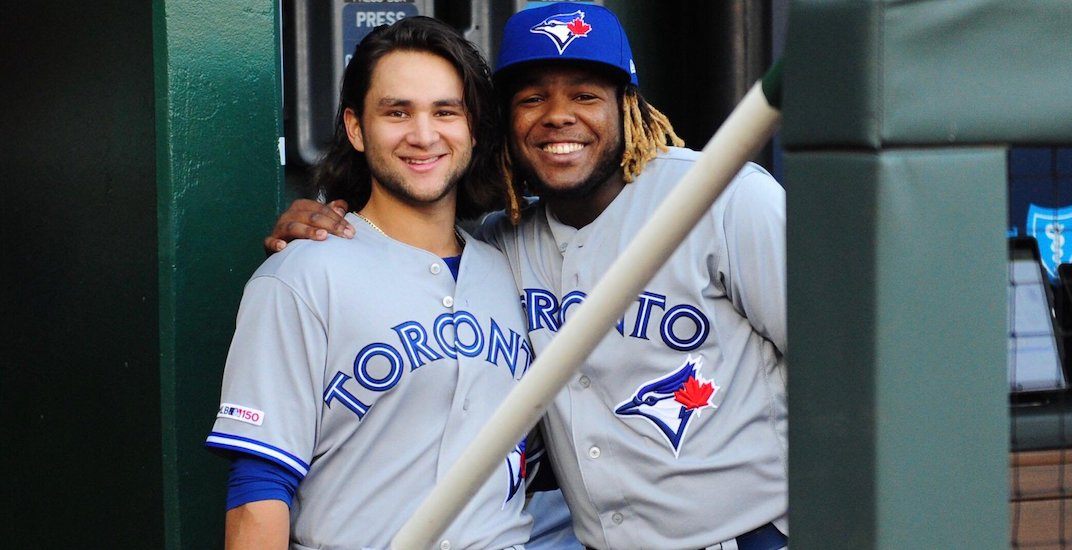 It’s commonplace to watch 25 Toronto Blue Jays on television during any given regular season game. But when can you meet an entire roster’s worth of players (and then some) in one sitting? Two words: Winter Fest.

The Blue Jays are hosting their third annual event, where fans get unprecedented access to current and former players in one setting. There are 62 players, coaches and alumni confirmed for the two-day event, January 18 and 19 at Rogers Centre.

More than 60 players, alumni and rookies are confirmed for #TBJWinterFest!

A total of 24 current members of the Blue Jays’ 40-man roster will make the trek to Toronto for the event. Fans can get autographs and meet players like Bo Bichette, Vladimir Guerrero Jr., Randal Grichuk, and Ken Giles.

Meanwhile, 26 Blue Jays alumni dating back to the 1978 team will take the field at Rogers Centre. Fan favourites like Roberto Alomar, Tom Henke, J.P. Arencibia, and Ricky Romero will be on hand.

For those looking to get a glimpse into the Blue Jays of the future, the team will have some of its most highly touted prospects at Winter Fest, with 11 attendees and counting. The organization’s number one prospect Nate Pearson makes his Winter Fest debut, and he’s bringing along other prospects like Logan Warmoth, Patrick Murphy, and Riley Adams.

The players are the focal point of the event, but fans can also tour the Blue Jays clubhouse, audition to be a broadcaster at the Sportsnet desk, hit in the batting tunnels, and watch players pitted against each other in game show-style competitions on stage.

For a taste of what to expect at this year’s Winter Fest, here’s a recap of what happened on the field during the event this past January.