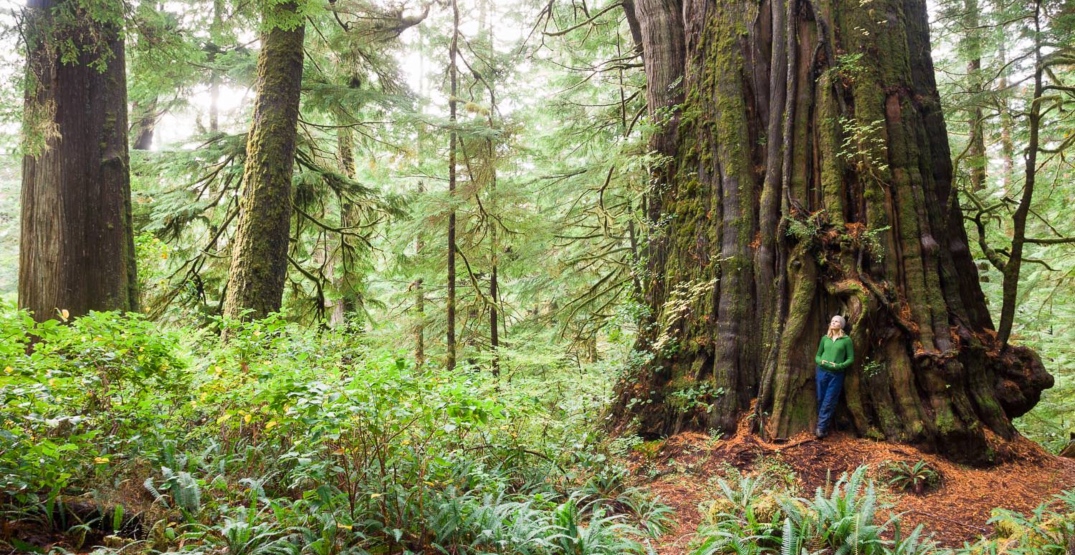 Curious to see the largest tree in the country? The biggest tree in Canada is a western redcedar called the “Cheewhat Giant.”

It’s in an extremely remote place, within the Pacific Rim National Park Reserve on Vancouver Island in BC. It’s not only the largest tree in Canada, but it’s also the largest western redcedar in the world.

The tree’s trunk is over six metres in diameter and 56 metres tall – that’s enough wood to create 450 telephone poles.

You can only reach the tree by driving on logging roads and hiking through the forest, so only experienced hikers make it out there and you can find directions to the tree online via various outdoors blogs.

Since it’s safely in a reserve, for now it’s safe from logging – but not safe from the disruption of nearby logging in the last unprotected old-growth forests right next to the park, says the Ancient Forest Alliance.

Ken Wu, Ancient Forest Alliance co-founder, said in a statement that “Pacific Rim is a very narrow, linear park just a couple kilometres wide along much of the West Coast Trail.”

“Old-growth logging adjacent to the park is silting up salmon streams that flow into the park, diminishing the contiguous wildlife habitat and undermining the wilderness experience for hikers who hear the roar of chainsaws through the narrow buffer of trees.”

Demonstrations like the Fairy Creek protests on Vancouver Island or even the Save Old Growth protests in Vancouver try to raise awareness of the issue in recent months, too. 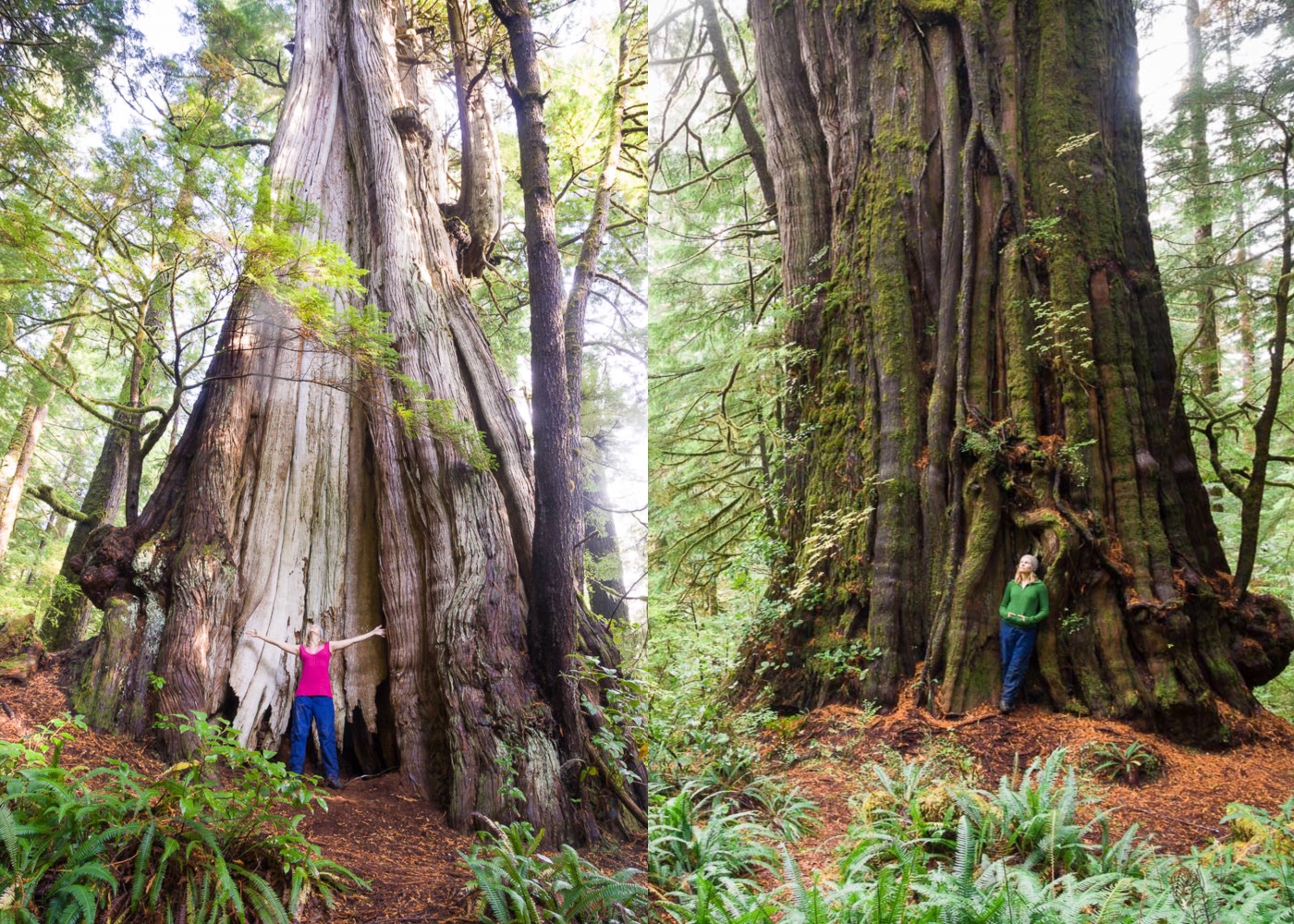 “The depletion of BC’s biggest, best old-growth stands and the resulting collapse of ecosystems and rural communities has parallels throughout the history of resource extraction.”

“We’ve seen it with countless fishing-down-the-food chain examples, such as the collapse of the Atlantic cod stocks. Why would we let this destructive history of blind greed repeat itself in BC’s forests?” said Wu.

You can learn more about the Ancient Forest Alliance and its work to protect endangered old-growth forests and ensure sustainable second-growth forestry on its website.

And if you want to see giant trees in person without driving on a remote logging road, you can easily explore Cathedral Grove in BC.