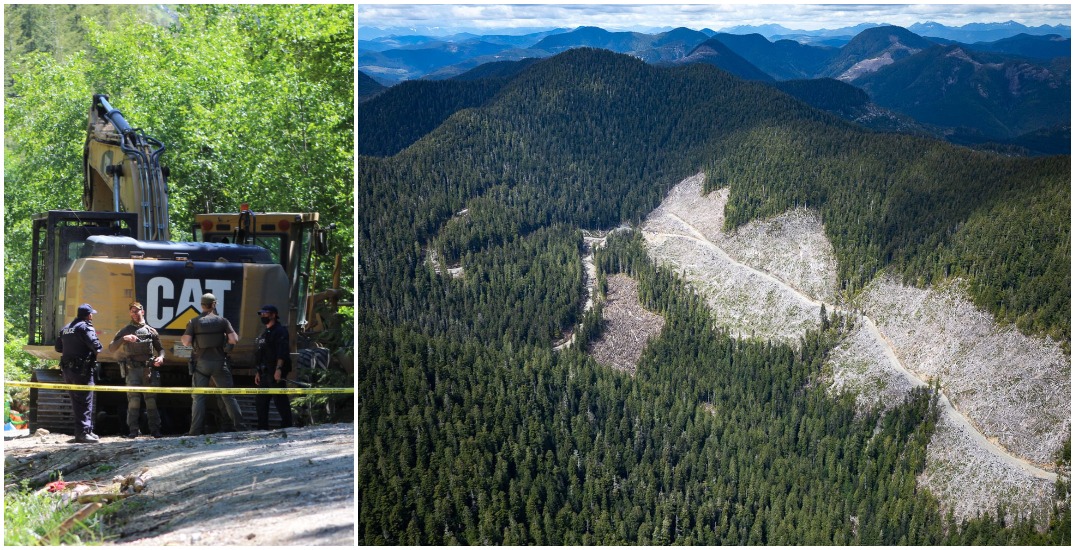 A massive outburst of civil disobedience in BC Premier John Horgan’s riding has forced his government to pause old growth logging in a sensitive valley known as Fairy Creek, near Port Renfrew on Southern Vancouver Island.

But while the chainsaws might be idle, for now, more than a month of bitter protests that resulted in the arrest of almost 200 environmentalists show no immediate signs of ending.

Horgan on Wednesday approved a request by the Pacheedaht, Huu-ay-aht and Ditidaht First Nations to pause old growth logging for two years in almost 2,000 hectares in Fairy Creek and an adjacent area known as the Central Walbran Valley.

“These are monumental steps,” said Horgan.

“I know it appears at the moment to be just another announcement by another premier. But these announcements are transformative for an industry that has been foundational to BC success. And will be foundational to our future success. But it has to be done in a different way.”

Logging company Teal-Jones has the tenure rights to harvest some old growth trees in the region, and earlier this year went to court to get an injunction to remove protesters so it could begin logging.

I took this epic shot. A forest defender sits atop a tripod at the Waterfall camp in the #fairycreek forest as an RCMP helicopter circles above her. She had been up there in the scorching sun for hours hoping to do her part to help save the ancient rain forest from logging. pic.twitter.com/y8YIAGeSV3

The company’s Tonewood division is one of the world’s largest suppliers of acoustic guitar heads and plans to use some old growth trees — cedar and spruce have the best grain — to make guitar parts and other instruments.

Now, it won’t be able to access old growth in the area for at least two years. Horgan said the province has no intention to compensate Teal-Jones unless the deferral lasts longer.

The three First Nations issued a statement saying they “welcome” the premier’s decision.

But in a sign of just how complex the situation is, they also took several thinly-veiled shots at the protesters, whose efforts to turn Fairy Creek into the flashpoint for a larger international effort to fight old growth logging have not entirely aligned with the wishes of the Indigenous communities.

“We expect to work with the BC government on how to manage any negative impacts that arise because of these deferrals,” the nations said in a statement.

“While this essential work is being carried out, we expect everyone to allow forestry operations approved by our Nations and the Government of British Columbia in other parts of our territories to continue without interruption.

“Please respect that our citizens have a constitutionally protected right to benefit economically from our lands, waters, and resources.”

The three First Nations are actually supportive of some logging in the region, as well as forestry partnerships and aboriginal-led logging of other types of trees. Forestry, when done in a sustainable way, supports local jobs and cultural practices in the nations.

That’s put many in the three First Nations communities at odds with the Rainforest Flying Squad, which has organized the protest and turned it into an international event that has caught the support of celebrities like Marvel actor Mark Ruffalo.

Unable to obtain vocal public support from traditional First Nations elected and hereditary leaders in the area, they’ve rallied around Pacheedaht elder Bill Jones, who has supported their protest but also admitted he does not speak for his entire community.

The Rainforest Flying Squad on Wednesday said it was taking time to review the premier’s announcement but it fell short of protecting the larger area, which could still be at risk for old growth logging.

“It’s a good deferral,” said member Saul Arbess. “However, it falls short of the deferrals required to pause logging in all of the critically endangered areas currently being defended, for generations to come.”

In the short-term at least, the protests are likely to continue.

The three First Nations say they’ll immediately start work on an integrated resource management plan for their forests, which will balance old growth, logging and the economic benefits of using their land.

But they argue protesters should stay out of that discussion, because they have no right to speak on behalf of the lands, waters and resources in the area.

RCMP guard a piece of heavy machinery owned by Teal Jones logging company near the entrance to an ancient temperate rain forest in the #fairycreek forest. pic.twitter.com/oABi3B0tGI

“We respect the right of individuals to protest safely, lawfully, and peacefully, providing it does not interfere with authorized forestry activities,” read the statement from the nations.

“For third parties to be welcome in our ḥahahuułi they must respect our governance and stewardship, our right to economically benefit from our resources, and our sacred principles.”

The deferral provides a temporary reprieve for the Horgan government, which has been under pressure to chart a modern course for B.C.’s forestry sector that moves away from cutting down irreplaceable old growth trees – but not so quickly that it decimates an industry that still provides thousands of good-paying jobs across the province.

“I want British Columbians to understand absolutely clearly, we are doing things differently in BC,” Horgan said Wednesday.

The BC Greens have been calling on Horgan to take the advice of an independent report he commissioned last year that called for an immediate deferral of all old growth logging in high-risk areas of biodiversity. Horgan, though, has said he wants to consult with First Nations in those areas first.

Horgan sidestepped a question about whether he’ll immediately grant other First Nations deferrals on old growth logging, based on his reaction to Fairy Creek.

“This government has a tendency to spin numbers and mislead British Columbians when it comes to protecting old growth,” said Green leader Sonia Furstenau.

“They have a long way to go to rebuild trust on this issue.”

Wednesday’s deferral seems to have created a bit of a pause in the rhetoric and frustration around Fairy Creek. But it’s fragile and temporary, at best.

While protests continue, all eyes remain on the Horgan government for next steps. The premier said more old growth deferral announcements are coming as early as this summer.