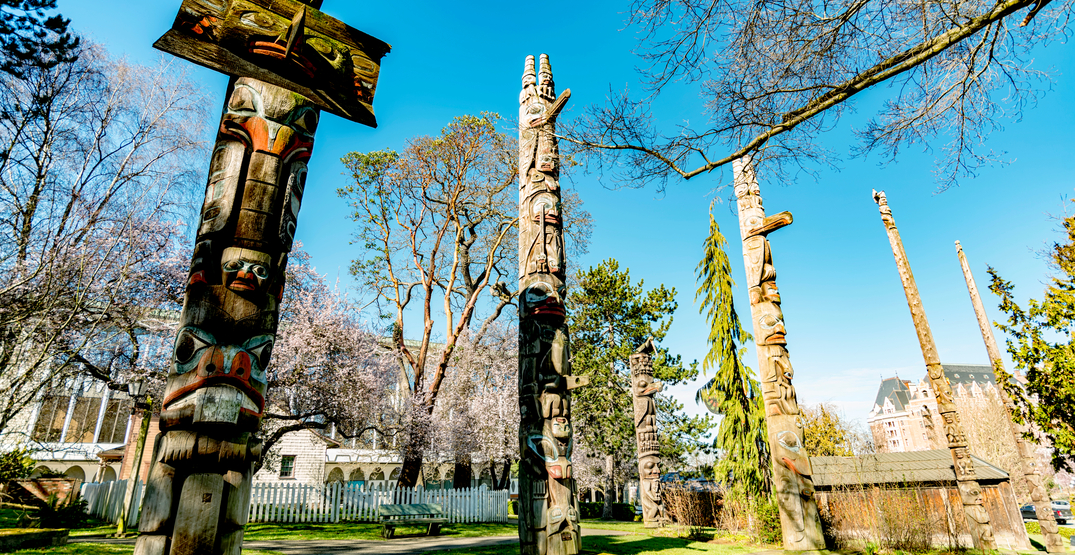 Small cities can overall be pretty underrated. But it’s no surprise that some small cities in our beautiful province rank among the best in all of Canada.

Three out of the top 10 spots of course went to BC.

So let’s dive in on which small cities in BC made the cut and might just persuade you to move to one of them, too.

“Canada’s best small city is, for the most part, a cipher for the rest of the country, with more of us having a better familiarity with Florida than with this provincial capital on the edge of a continent,” the ranking touts.

Did you know? Victoria has been ranked Canada’s best small city! Check out the article from @Resonanceco to see how #yyj ranked among other top urban destinations: https://t.co/9crCQ9t8bX pic.twitter.com/b0zIDxyIII

The city is also placed in the top five spots in the diverse Place category and is #2 for its Parks & Outdoors.

Victoria does not score very high in the Weather subcategory as it ranks in 35th place.

However, the city redeems itself for its recognized nightlife, ranking #1 in Canada in our vibrant Programming category.

“This is where craft brewing in Canada was born, after all, with trailblazer Spinnakers still open and always a must-visit for beer aficionados,” the Resonance Consultancy website reads.

The city is also recognized for attracting “outdoorsy and health-conscious” folks as the “pandemic has only pushed more people to discover a region where you can surf, mountain bike and put in eight hours at the office all in one day.”

The third-largest urban centre in the province has been described as the “heart of Western Canada’s bountiful, fertile agriculture industry,” Resonance Consultancy said.

The organization has ranked Kelowna at #5 for its impressive growing metropolitan area.

The city ranks #8 for Relocation.

“The running joke locally is that everyone here was a recent arrival at some point,” the ranking reads.

While forest fires during the dry and hot summer months, Kelowna is still in the top 10 air quality among Canada’s small cities.

For a city with the smallest population in the top 25, it adds North Vancouver has some of the biggest natural attributes and increasingly, urban ones in the country.

“The scenery is immersive and enveloping as you stand on the public pier jutting out into Burrard Inlet. To the south is one of the best big-city views in Canada, with Vancouver’s glassy spires flanked by Stanley Park to the west and the orange cranes of the Port of Vancouver to the east. Wheel around and, past the new residential towers and two hotels, you’ll see verdant mountains—snow-capped more often than not—looming to the north,” the ranking touts.

And with a number of options to get away from the city and into the wilderness, the organization reminds Canadians that if cycling isn’t your thing, skiing and snowboarding at Grouse Mountain, Seymour or Cypress is less than an hour away.

“No wonder locals rank #1 in our Self-employed subcategory. Who could stick to a 9-to-5 with the great outdoors calling daily?”

Coming in at #18, the ranking says Kamloops is so much more than the outdoor playground for British Columbians.

“Today [the city is] a thriving hometown of wineries, luxury guest ranches, fly-fishing retreats (more than 100 lakes stocked with rainbow trout lakes are within an hour’s drive) and the most golf courses per capita in Canada,” the ranking reads.

This city is even the backdrop to film productions like The X-Files and Lost in Space.

Resonance Consultancy says Nanaimo has become “a coveted hometown” among its “fresh air and wilderness, with the best air quality among Canada’s small cities (tied with North Vancouver), and top five for Parks & Outdoors.”

The city is home to massive city green spaces like Bowen Park and mystical mountain lakes a short ways away.

“As such, it tops Canada’s small cities in our vital Place category.”

Since 2001, the population in this city has grown 35%, which means it holds the #1 spot for Relocation and #13 in Population Growth.

“New residents can’t help bragging how they can surf and ski in the same weekend just by getting in their car.”

And with just a ferry ride, locals can just hop on and visit the Lower Mainland.

This small metropolitan area is described as one of the most coveted hometowns in Canada.

The ranking puts this city in the #5 slot for its self-employed residents.

Ranking number two (just behind Victoria) is Saanich is noticed for the number of residents who bike to work showcasing a sign that sustainability is paramount.