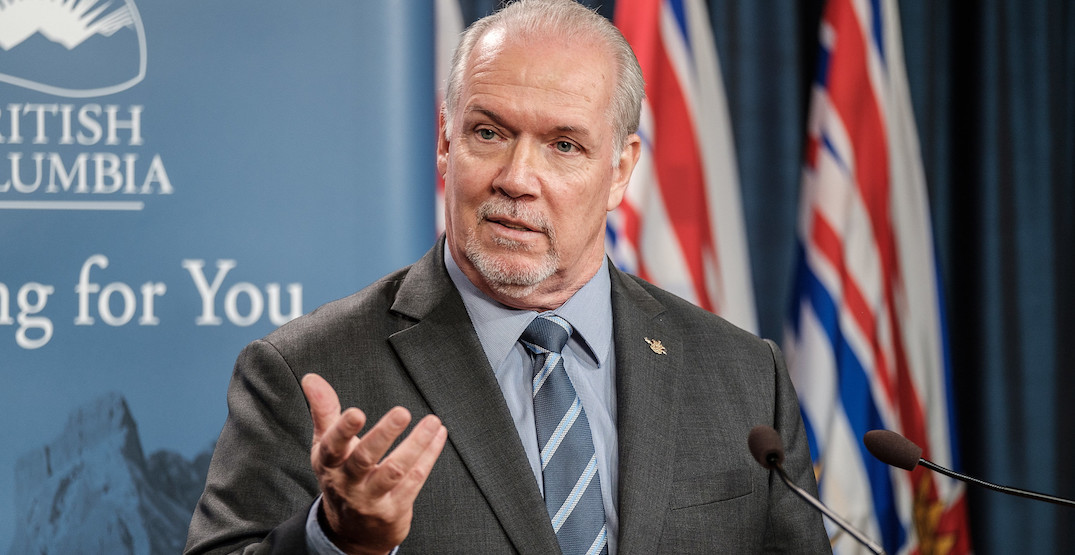 It’s full steam ahead for Vancouver’s bid to host NHL games at Rogers Arena this summer.

Horgan said that the province and the Canucks have submitted proposals to the league, and that he will be speaking with NHL Commissioner Gary Bettman later this week.

“I would very much like to see it happen if we can do it in a safe way,” said Horgan. “We’re not going to see bums in seats unfortunately … but we’ll be able to get a television product.”

“I’m talking to Gary Bettman later in the week… We’ve exchanged correspondence, my government’s been in touch with the owners of the Canucks, they’re very interested in this.”

Vancouver appears to have competition from Edmonton, which can offer a newer home arena with an attached practice rink. Vancouver, however, has the advantage of, well, not being Edmonton.

“I know that many of the players love coming to the coast, they live here in the offseason. If you played for the Canucks and you’re traded away, you come back all the time. So I think British Columbia has a lot to offer the NHL, and based on the correspondence and the discussions, the NHL sees that as well.”

In a letter sent to Bettman last week, Horgan trumpeted BC’s efforts in flattening the curve, saying the province is “among the few jurisdictions in North America where a plan that adheres to public health orders and that offers a comfortable, safe, and secure environment for the players and their families can be developed.”

Vancouver also currently has the advantage of allowing international flights, whereas players seeking to fly to Edmonton would have to connect in Vancouver, Calgary, Toronto, or Montreal.

“We believe that we can do a pretty good job here in British Columbia,” said Horgan. “We have a lot of hotel capacity, we’ve got some outstanding facilities — not just Rogers Arena but a whole host of other arenas around the province. We’ve put some proposals to the NHL, the Canucks have put some proposals in, and I think Vancouver and in fact British Columbia could play a role there.”

Horgan confirmed that anyone from the NHL arriving to Vancouver would have to adhere to the same rules as anyone else, but said that “14 days of self-isolation for a family in British Columbia is pretty appealing.”

In other words, it’s not Edmonton.