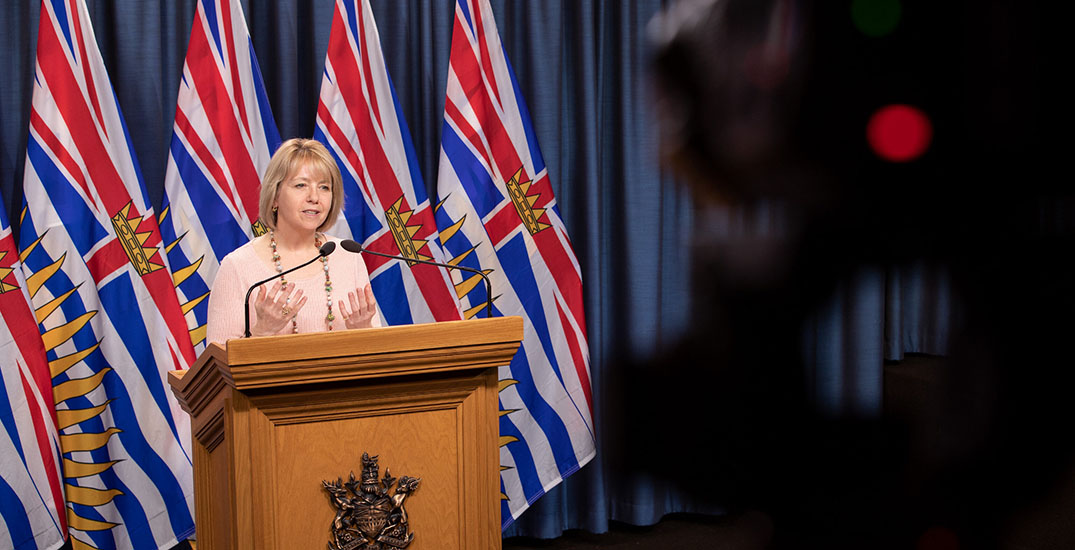 Provincial Health Officer Dr. Bonnie Henry said the province is in a much better place than it was a couple of months ago, and expects we can move to Phase 2 of the restart plan by next week.

But she cautioned against moving too quickly and seeing a resurgence of cases, which would push the province back to earlier stages of its restart plan.

“Be patient. That’s my word for the day. Patience,” she said.

So far, 1,719 people have recovered from their illness, meaning only 504 of the known cases are active infections.

Broken down by health region, there have been 873 cases in Vancouver Coastal Health, 1,118 cases in Fraser Health, 125 in Island Health, 180 cases in Interior Health, and 57 cases in Northern Health.

Henry also said one more person has died from the virus. This pushes BC’s death toll to 130.

“Our hearts go out and our condolences go out to the families, the caregivers, and the communities,” she said.

A community outbreak among temporary foreign workers at Kelowna nursery has now been declared over, Henry added. There are 19 active outbreaks at long-term care homes in the province right now, with 19 previous outbreaks declared over.

Health Minister Adrian Dix reminded British Columbians that we’re still in Phase 1 of the pandemic response plan, and urged people to keep that in mind over the May long weekend.

COVID-19 is “looking for chances to take a greater hold again,” he said, adding “the best place to be in BC is where you live.”

He closed his remarks by urging residents to “stay local, stay apart, and stay safe.”