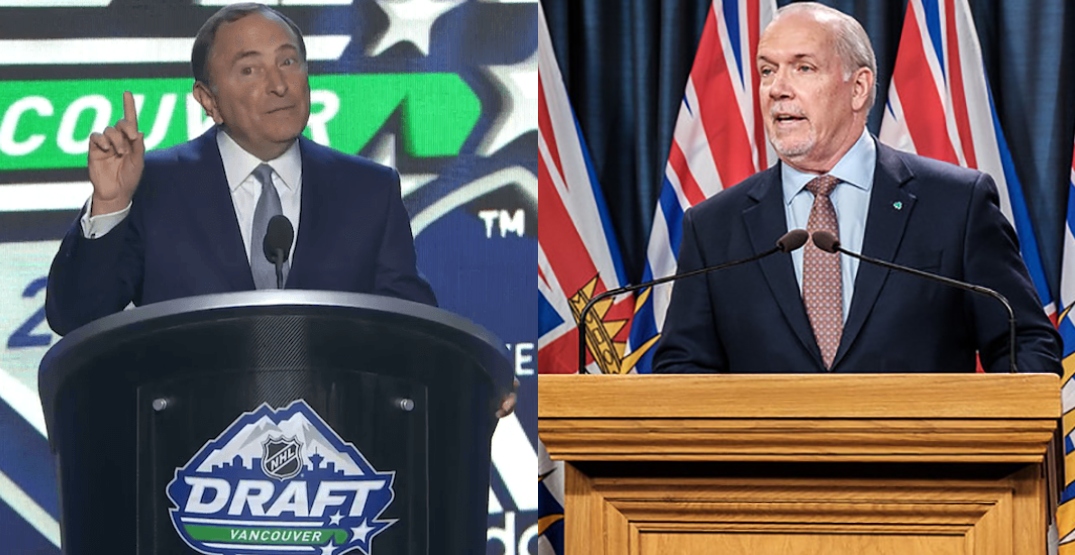 The Government of British Columbia has not been shy about its desire to host NHL hockey games this summer, should the league be able to resume the 2019-20 season.

After outlining the province’s plan to reopen the economy on Tuesday, BC Premier John Horgan said he has spoken to the “head of the NHL as well as the NHL Player’s Association to offer British Columbia as a place to potentially restart the NHL,” under the assumption that games would be played without fans in attendance.

In a letter addressed to NHL Commissioner Gary Bettman, Horgan stated the case for BC, calling the province the “ideal location to host the resumption of NHL games.” Horgan added that BC was in a “unique position” to host NHL hockey based on the province’s history of hosting two IIHF World Junior Championships and the 2010 Winter Olympics.

Horgan also noted BC’s “success” in containing COVID-19, saying the province “is among the few jurisdictions in North America where a plan that adheres to public health orders and that offers a comfortable, safe, and secure environment for the players and their families can be developed.”

Here’s the full letter to Bettman, obtained by Daily Hive from the provincial government: 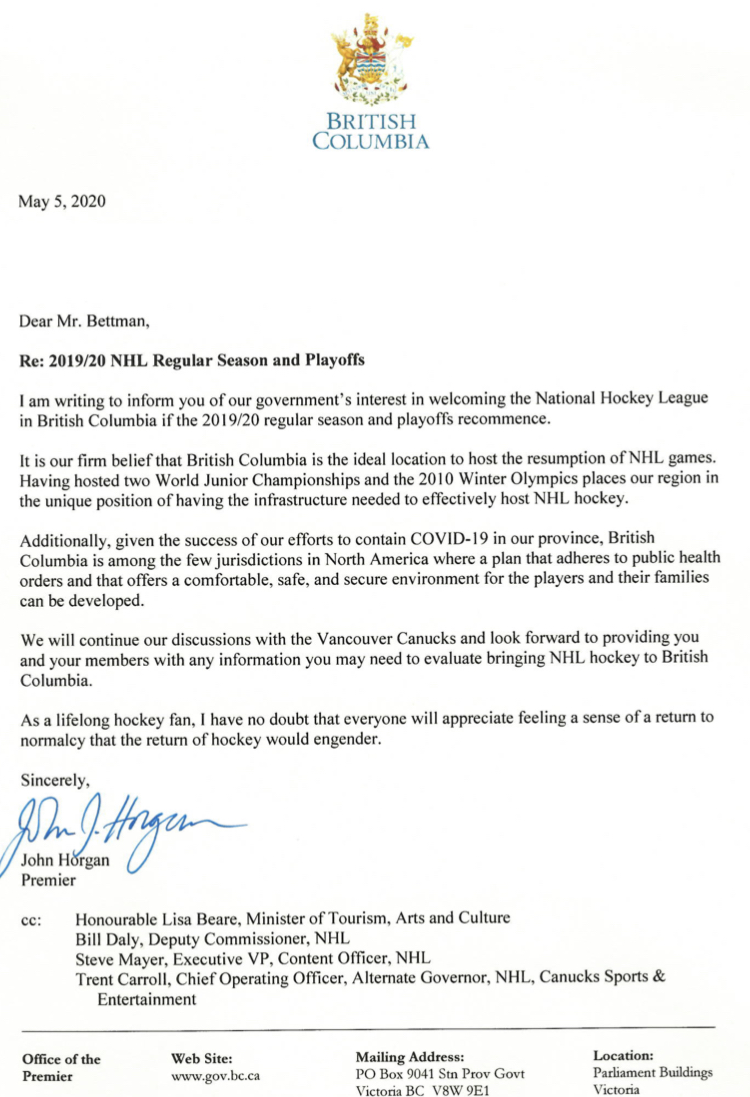 Bettman replied on Wednesday, a Government of BC spokesperson told Daily Hive, thanking Horgan for his “kind invitation and expression of support to the NHL.”

Thank you for your kind invitation and expression of support to the NHL. We will certainly let you know if there is anything we need and will keep you informed as we continue to focus on where we might resume playing.

I am delighted, and not surprised, to know that you are a hockey fan. I, like you, cannot wait for the return of our game.

Please feel free to reach out to me at any time. Best personal regards.

While fans won’t be allowed to attend games even if the NHL can resume play, there are benefits to hosting games locally, notably an influx of money into the economy. Players, coaches, and staff will need lodging at nearby hotels, as well as food from restaurants or caterers.

The league is currently considering resuming play in four hub cities, with Vancouver and Edmonton reportedly the frontrunners for games between eight Pacific Division teams, which of course includes the Vancouver Canucks.

While there are potential health concerns, BC Provincial Health Officer Dr. Bonnie Henry said she supports the idea, noting “there are ways that we can do it safely.”