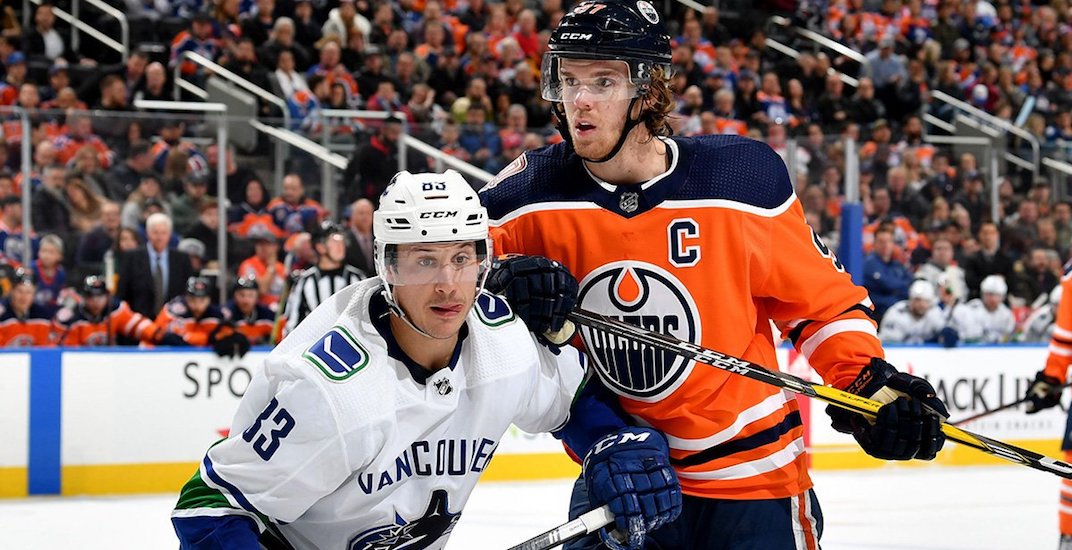 Rogers Place in Edmonton could be one of only four locations hosting NHL hockey this summer, according to a report by ESPN’s Greg Wyshynski.

Alberta Premier Jason Kenney has confirmed that he did speak to NHL Commissioner Gary Bettman, though a lot has to happen between now and this summer before the league can resume play.

“I did receive a call from NHL Commissioner Gary Bettman, who wanted to ask some questions about Alberta’s status in combatting COVID,” Kenney said at his daily media briefing on Wednesday. “There was very general conversation. We have not received a formal proposal of any kind. I underscored that if there was a proposal forthcoming, we would obviously expect the league to prepare a very detailed plan to mitigate risk.”

The NHL has reportedly moved away from an idea to hold games in neutral sites in sparsely populated locations with low coronavirus infection rates due to logistical reasons related to player accommodation, facilities for league and team staff, and the ability to host multiple broadcast crews. Saskatoon, Saskatchewan; Grand Forks, North Dakota; and Manchester, New Hampshire were three of the rumoured locations.

The new plan would have teams split up by division, playing games in four locations. Edmonton is the frontrunner for the Pacific Division, according to ESPN, with Carolina (Metropolitan) and Minnesota (Central) also favoured at this point. No frontrunner has been identified for the Atlantic Division yet.

Eight people have died from COVID-19 in Edmonton, and there are 82 active cases of the virus in the Alberta capital, which is a relatively low number compared to other major Canadian cities.

The NHL suspended play on March 12, with each of its 30 teams having between 11-14 games left to play in the regular season.

The hope at this point is that season can resume in July and August, without fans in the stands. A number of logistics would need to be ironed out by then, including a plan to ensure players are protected from the virus, not to mention having the ability for cross-border flights.

“Obviously as we get into the summer, we hope to be able to see somewhat more activity as part of our relaunch,” added Kenney. “It’s pretty clear to me that if something like that were to happen, we would not have large crowds gathering in arenas. I gather the NHL is looking at finishing the season in arenas for television purposes but without large crowds. Whether or not we can accommodate that, we do not yet know. We have not yet received a formal request. Obviously we would turn to the medical officer for her advice.”