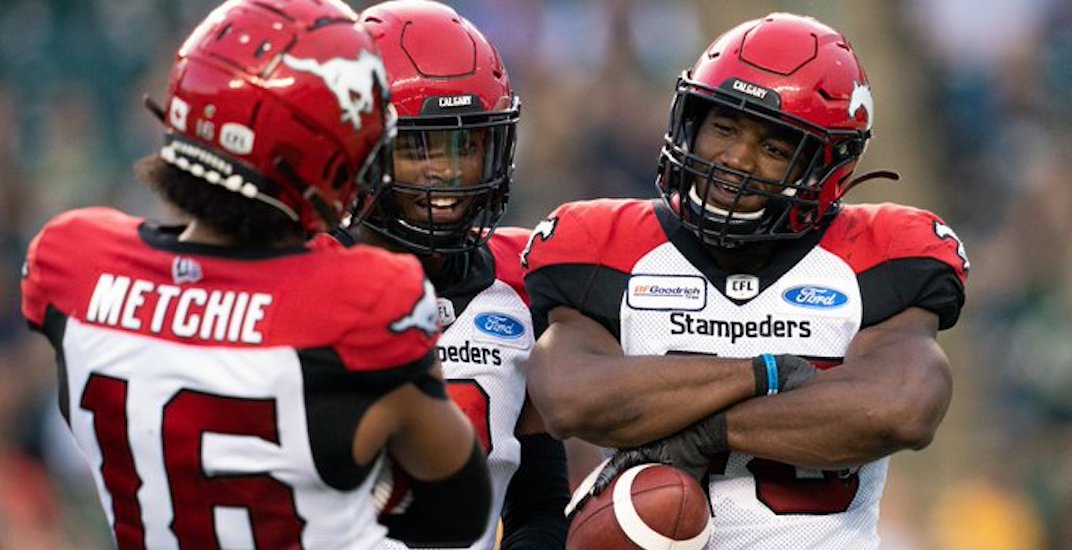 The CFL regular season concluded on Saturday and now the real fun is about to begin.

A 23-13 win by Saskatchewan (13-5) over the Edmonton Eskimos (8-10) secured first place in the West for the Roughriders, who will get a first-round bye.

That meant that the Calgary Stampeders (12-6) had to settle for second place, following a 21-16 win in BC (5-13). The Stamps will host a home playoff game next weekend against the Winnipeg Blue Bombers (11-7).

It was much less dramatic in the East, where the first-place Hamilton Tiger-Cats (15-3) and second-place Montreal Alouettes (10-8) have known where they’d finish for weeks. Next week Montreal will host Edmonton, a crossover team from the West, in the Eastern semi-final.

Montreal hosts Edmonton in the first playoff game on Sunday, November 10 at 1 pm ET / 10 am PT at Molson Stadium. McMahon Stadium in Calgary will be the venue for the second half of the doubleheader, with the Stampeders taking on the Blue Bombers, beginning at 4:30 pm ET / 1:30 pm PT (that’s 2:30 pm in Calgary).

All games will be televised on TSN.

The @Shaw_CFL #RoadtotheGreyCup is set. 🛣

This year’s Grey Cup is scheduled for Sunday, November 24 at McMahon Stadium in Calgary.