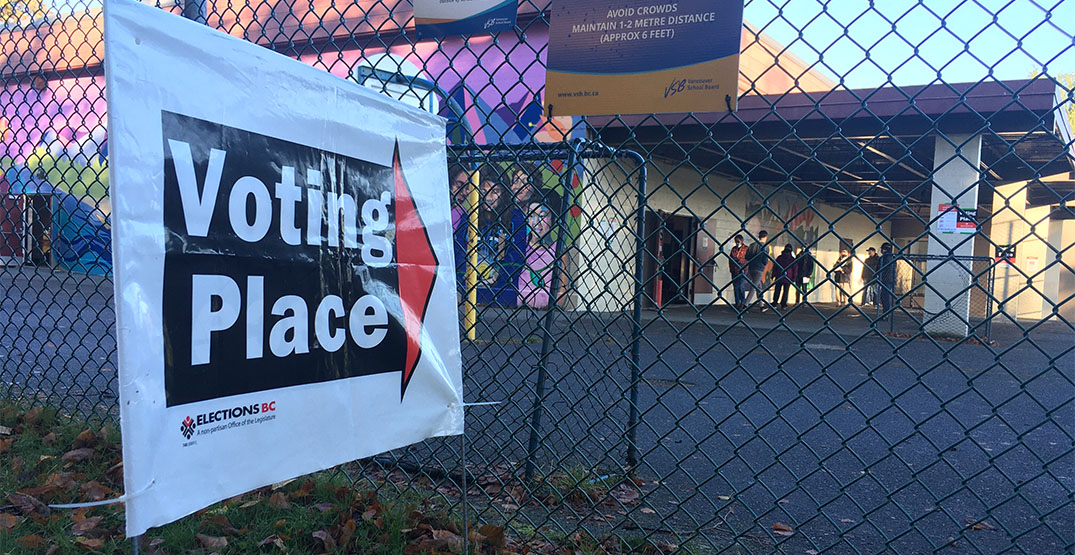 Many British Columbians donned face masks Saturday to cast their vote in the 2020 provincial election.

By 9 am in Mount Pleasant, a physically distanced lineup was already forming outside the entrance to one polling station, which like its counterparts around the province has new capacity limits because of the coronavirus pandemic.

The sunny but crisp October weather in the Lower Mainland is allowing voters to stay dry while waiting for their turn at the ballot box. 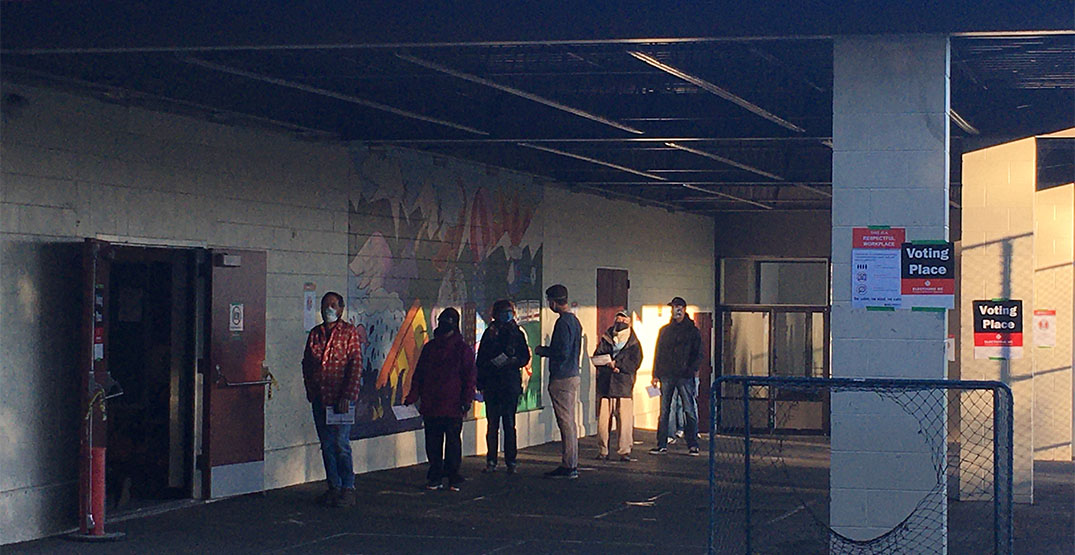 British Columbians eligible to vote have until 8 pm to head to a polling station and mark a ballot.

Many more people than usual are voting by mail this election. As of Friday, nearly half a million mail-in ballots had already been returned, according to Elections BC.

Premier John Horgan of BC NDP called the mid-pandemic snap election in late September, in a bid to win his party more seats in the legislature and achieve stability as the province navigates remainder of the global pandemic.

The other party leaders are also trying to convince voters to favour them. BC Liberal leader Andrew Wilkinson spoke to Daily Hive about wanting to restore confidence and rebuild BC, while BC Green leader Sonia Furstenau talked about her wish for a “different kind of politics.”