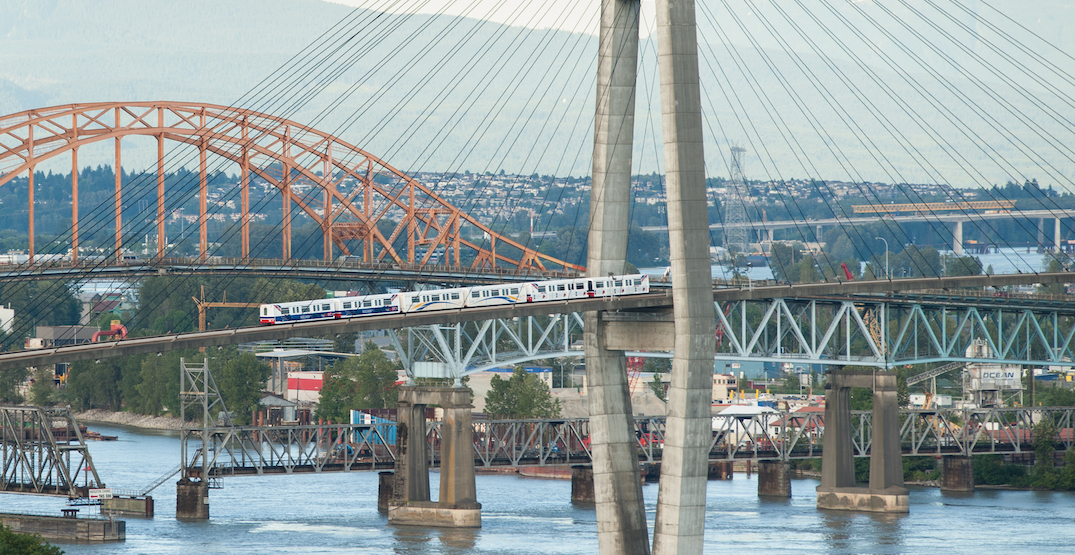 What are some of the most significant transportation issues facing Metro Vancouver, and how do each of the three parties compare in their platform?

The two main parties, BC Liberals and BC NDP, have infrastructure plans totalling $8 billion and $9 billion, respectively. While this includes new schools, hospitals, and community facilities, much of this is set aside towards new transportation infrastructure, especially as an economic stimulus.

The transportation platform of the BC Liberals gravitates more around improving road infrastructure, specifically the replacement of the much-maligned George Massey Tunnel, while the BC NDP have focused their resources on expanding public transit, particularly the entirety of the shovel-ready SkyTrain extension between Surrey and Langley.

This is a breakdown of the key transportation issues in Metro Vancouver for the 2020 BC Election:

TransLink is aiming to build the $3.1-billion, 16-km, eight-station Surrey-Langley SkyTrain extension between King George Station and Langley Centre in a single phase. Currently, there is only $1.6 billion in cancelled LRT funding to build a seven-km, four-station phase reaching Fleetwood, leaving the remaining $1.5-billion leg for a future stage of the project.

This SkyTrain extension is a key Mayors’ Council transportation expansion priority, along with the plan to accelerate the transition to an electric-battery bus fleet.

BC Liberals: The platform does not specifically support the SkyTrain extension, but they have stated they will support “TransLink expansion to go where the population is growing in Metro Vancouver — including south of the Fraser, the Fraser Valley, and North Vancouver.” When asked, the party also did not specify their support for the Mayors’ Council’s 10-year expansion plan.

BC NDP: They have indicated they will prioritize this project by having the BC Ministry of Transportation and Infrastructure take over the project from TransLink to expedite its implementation. The party wants the federal government to become a funding partner with the provincial government for the additional funding needed to bring the SkyTrain extension to Langley. The party says it is committed to the Mayors’ Council’s plan.

BC Greens: They state this will be one of their top priorities, as part of their overall commitment to the Mayors’ Council’s plan.

As a result of COVID-19’s impact on revenues generated by transportation demand, TransLink is facing a multi-billion dollar structural deficit this decade.

In September, the provincial and federal governments announced 50-50 commitment that allocates over $1 billion to BC’s public transit systems for emergency operating funding, including $644 million to TransLink. This covers forecasted revenue losses and allows near-normal service levels through 2021.

While the public transit authority has indicated it wants the provincial government to explore more stable long-term funding after the pandemic, there is also a desire to secure further funding assistance after the current operating funding expires in late 2021.

BC Liberals: When asked, the party did not provide a specific answer.

BC NDP: The party states “public transit is an essential part of the strength of our economy, and is critical for our economic recovery.” It has indicated that it will continue to support TransLink, BC Transit, and BC Ferries in their years-long recovery.

BC Greens: The party will make this one of their top priorities, as “we cannot let our transit infrastructure be compromised by the pandemic — instead we need to double down on these investments.”

The 1959-built, four-lane tunnel is one of the region’s busiest and most congested crossings, and it suffers from major seismic deficiencies.

The BC Liberals’ plan for replacing the tunnel would have commenced construction in late 2017 for an opening in 2022. However, the BC NDP and BC Greens opposed the original plan over concerns that it would provide too much road capacity and result in more urban sprawl and car use.

But with the project now officially back on the drawing board, a replacement that replaces the existing tunnel could be many years away.

BC Liberals: They have indicated the revival of their party’s previous 10-lane bridge replacement plan — accompanied with 24 km of Highway 99 improvements with HOV/bus lanes starting from the south end of the Oak Street Bridge — will be prioritized as a key economic stimulus project. Construction will begin immediately as it will use the exact designs of the previous project, eliminating the need for another environmental approval.

BC NDP: A replacement is not highlighted in the platform. The party will remain on the same course with its pre-election approach of replacing the tunnel with a new eight-lane crossing as either a long-span suspension bridge or immersed tunnel, with an environmental review required and completion aimed near the end of the decade at the earliest. It previously asserted there was a low cost-benefit ratio for the previous project’s HOV/bus infrastructure along Highway 99. The party asserts the BC Liberals’ platform to revive the 10-lane bridge project will cause further replacement delays.

BC Greens: The party previously noted their opposition to the BC Liberals’ previous 10-lane bridge project, and supported the BC NDP’s process for redesigning the replacement crossing.

Municipalities in eastern Metro Vancouver and the Fraser Valley have been urging for the modernization and widening of Highway 1 to a six-lane standard, given the eastward shift in the region’s population growth, and the delays to both commuters and freight traffic.

BC Liberals: They will widen Highway 1 in the Fraser Valley to the six-lane standard all the way to Whatcom Road in Abbotsford.

BC NDP: The party has promised to “modernize and widen” Highway 1 to Abbotsford by 2026.

BC Greens: Widening Highway 1 was not included in their platform.