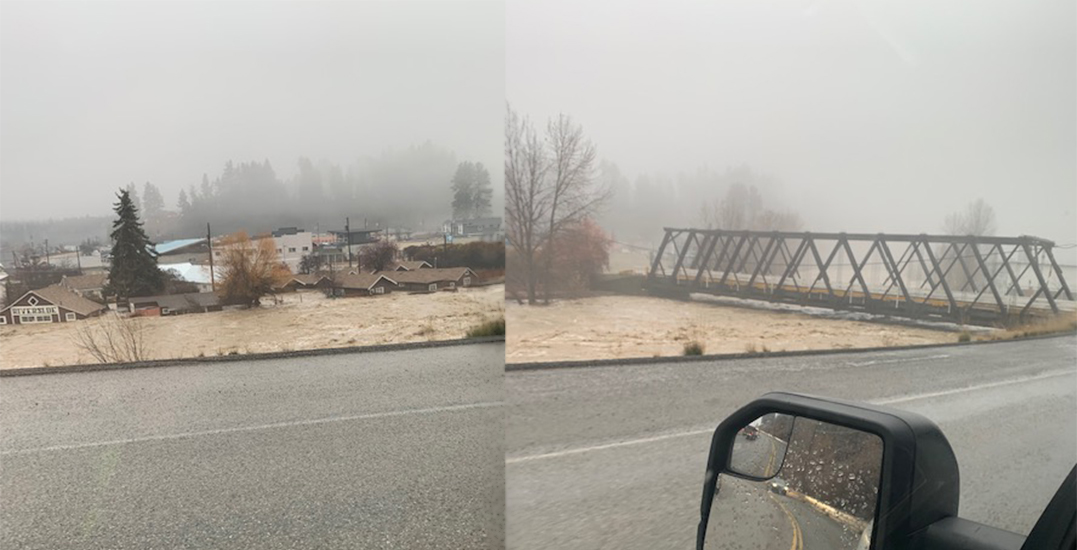 Flooding near Princeton and Highway 3 (AIMRoads/Twitter)

This past weekend’s atmospheric river brought a month’s worth of rain to parts of British Columbia.

On Monday morning, the provincial government provided an update on the storm as well as the recent flooding and mudslide events occurring around BC.

Armel Castellan, Warning and Preparedness meteorologist with Environment Canada, addressed the torrential rain and the “parade of storms” seen since mid-November.

“We’re seeing what has fallen in the last 24 to 36 hours as being equivalent to and surpassing some monthly November statistics for some locations,” he explained. “Which is saying a lot considering November is our wettest month.”

Castellan added that in September and October, BC received “well above 200% of normal precipitation,” adding that November picked up in earnest.

“We went from extremely dry and hot, obviously, from the summertime to flipping that switch in earnest. And really dealing with essentially a parade of storms with very few breaks.”

“This is our fourth or fifth atmospheric river. We’ve had three weather bombs just off-shore. There have been wind events as well, so it’s been extraordinarily active.”

And while the heavy precipitation is expected to taper off throughout Monday, he warns that “we’re not totally in the clear.”

“We are expecting continued rain today through much of the day, ending in the afternoon or tapering off as the system moves south,” Castellan says. “Behind that is a very sharp cold front.”

Winds of up to 70 km/h are expected, with gusts of 90 km/h. BC’s southwest interior will also see winter storm conditions in areas such as Rogers Pass.

“Potential power outages are likely with this secondary pulse into the afternoon and early evening,” he adds.