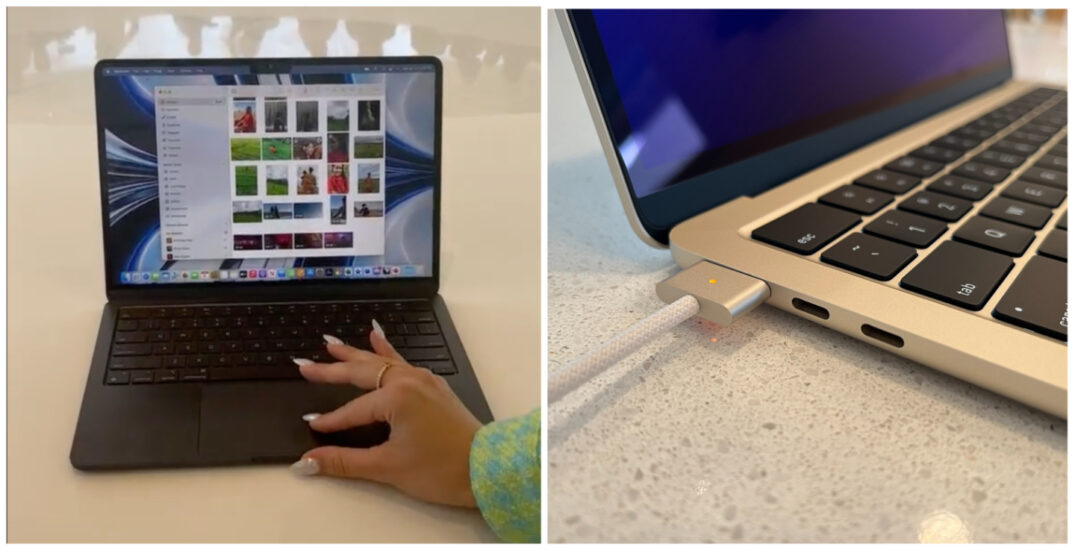 It has been just over a month since Apple announced its new MacBook Air with the new M2 processor at its Worldwide Developers Conference (WWDC) at Apple Park in California.

Now, the highly anticipated device is available for consumers to order.

With a bigger and brighter display and the fastest processor yet, the revamp of the world’s most popular laptop is one of the hottest tech gadgets on the market.

Daily Hive took a spin on the new device to see how it compares to previous models. 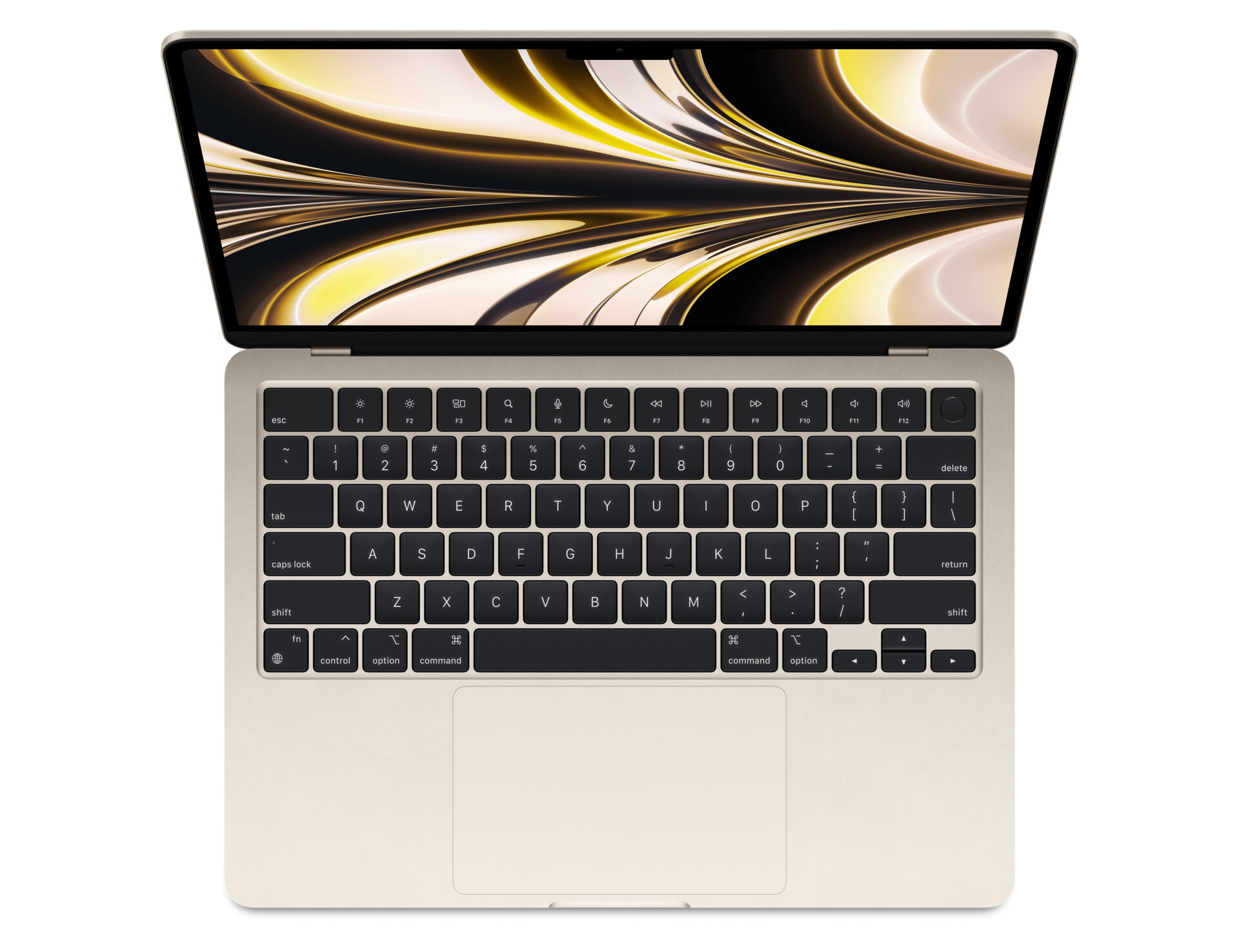 For reference, my comparisons are based on my current rose gold (yes, a little extra) almost four-year-old MacBook Air, used every day for work, often with way too many tabs open.

My review focuses on some of the main technical upgrades — the M2 chip, speed, display, video editing and sound quality — as well as the overall look and feel.

The first thing you notice is the new uniformly flat design of the MacBook M2. Gone are the days of the “wedge” shape that was necessary to house the fan and the larger processor. So the fanless flat design definitely gets extra points for style. 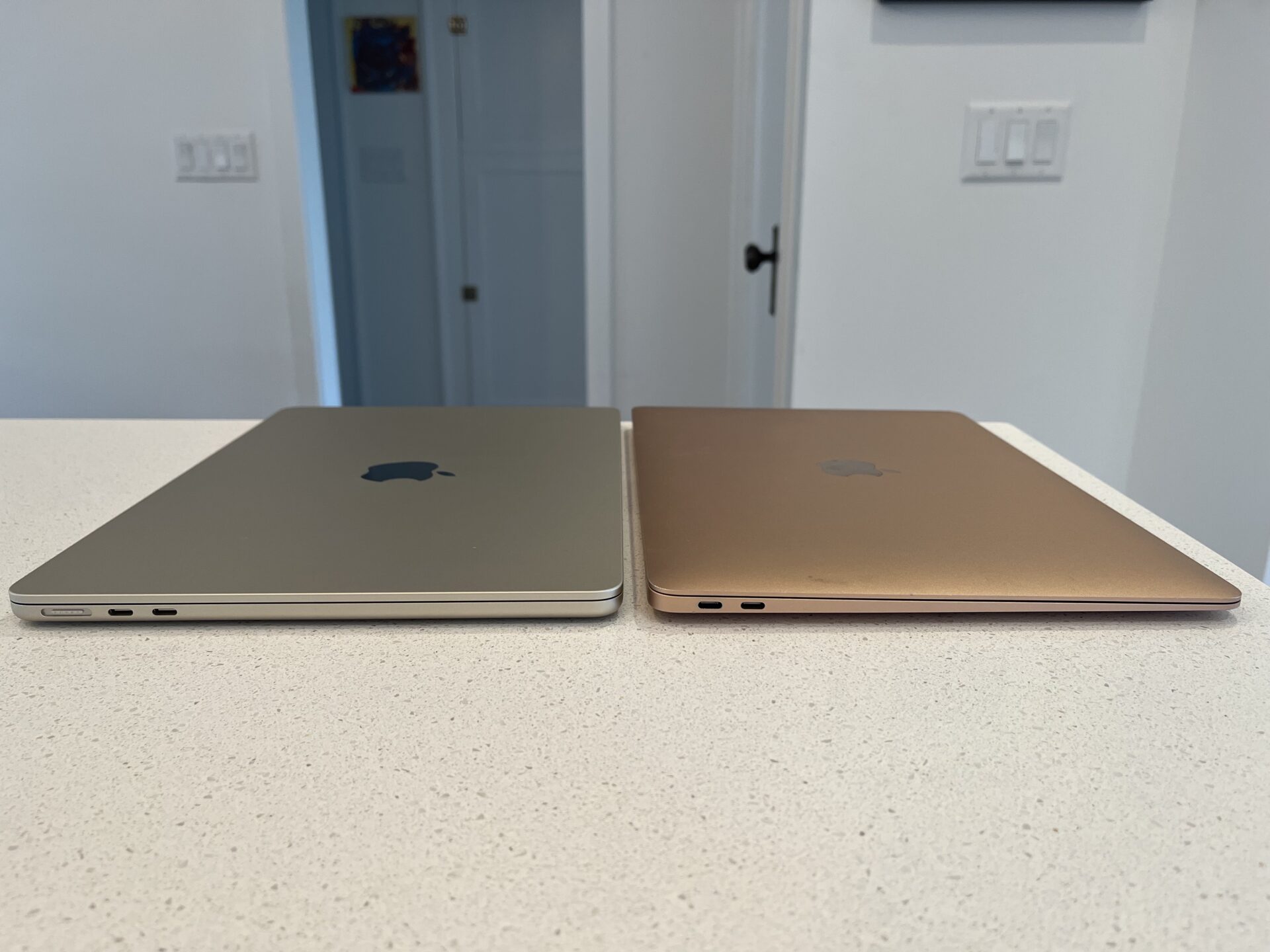 The new uniformly flat design of the MacBook Air M2, on left, versus a three-year-old MacBook with the “wedge” shape

Weighing just 2.7 pounds and measuring 11.3 mm thin, it’s also noticeably skinnier and sleeker than the previous model. Being approximately 20% smaller by volume, it’s also lighter, which is handy if you’re like me, commuting with your device in your bag. That said, the all-aluminum unibody feels solid, not flimsy, and definitely feels more durable than my older model. 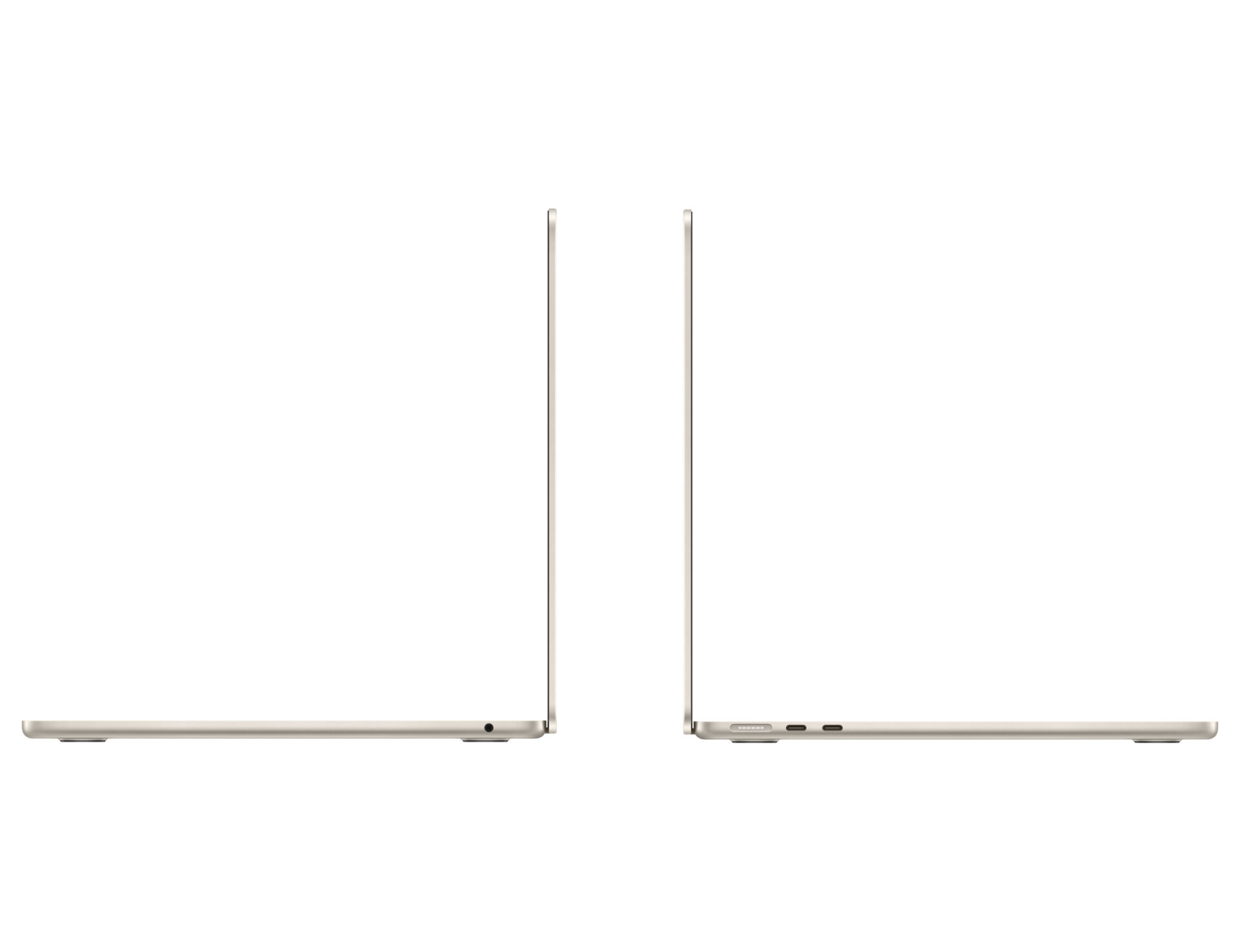 A look at the thinner profile of the MacBook Air M2

The MacBook Air was redesigned around the smaller M2, which frees up space for other things. The larger 13.6-inch Liquid Retina display has been expanded closer to the sides and up around the camera to make room for the menu bar. That extra space pays off — you end up with much thinner borders and have more real estate to see what you’re working on.

My current MacBook is a rose gold finish, and I have to admit I was a bit bummed when the colour was discontinued — at least, it is not being offered in this iteration.

Instead, you have a choice of four new finishes. In addition to silver and space grey, there are also the two new options of midnight and starlight. I opted for starlight because I like the lighter, more sleek metallic finish. 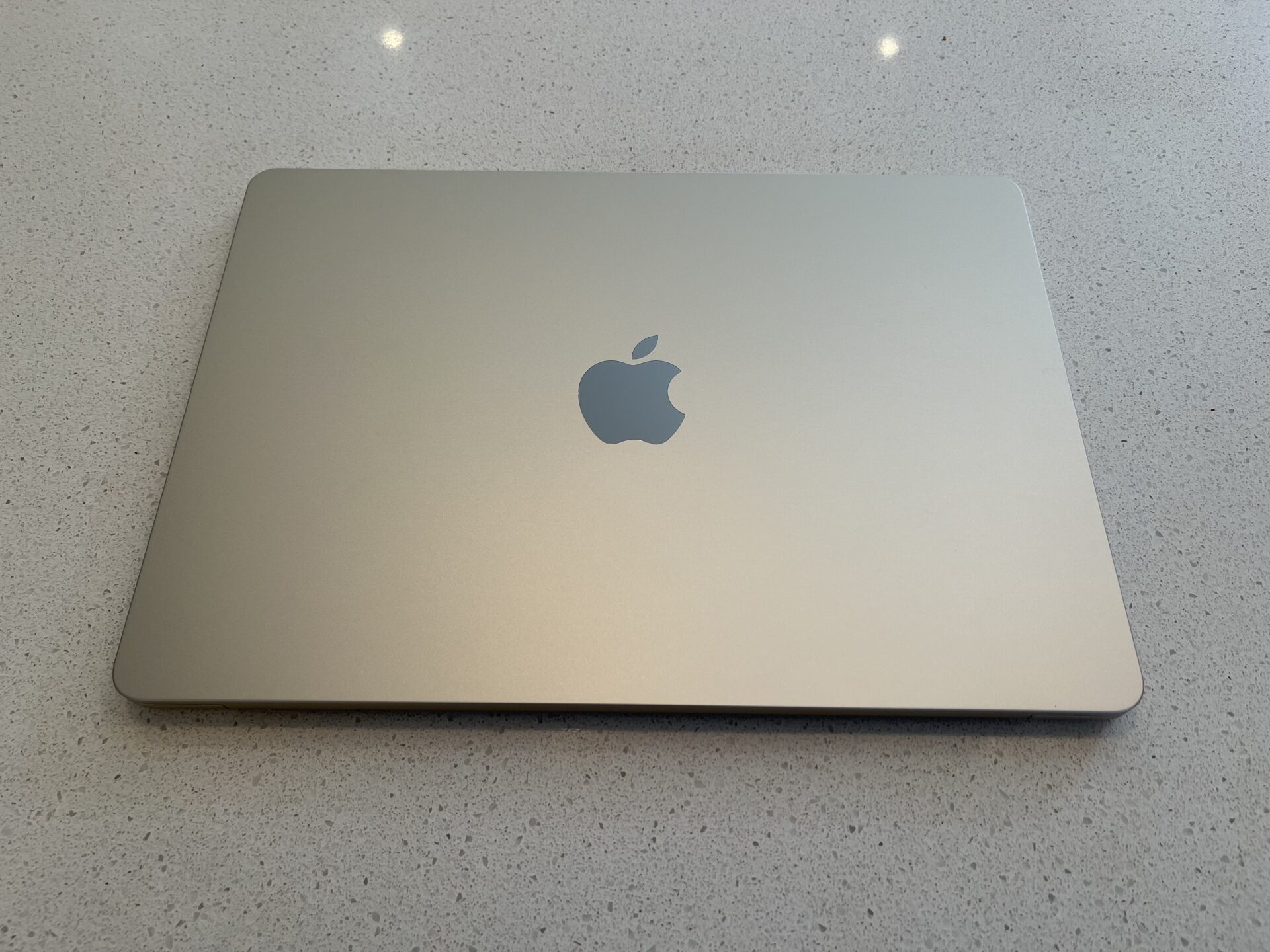 The new starlight finish of the MacBook Air M2

I was also low-key worried about how fingerprints would be more visible on the darker matte finish of the midnight.

A pretty swish new addition is the colour-matched MagSafe cable. It’s a small detail but certainly, one that stands out, when you compare it to the old and clunkier white cables from the previous iterations. It also seems more durable than the plastic-coated cable from my 2019 model. 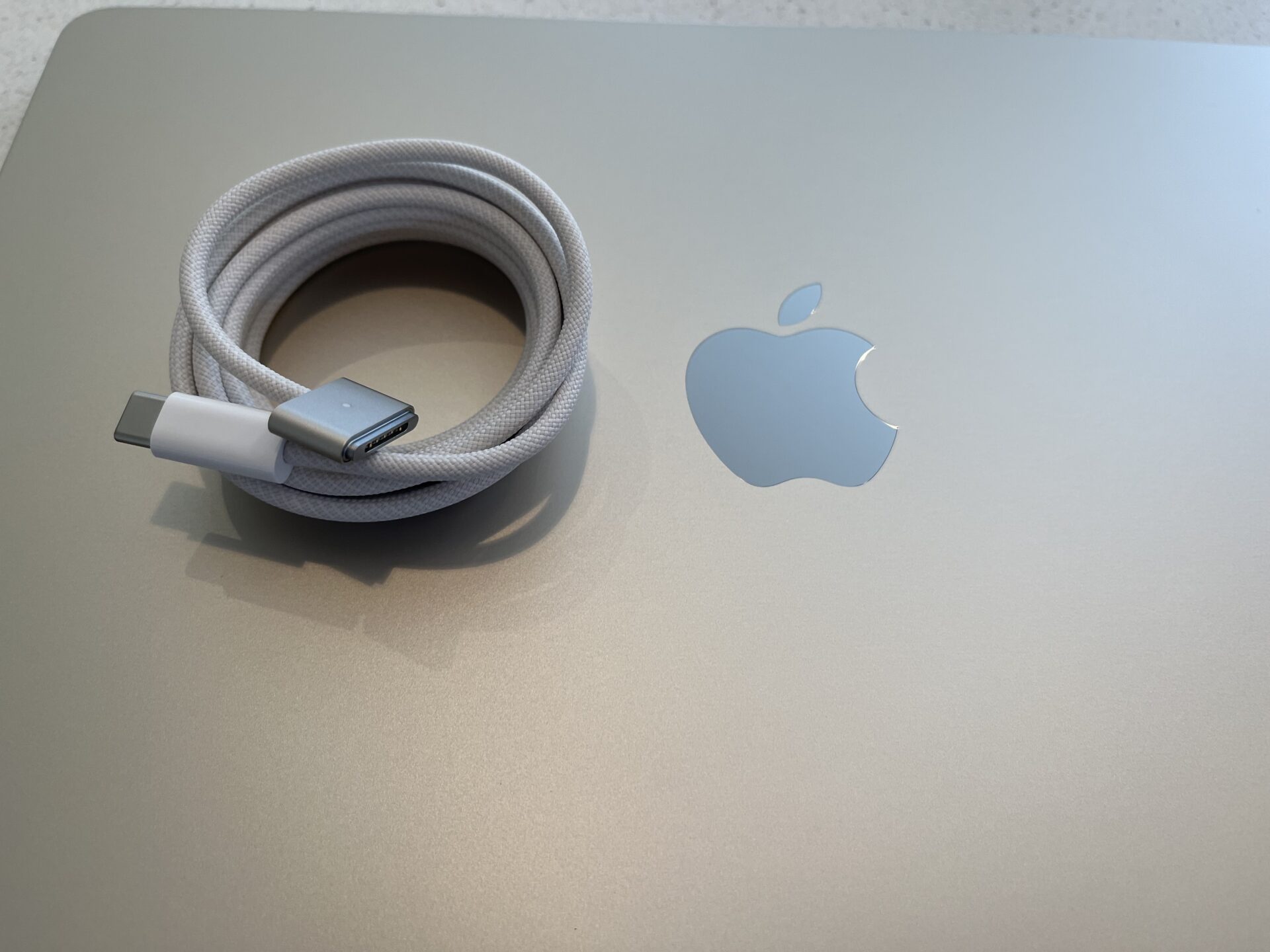 The colour matched MagSafe cable for the MacBook Air M2

It feels like the magnetic cable connects to the laptop more securely, so you don’t have to worry about it falling out or being tugged out if someone knocks into it (this is a problem in our dog-friendly office where many pooches walk by your workstation at plug level).

The “all day every day” notebook, the new MacBook Air is considered the best choice for most consumers who need a laptop for daily tasks, whether that’s web browsing, work, video streaming and even basic video and photo editing.

It’s the first Apple device to use the new M2 processor, which promises speeds nearly 40% faster than its predecessor, the M1. 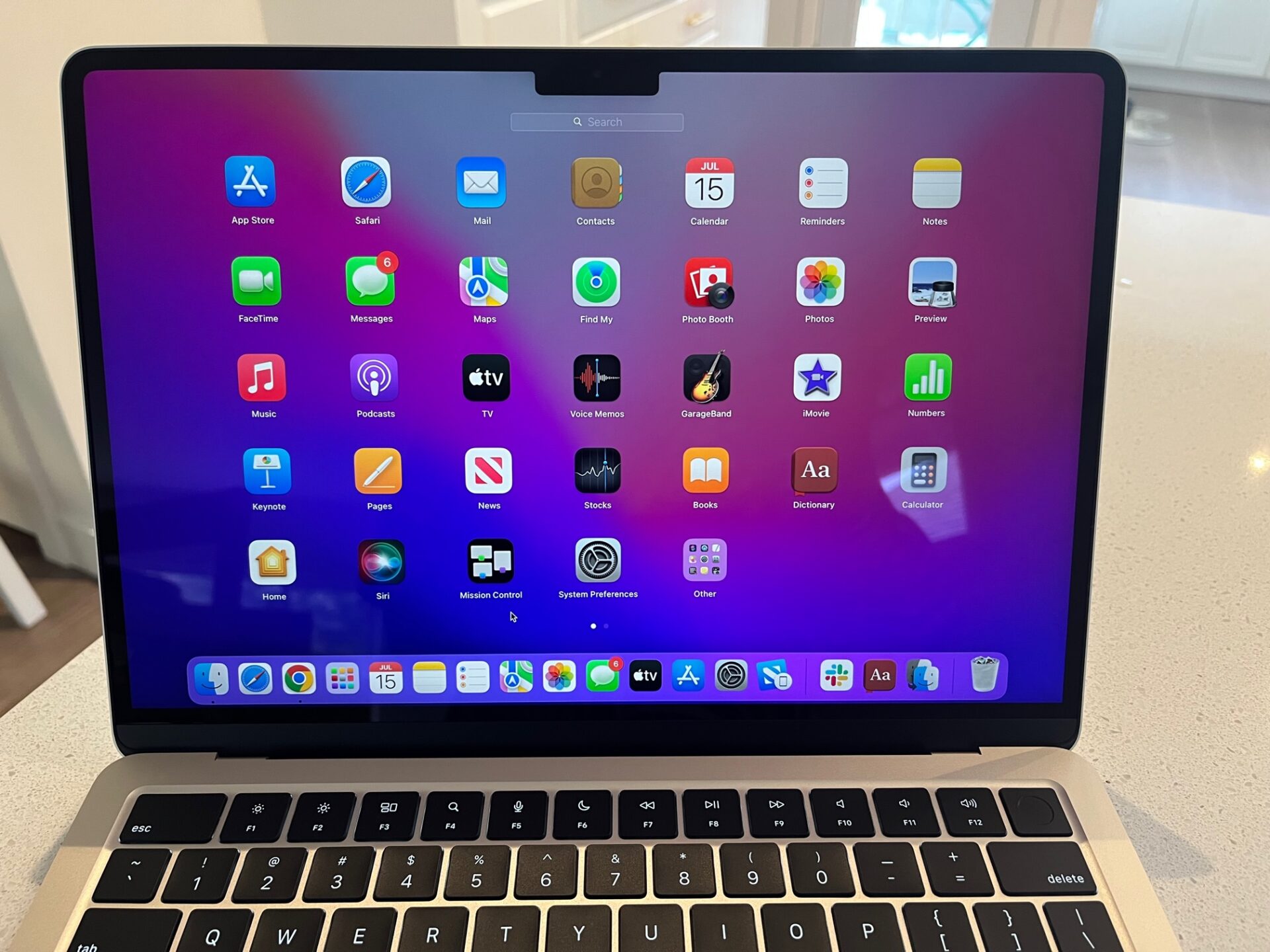 Going from an older, but still not very old, MacBook, to the new version, the difference in speed is remarkable. The speed of clicking between tabs, opening new applications and general response time is lightning fast. Zero buffering.

When it comes to battery life, the newest version has 18 hours. It was great to be able to use it for an entire workday without worrying about having to plug in between meetings or moving workspaces in the office. The fast charging is also a plus: If you get the optional 67W USB-C power adapter, you can get a 50% charge in a half hour. 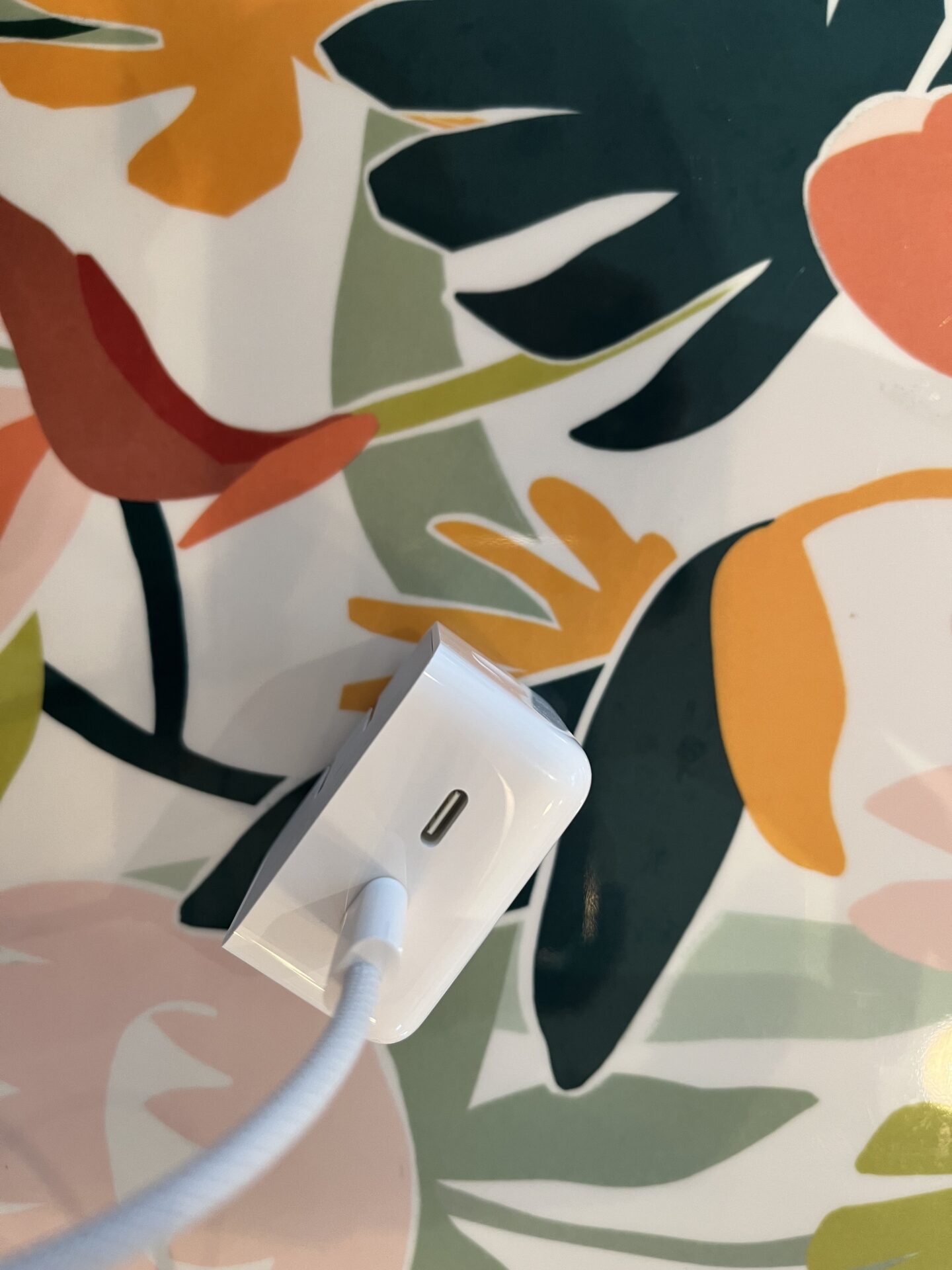 One of the coolest features is the new 35W compact power adapter with two USB-C ports, so you can charge two devices at once.

Where I noticed the new M2 processor the most is when it came to video editing and playing back streams of 4K and 8K video. Switching between streams there was absolutely no break or buffering, and editing and colour grading was a snap. M2 boasts 40% faster processing when it comes to editing complex timelines in Final Cut Pro, and you can certainly feel that change.

Using an older laptop for editing, sometimes my fan would kick on when I’m demanding too much of my laptop when it comes to running multiple applications and video screens at once. MacBook Air M2 was totally SILENT as I ticked away at multiple streams of editing, which was a welcome change. 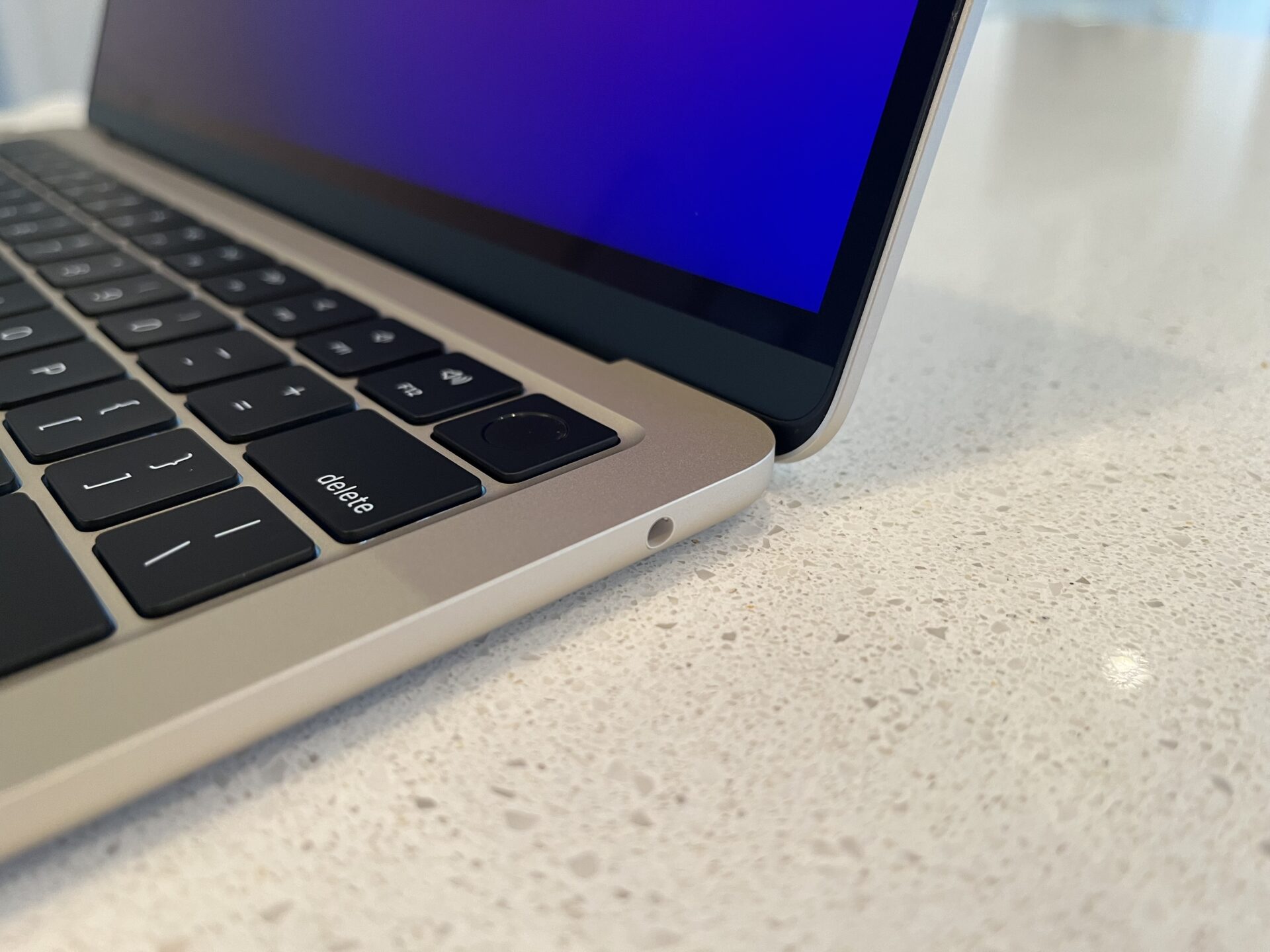 Another welcome feature is the headphone jack on the right side. While I use my AirPods for most functions, it’s nice to be able to plug in a pair of noise-cancelling headphones when you’re working on a project when you want to hear more nuanced differences in audio.

The video quality on the new device is remarkable, especially when it comes to watching nature shows or documentaries and VR where there are animals or foliage. Videos are absolutely gorgeous on the liquid retina display, and I found a noticeable upgrade from using my older model Air for the same program. 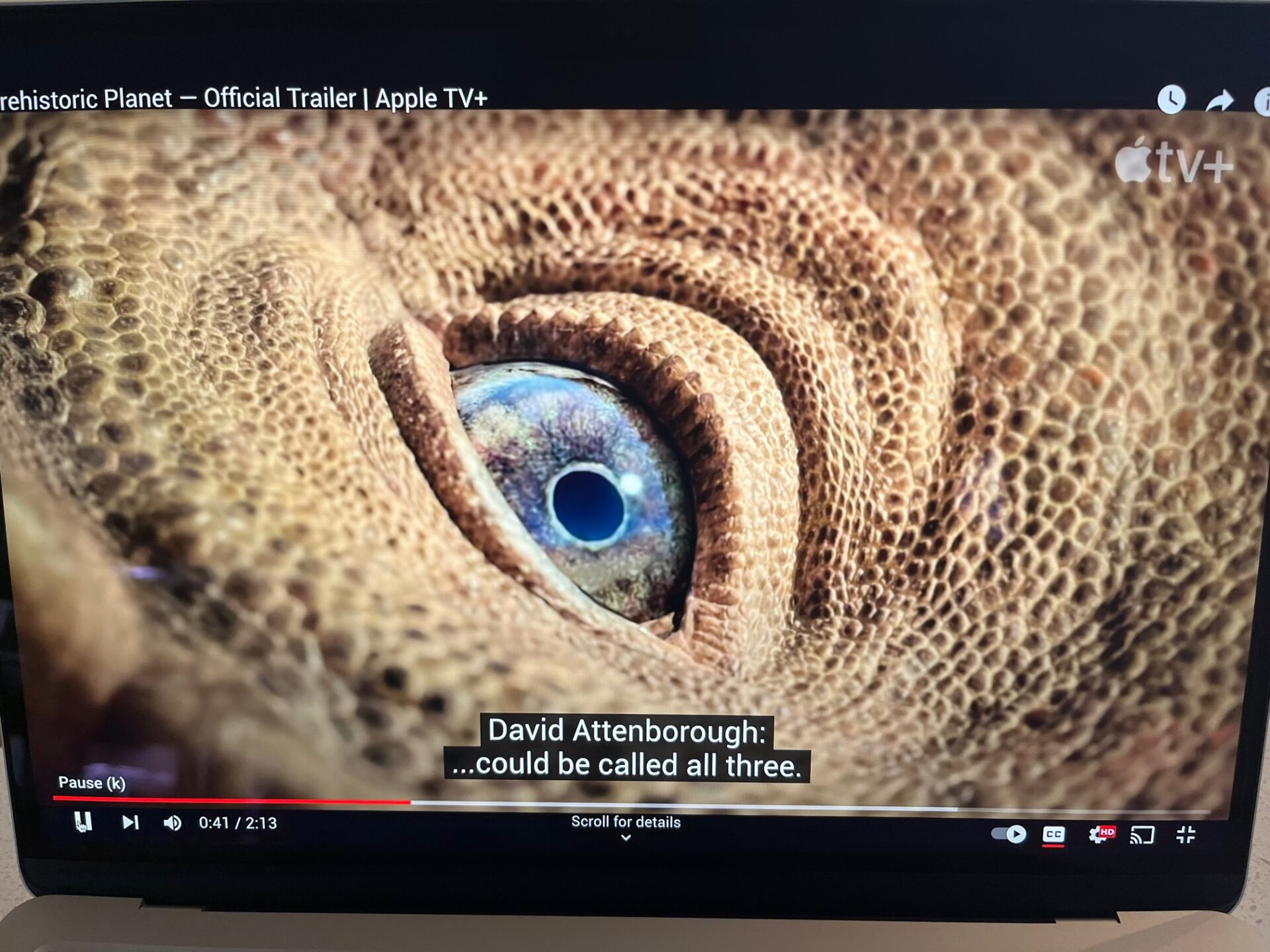 The trailer for Prehistoric Planet | Apple TV+ on the MacBook.

The brightness upgrade (it is 25% brighter than before) was a step up when watching a video. MacBook Air now supports one billion colours, which makes everything that you’re watching or looking at, be it websites or pictures, look much more vibrant. 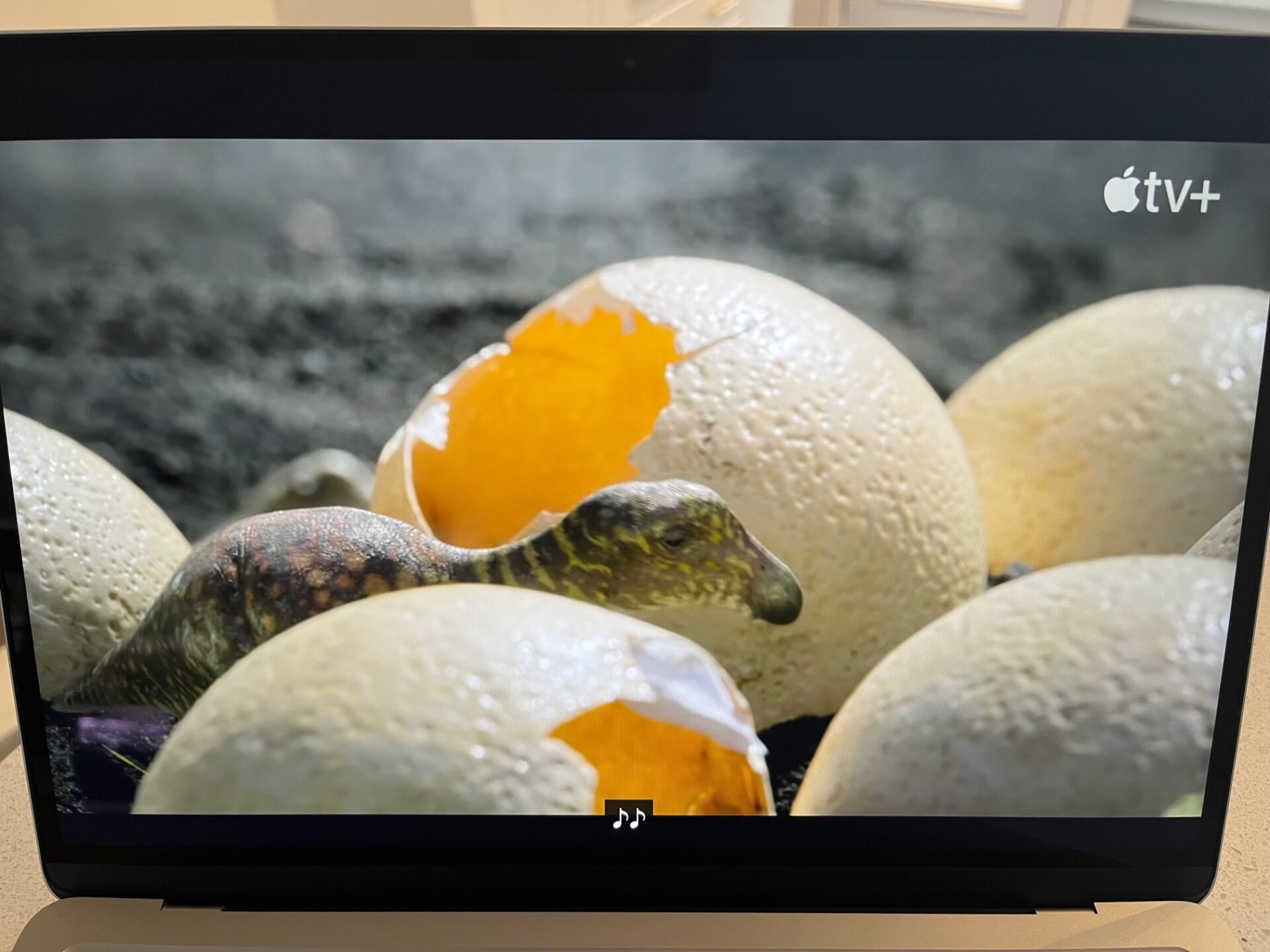 The trailer for Prehistoric Planet | Apple TV+ on the MacBook.

The same goes for sound quality. Whereas the older MacBook Air models had two all-purpose speakers, the revamped version has four speakers. They are also integrated into a 4K sound system. Having two separate tweeters and two subwoofers results in a wider range of audio, and overall more vocal clarity, separation and detail in what you’re hearing.

The device has improved camera quality with a 1080p FaceTime HD camera, which I didn’t expect to be a noticeable feature or something that I would care about. 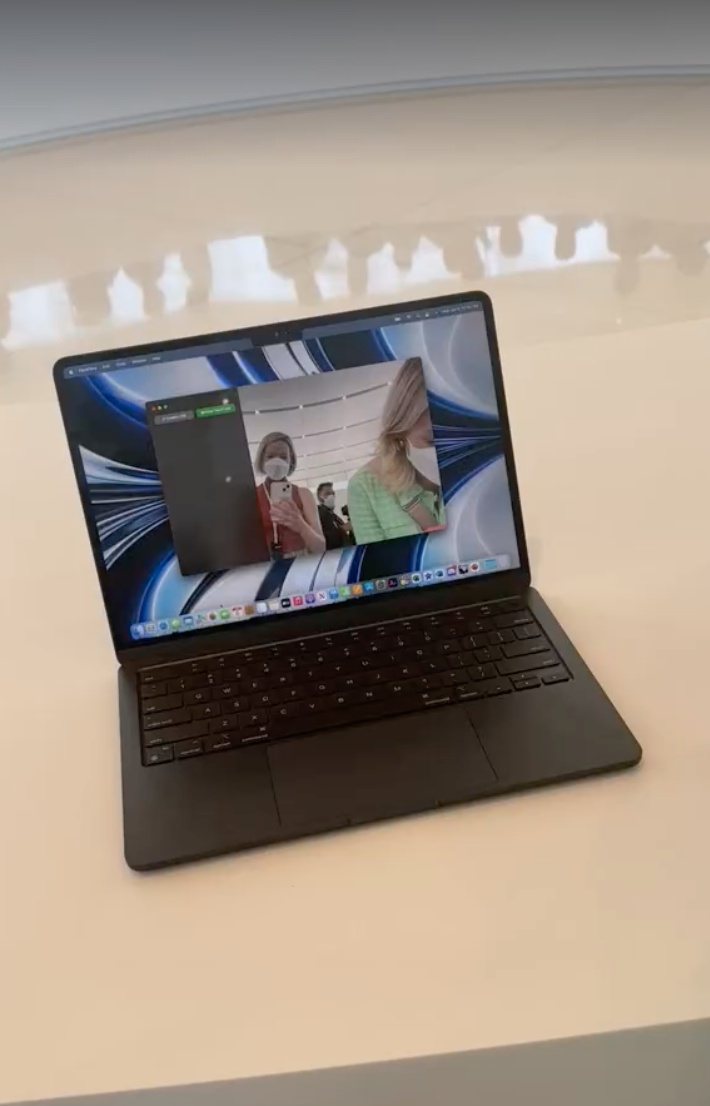 But using it for regular Zoom meetings and Google Meets through work, it definitely ups your game and you can definitely see the difference when it comes to screen resolution and picture quality.

The higher-resolution camera was most noticeable when I compared using video in lower light conditions compared with my older laptop.

After several days of using the new MacBook Air for both work and play purposes, it was a game changer. For people doing heavy-duty coding and video editing, I would probably recommend the MacBook Pro for higher-level performance and tools. But if you’re looking for a new laptop that will be your all-purpose hero, this is absolutely the way to go.