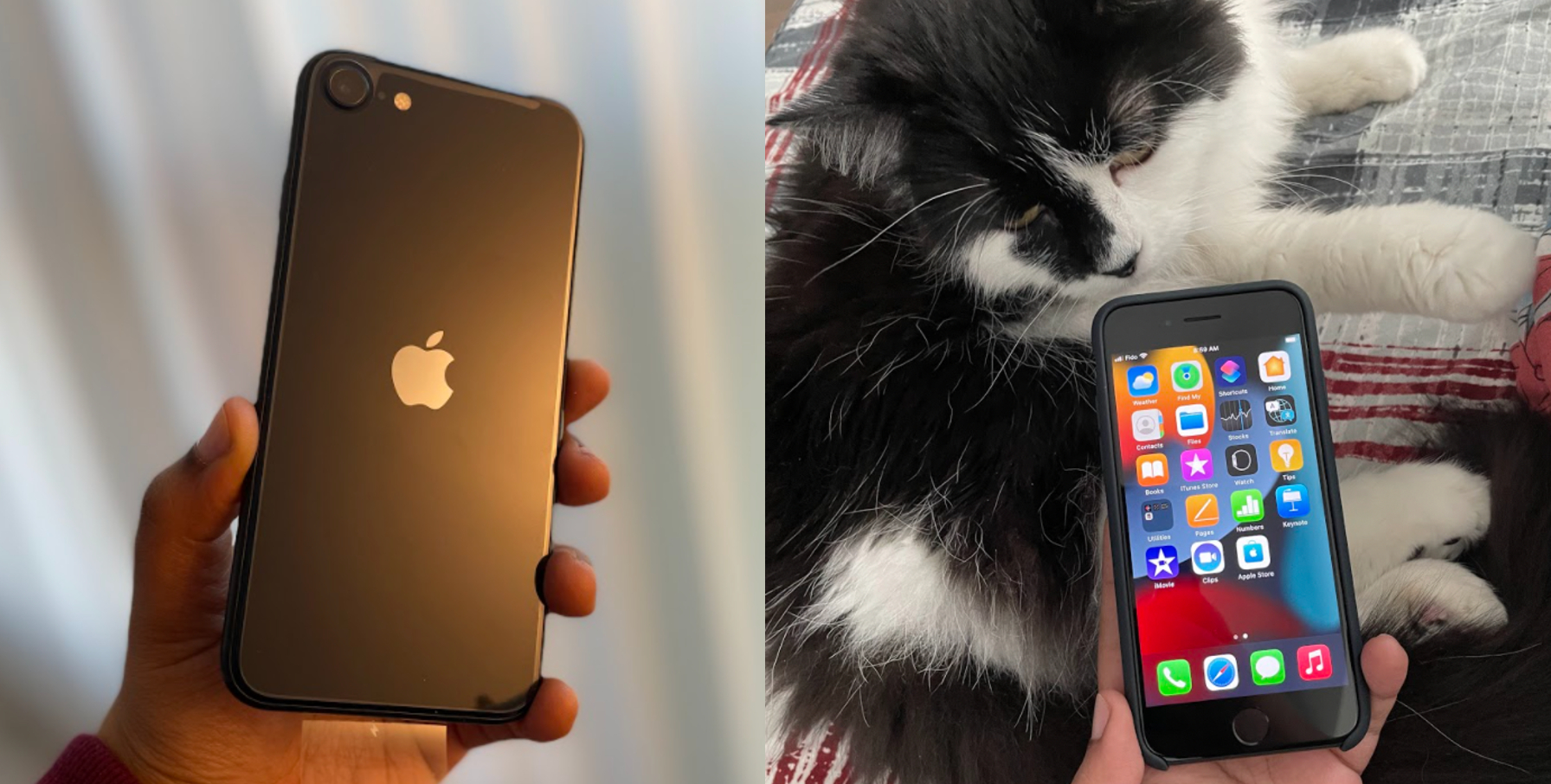 A week ago, Apple sent me the newly-unveiled iPhone SE with 5G — a powerful, yet affordable product in their lineup that rivals the big boys.

For reference I’ve been using Apple products for years and currently own an iPhone 12, which meant there was a lot to get used to — the size, the new home button, and the single back camera, among other things.

So I migrated to the iPhone SE and did my thing for a week to see if it was worth all the hype it was getting — even before it was officially launched or available for purchase.

Here’s how that went:

The new iPhone SE comes in three colours — Midnight, Starlight, and PRODUCT (RED). I was sent the deep black Midnight model. The package contained a USB-C to Lightning cable. 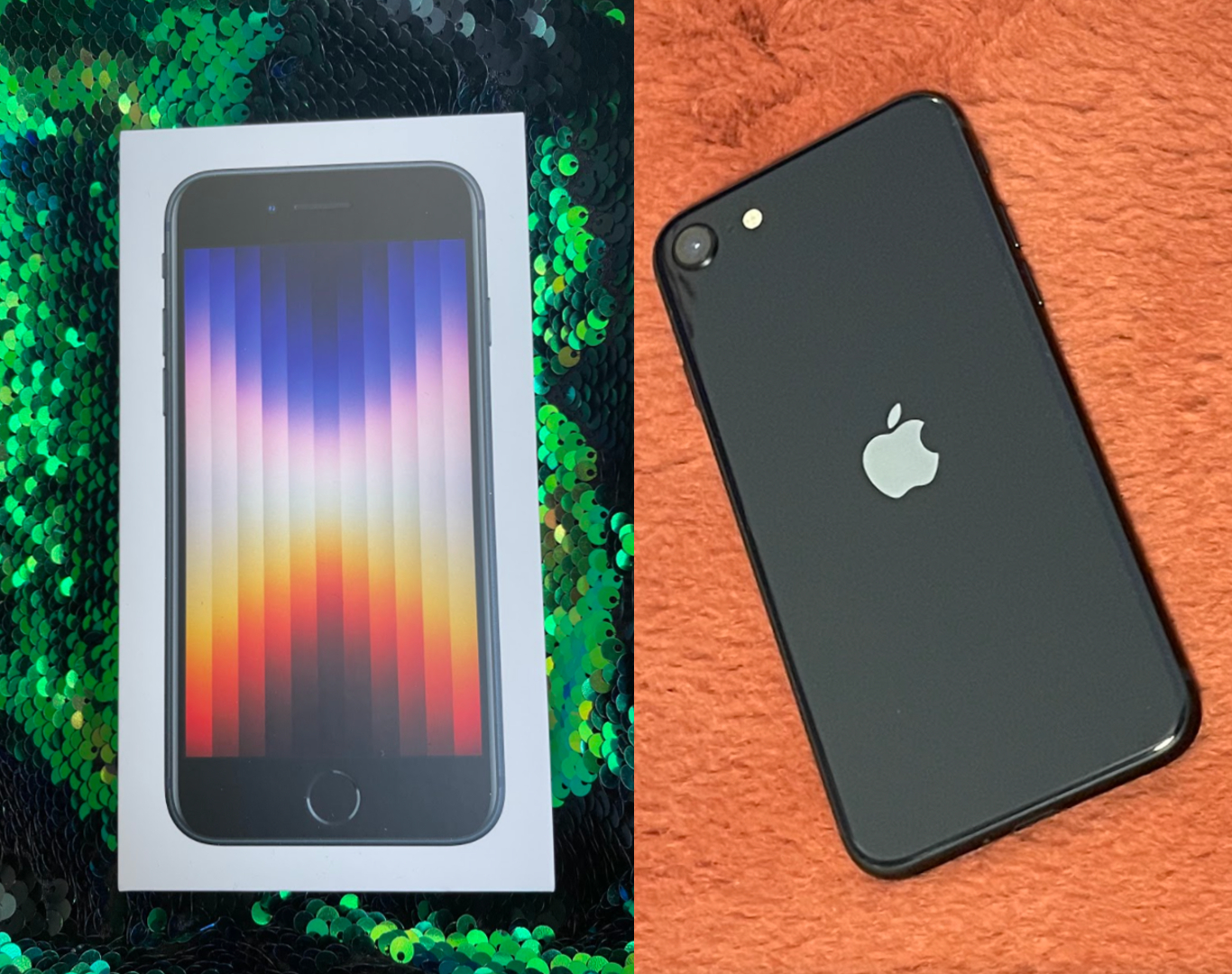 All three models come with a shiny glass finish on the front and the back. It’s so reflective, it’s almost mirror-like, but is resistant to smudges, dust, and fingerprints. Apple also claims it’s the toughest glass in a smartphone, which is great because I am C-L-U-M-S-Y. I put a matching MagSafe case with a grippy silicone finish on the phone to keep it safer.

The phone has a physical home button with touch ID — a welcome throwback to its older siblings. The last iPhone I used with a home button was the iPhone 7, and I forgot just how much I enjoyed the feeling of a tangible, clicky home button. That said, it did take some getting used to.

Much like the home button, the bezels are thick on this iPhone, leaving you with a smaller screen that won’t expand to cover the whole phone if you’re watching video fullscreen. I personally don’t mind this as I like to use a bigger, non-phone display to watch all my videos.

And now onto my favourite part: I can actually text with one hand! This is probably not the most exciting thing for most people, but the iPhone SE’s size — 4.7 inches — makes it a dream to use for anyone with small hands. I didn’t even need a phone socket/holder.

Plus, it’s light enough that even if I did drop it flat on my face while using it lying down, it wouldn’t break my nose.

I was very excited about this part! Apple spoke about the SE’s ability to maintain true skin tones in photos, and as someone blessed with melanin, I was ready to test it out. 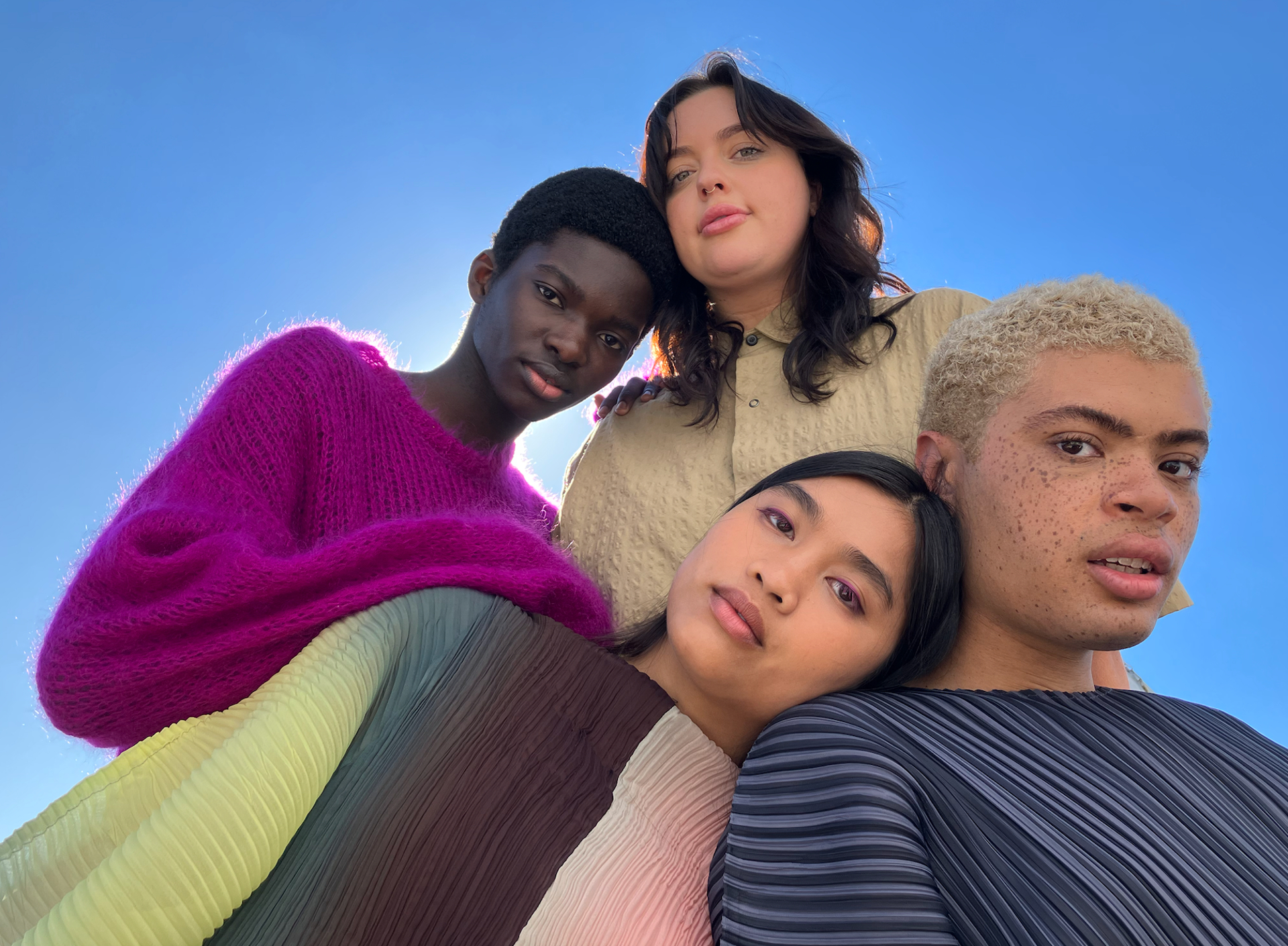 The back camera on the iPhone SE is 12 megapixels, but the following photos were both taken using front cameras — the SE has a 7-megapixel front camera that has a ton of customizability options in an iPhone for the first time. There’s Photographic Styles, which helps maintain skin colours despite the setting you use — cool, warm, vivid, standard, vibrant, or rich contrast.

I used the standard setting to take these photos. The one on the left was shot with my iPhone 12 and one on the right with the iPhone SE. I did find that the SE maintained the reds in my skin. Usually, my photos turn out super yellow or deeply olive, and kind of flat, so I’m pumped to use this setting for some ~artsy~ shots. 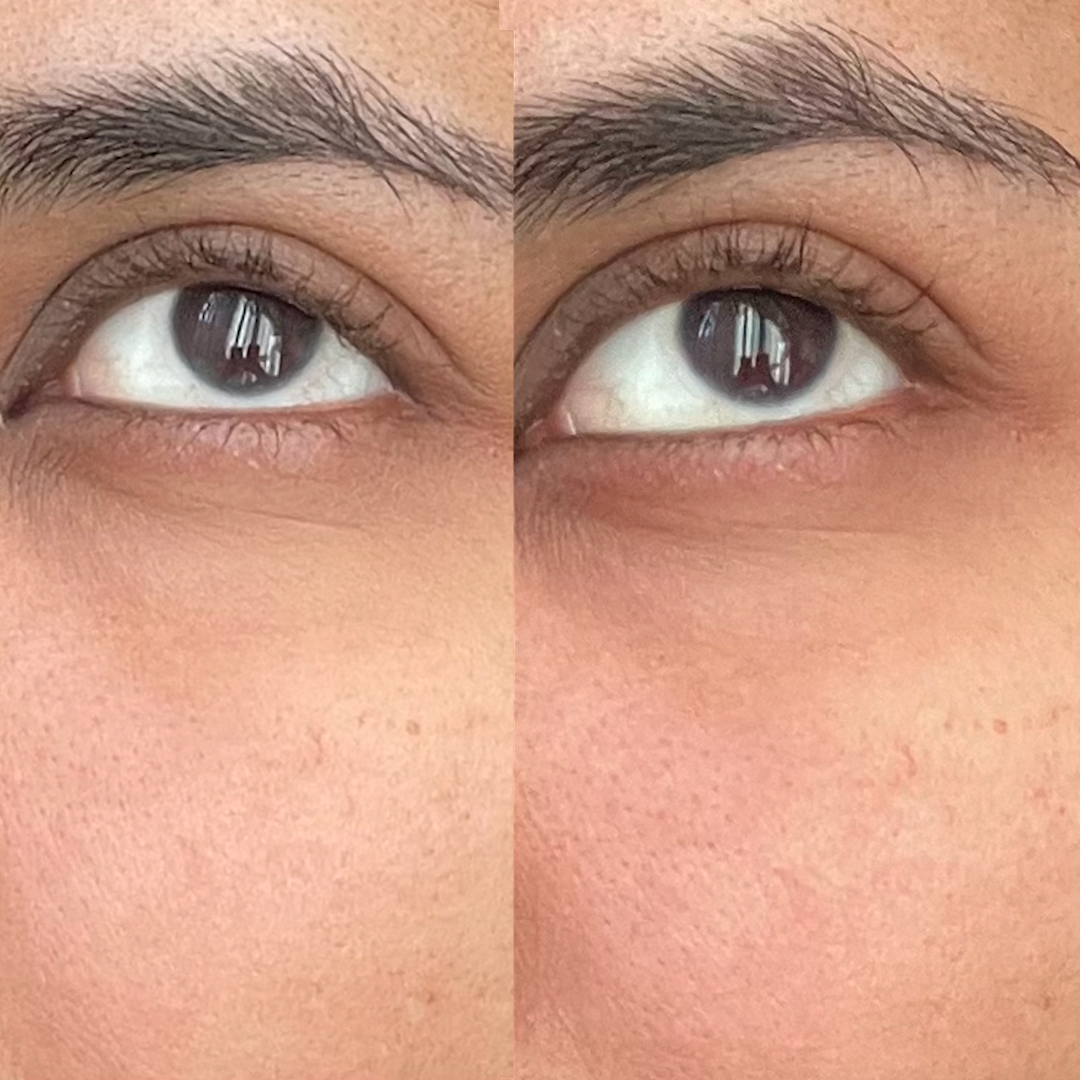 The built-in Portrait Mode with the Portrait Lighting Effects feature is pretty dope for selfies, too. Video is smooth and stable and can be shot in up to 4K, and the camera performs quite well under dim lighting conditions.

In fact, I’ll show you how well it works under bad lighting by taking this opportunity to introduce you to my cat Smudge, whose favourite spot to lounge is a dark nook under a table, even though he fully has a luxurious cat tree and a plush bed. 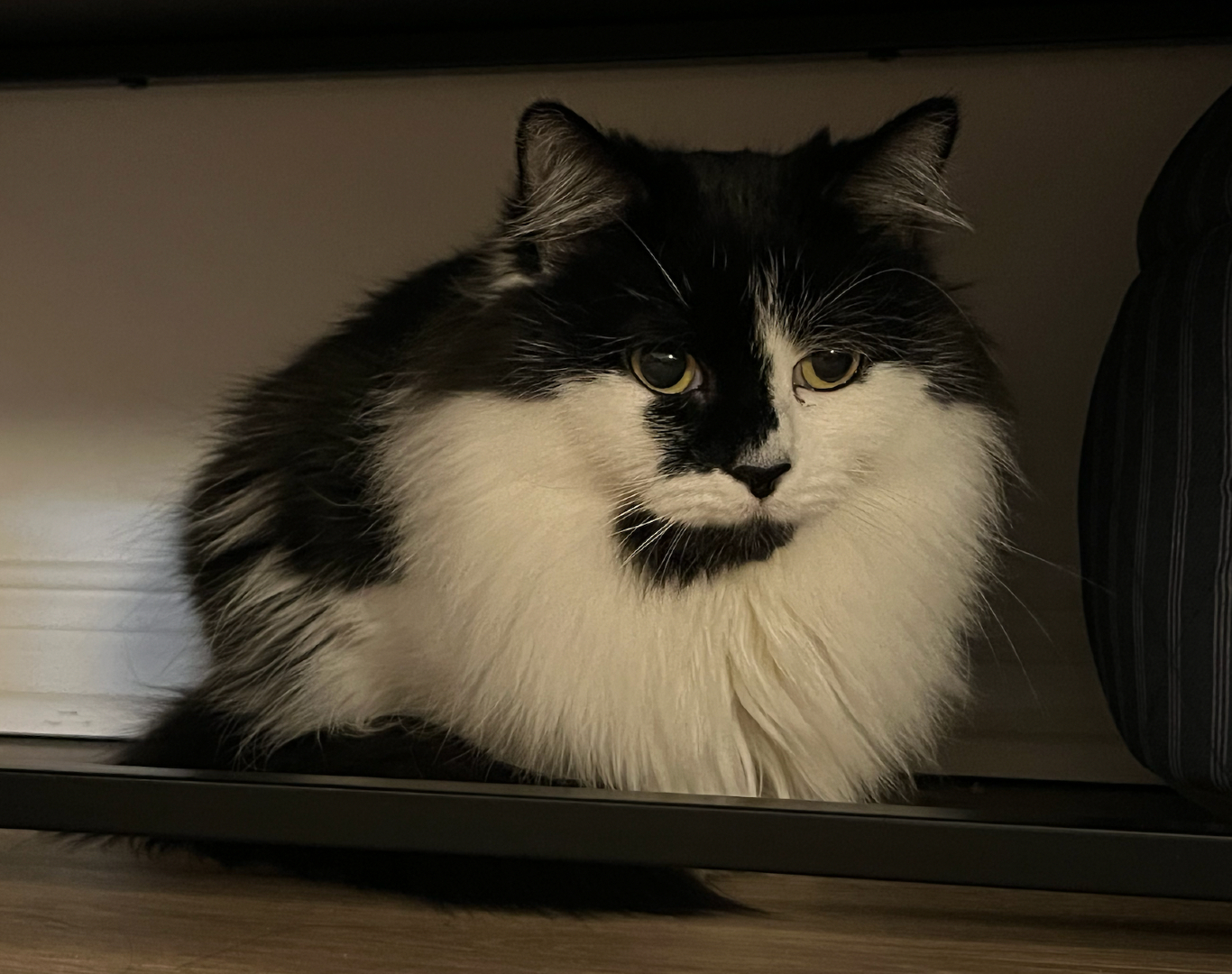 The photo’s so clear, I can see the eye gunk that I should’ve cleaned before this shot.

The camera also has other features, like Deep Fusion, Smart HDR 4, and QuickTake.

I have only charged my iPhone SE up a couple of times since its arrival, but others might need even fewer charges. I generally use my iPad or Macbook to stream video, but I’m almost always on some kind of social media platform. Rest assured, you can doom-scroll to your heart’s content on this thing without having to worry about running out of juice. 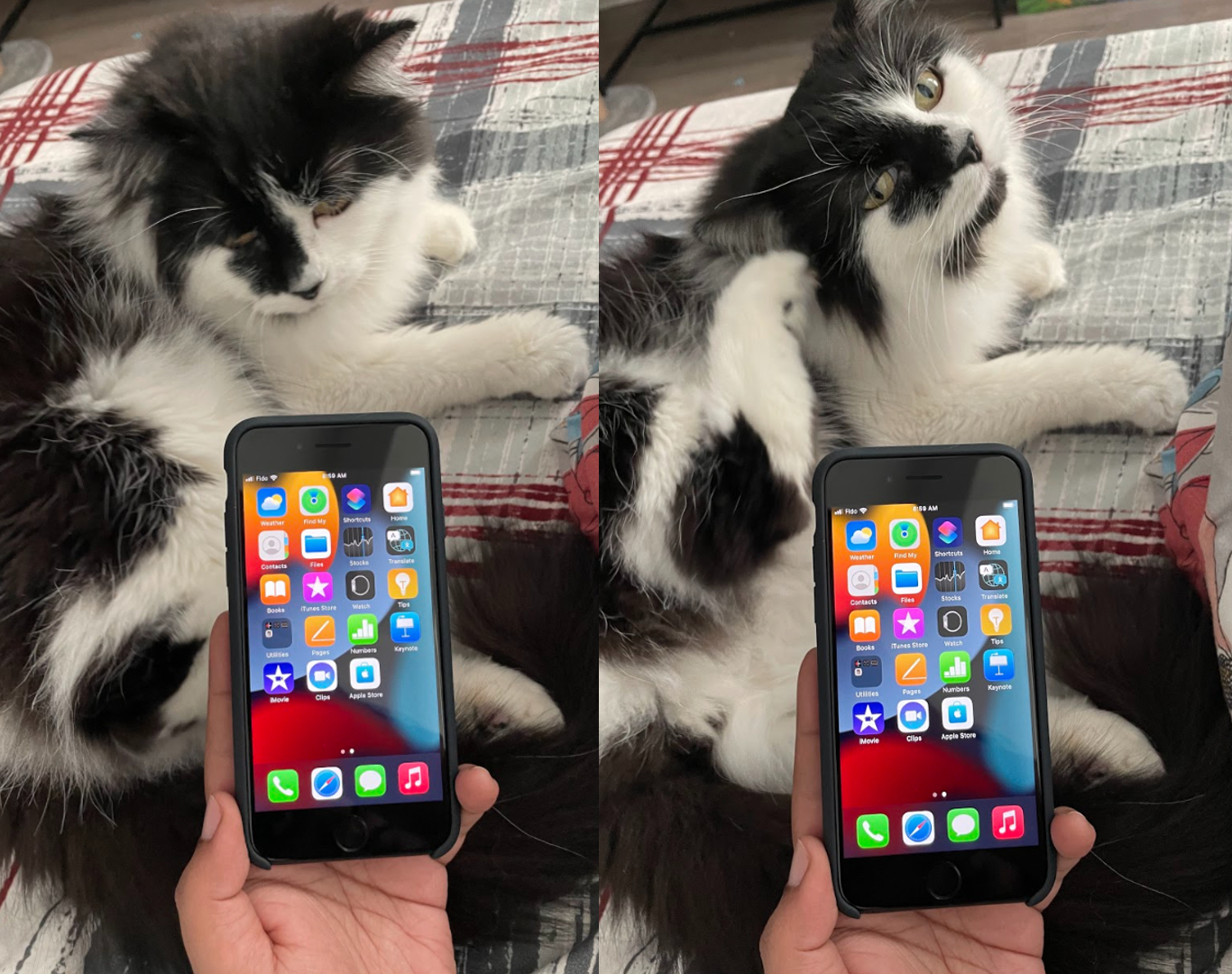 Smudge would give it a thumbs-up if he had any thumbs, but here’s a paws-up from him. He appreciates the attention (me taking photos of him non-stop all day).

Apple wasn’t lying when they called their event “Peek Performance.” The iPhone SE is truly a beast. It comes with a 16-core Neural Engine and Apple’s A15 Bionic chip, so you can shuffle through multiple heavy apps without as much as a hiccup.

For perspective, it’s the same chip the iPhone 13 uses, which is wild considering the price and size of this thing. It can perform 15.8 trillion operations per second — that’s 26 times faster than the iPhone 8!

It helps that it also has 5G technology, making it a breeze to stream videos, FaceTime, and listen to some tunes uninterrupted.

I dig it. The iPhone SE is the kind of phone you could use yourself and give to your mom as a present. It offers a user-friendly experience without compromising on performance. It has the best of both words — top notch Apple technology, incredible processing and LTE speeds, longer battery life, and a brilliant camera that doesn’t wash darker skin out, even when using a filter!

Bonus — two new finishes for the iPhone 13 and Pro 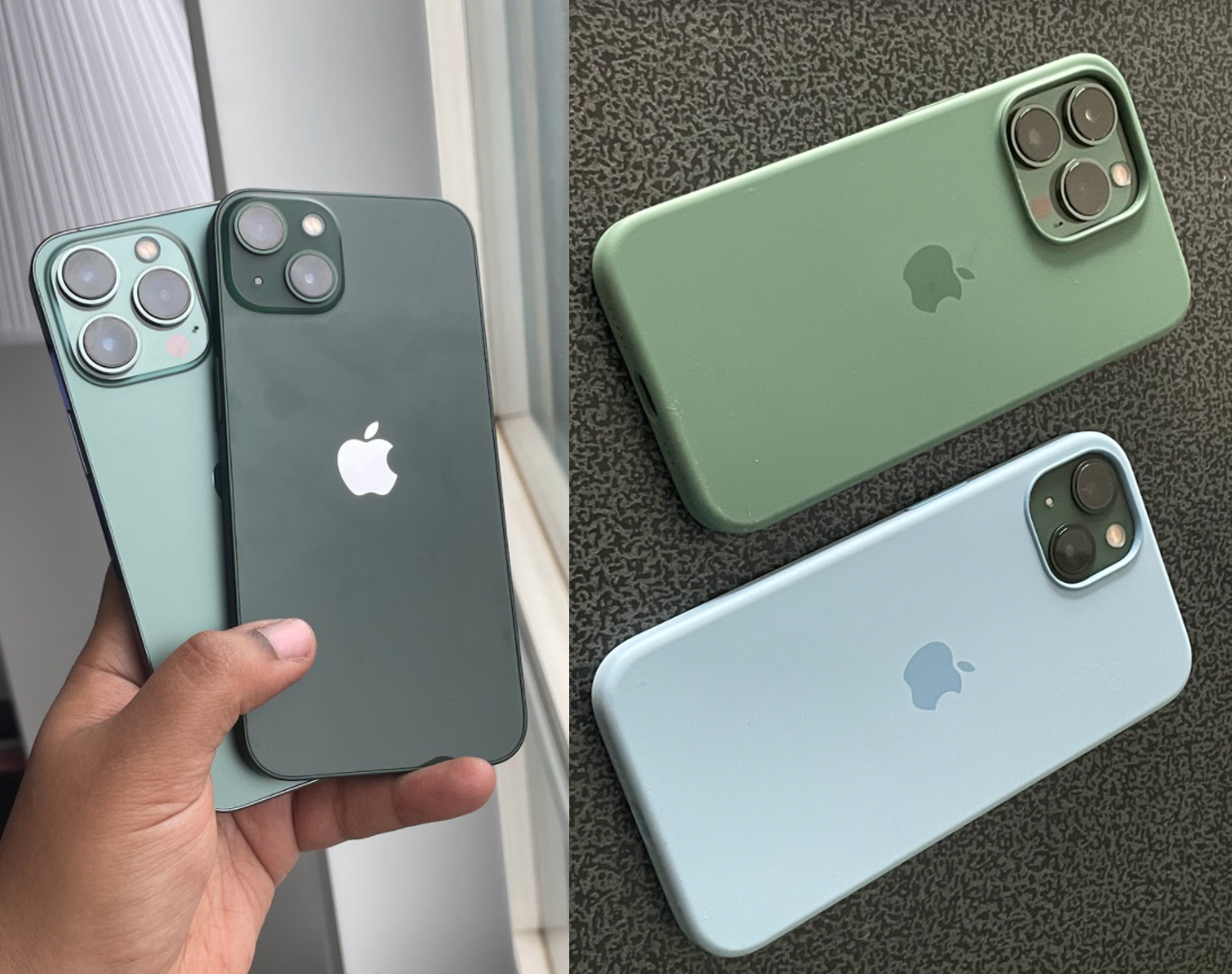 I haven’t had a chance to upgrade my phone because the iPhone 12 is a dream already, but I was definitely curious about the iPhone 13 and 13 Pro. At their event, Apple unveiled two dreamy new finishes for both phones in my favourite colour — a glossy Bold Green for the 13 and a stunning, matte Alpine Green for the 13 Pro.

You can also buy compatible silicone-finish MagSafe cases for both phones. I got one in green and one in sky blue.