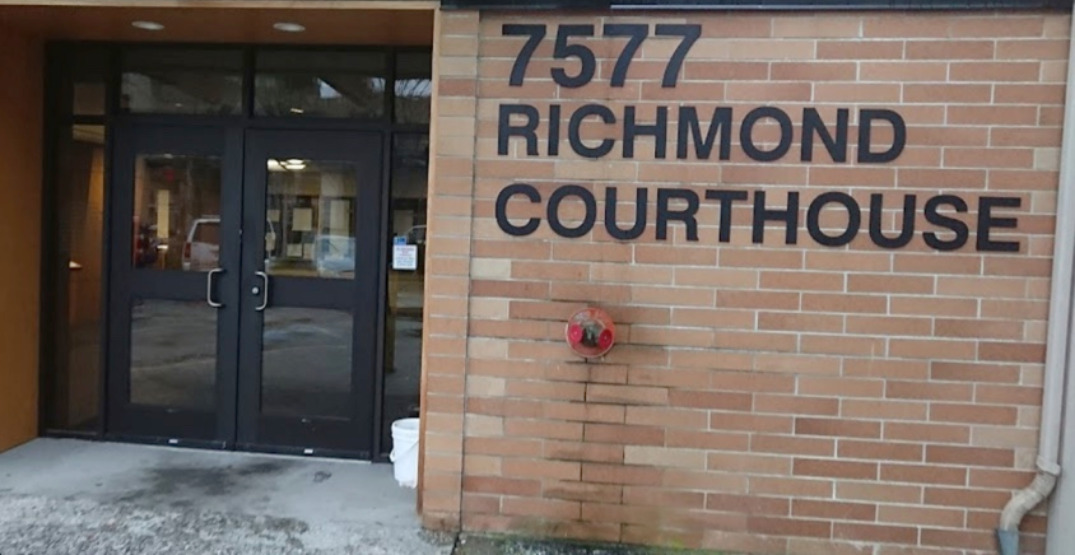 A violent altercation transpired outside of the Richmond courthouse, at 7577 Elmbridge Way, on Wednesday afternoon.

A court appearance was scheduled for two people who were involved in an alleged anti-Asian hate incident in Steveston back in March.

Police encountered a group of demonstrators outside the courthouse, who were there to raise awareness of anti-Asian hate incidents in the city, according to a press release from Richmond RCMP.

The demonstrators were apparently aware of the two people who were set to make their court appearance and their alleged crimes.

According to the release, a female exited the courthouse and confronted the demonstrators. She allegedly hit several of them and damaged somebody’s cellphone in the process.

It is not clear if the female was connected to the people who had a scheduled court appearance.

The suspect, a 44-year-old woman from Vancouver, was located and arrested soon after the incident.

She was released after promising to appear at Richmond Provincial Court on October 20. The woman faces charges of assault and mischief.

“Hate has no place in Richmond, and we support those in our community who are standing up against it,” says Corporal Ian Henderson of the Richmond RCMP.

“But initial media reports alleging that this matter was yet another hate incident may be inaccurate,” he says.

There were no serious injuries reported.

Videos of the incident have been circulating online, and the Richmond RCMP are asking anyone who may have footage to forward it to them directly at 604-278-1212, quoting file number 2021-20408.