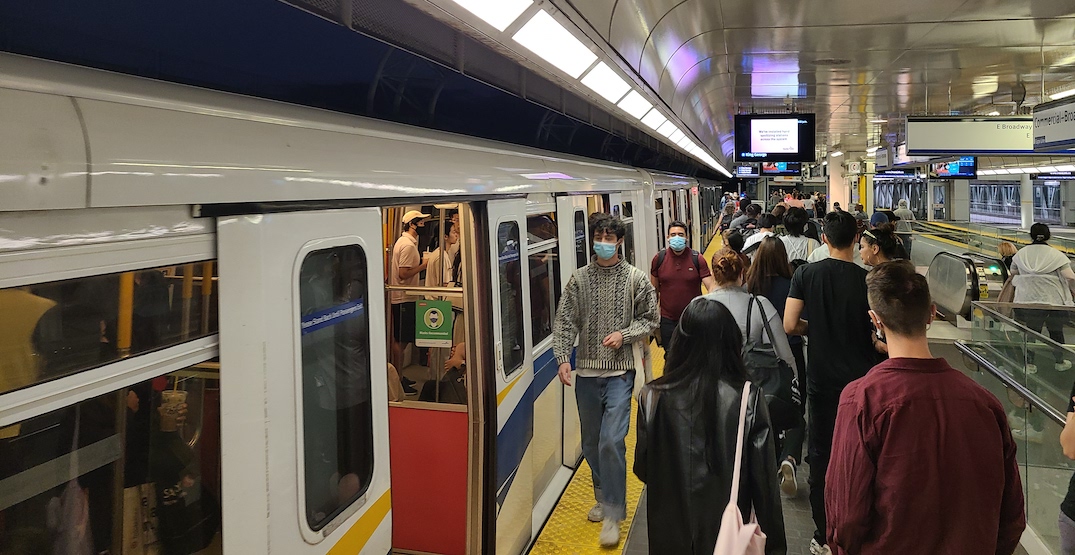 Ridership on Metro Vancouver’s public transit system recovered to its highest level in 18 months, since the start of the pandemic, in the middle of this month.

“This jump in ridership is very welcome news, and certainly a move in the right direction,” said Quinn.

“We’re so pleased to see more customers return to the system this summer, and we certainly expect to see ridership continue to increase in the weeks ahead as more of the provincial health officer’s restrictions are lifted and we move into the fourth and final step of BC’s restart plan.”

Ridership reached a low of about 17% in April 2020 in the early days of the pandemic, before recovering to about 40% of pre-pandemic volumes by the end of Summer 2020. However, the recovery in ridership plateaued, hovering at 40% until recently.

A surge in ridership can be expected this September, when post-secondary students resume full in-class instruction at their campuses. More office workers are also beginning to return to work.

Vaccination rates continue to see a steady increase. As of yesterday, a total of 4.17 million vaccine doses have been given out by Metro Vancouver’s two health authorities — Vancouver Coastal Health and Fraser Health. This includes over 1.8 million second doses.

However, it remains to be seen how the recent spike in confirmed coronavirus cases could have an impact on ridership, with 204 cases reported today for the previous 24-hour period.

Following the advice of the provincial health officer, on July 1, the mandatory mask policy on TransLink, BC Ferries, and BC Transit was downgraded to a recommendation.

“I was recently taking the SkyTrain and I didn’t get a seat for the first time in probably well over a year and a half. I’ll take that as a positive sign for our system,” said Mayors’ Council chair and New Westminster Mayor Jonathan Cote.

“I think we know we still have a long way to go, and we need to make sure people feel safe and comfortable on our system, but we do need to get our riders back. It’s critically important to our transportation system.”

This was the first Mayors’ Council meeting for Quinn, who began his role as the head of the public transit authority just last week.

Quinn replaces Kevin Desmond, who left the organization in February 2021 after five years in the role. He announced his departure last fall to return to the United States, and is now the principal and national director of the transit and rail division of New York City-based Sam Schwartz.

Prior to joining TransLink, Quinn was the CEO and administrator of the Maryland Transit Administration (MTA), a public transit authority in the Baltimore-Washington, DC, region.

“The MTA is one of the largest multi-modal transit systems in the United States. It has many similarities to our transit network here in Metro Vancouver, and it’s one of the key factors that attracted me to this role,” said Quinn.

“Another big factor that drew me to this role is TransLink’s reputation in the industry and throughout North America. TransLink is really regarded as a first-class transit authority with a system that is known for rapid ridership growth for smart investments, and a real leading example of how transit can help a region really thrive.”