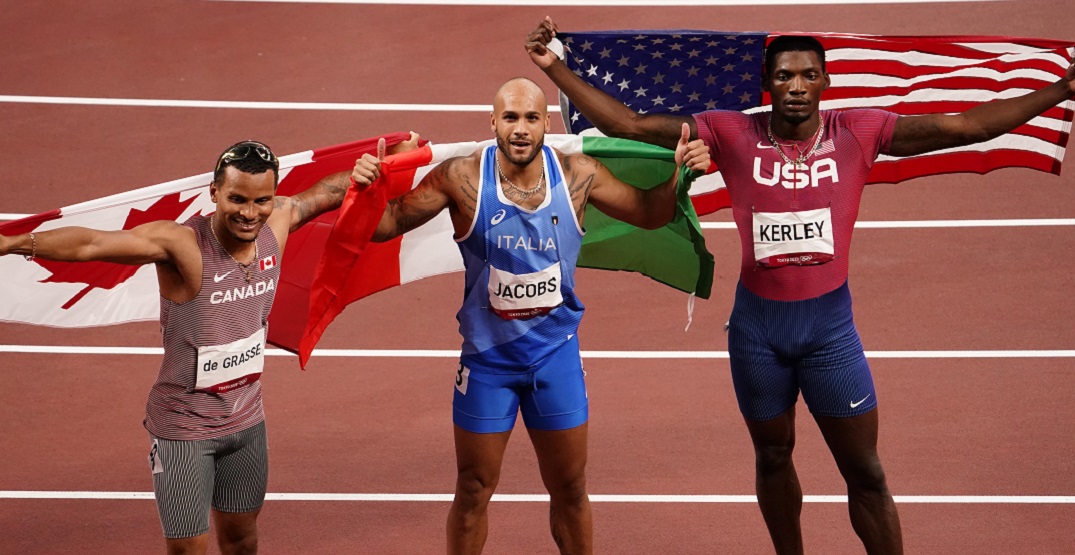 Canadian Andre De Grasse added to his legacy after winning 100m bronze at the Tokyo Olympics.

Running out of lane 9, the 26-year-old Toronto native came in third place with a time of 9.89 seconds.

He finishes behind Lamont Marcell Jacobs and Fred Kerley in the men’s 100m final pic.twitter.com/U7OfVgC9Qr

Upping his previous personal best time of 9.90 seconds recorded at the 2019 World Championships, De Grasse was aiming to become the first Canadian man to top the 100m podium since Donovan Bailey at the 1996 Atlanta Olympics. Canada’s Percy Williams also won the 100m gold back in 1928 at the Amsterdam Games.

SMILE IF YOU WON BRONZE 🥉

De Grasse had the slowest start of the field, but a strong final 50 metres pushed him onto the podium.

The science of speed ⏲️

Here's a visual of each sprinter's top speed in the men's 100m final pic.twitter.com/0vNaW3TjgG

Great Britain’s Zharnel Hughes had a false start and was disqualified from the final.