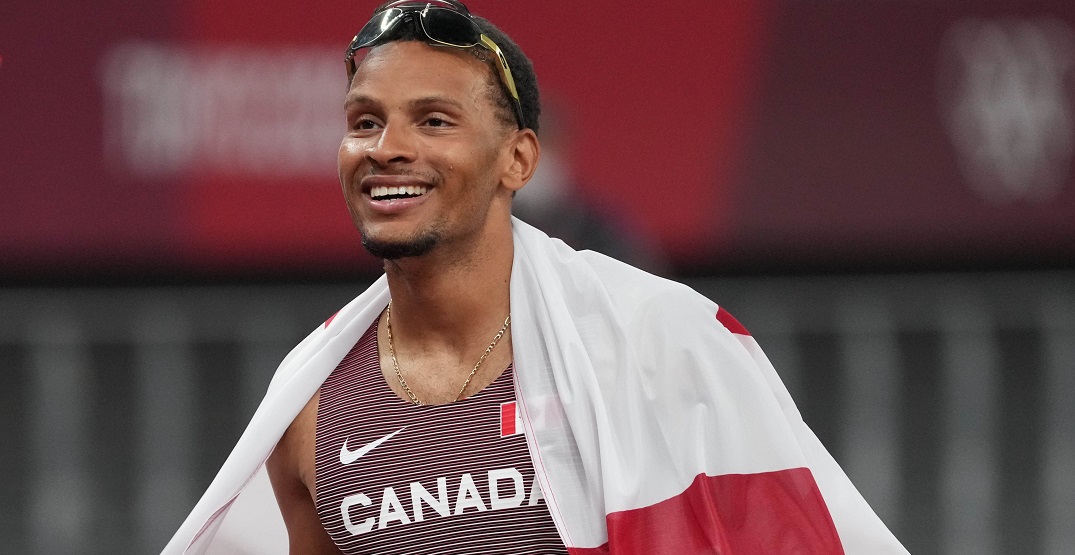 Canadian sprinter Andre De Grasse’s performance in the men’s 100m final of the Tokyo Olympics perfectly captured one of the most basic lessons any athlete will learn: never give up.

De Grasse’s reaction time of 0.155 was fourth out of seven in the field, but he was dead last by the 25-metre mark.

By the 50-metre mark, De Grasse had caught up to only China’s Su Bingtian, but remained noticeably behind four other competitors.

Around the 60-metre mark, Enoch Adegoke of Nigeria pulled up short with an injury.

By the 75-metre mark, eventual gold and silver medallists in Italy’s Lamont Marcell Jacobs  and the USA’s Fred Kerley were sitting 1-2, with four other competitors battling it out for the final podium spot.

As long as Jacobs and Kerley held steady, it was either going to be Bingtian, American Ronnie Baker, South Africa’s Akani Simbine, or De Grasse for the bronze medal.

And it was that little extra push from De Grasse in the final quarter of the race that gave him his fourth career Olympic medal, and second consecutive bronze in the 100m event. De Grasse hit a 42.7 kilometres per hour top speed at his peak, the second fastest in the field.

“For me, I knew it was going to be a tough one,” De Grasse told CBC after the event. “I knew I just had to come out there and try to execute as best as I can. I ran a personal best… I’m really grateful for that. I feel like every year I’m getting better.”

The full race video is below:

He finishes behind Lamont Marcell Jacobs and Fred Kerley in the men’s 100m final pic.twitter.com/U7OfVgC9Qr

A pair of animated visuals, from the New York Times and CBC (via Olympic Broadcasting Services) help show exactly how De Grasse overcame the rough start in the 100m final.

Watch the way Marcell Jacobs sprinted ahead of the competition to win the men’s 100-meter dash in 9.80 seconds. Fred Kerley finished in 9.84 and Andre De Grasse was third with 9.89. https://t.co/uqNiPWX2fe pic.twitter.com/wveOjpVyRj

The science of speed ⏲️

Here's a visual of each sprinter's top speed in the men's 100m final pic.twitter.com/0vNaW3TjgG