The owner of a popular Afghan restaurant in South Surrey is devastated after a violent vandal destroyed much of their temporary patio this weekend — hours after staff gave him food.

Staff at Afghan Kitchen were locking up around midnight Sunday when the man, who was standing at the sidewalk, asked them for something to eat. They gave him donuts and sweets but say he seemed angry about not being given more.

“He was just pacing and we realized he might be homeless or have some sort of mental illness. Wearing a nice headset, nice shoes, and didn’t seem like the kind of person to worry about,” owner Hassib Sarwari told Daily Hive.

But when Sarwari returned early the next morning two of the heaters on the temporary patio were destroyed, and the railings smashed as well. 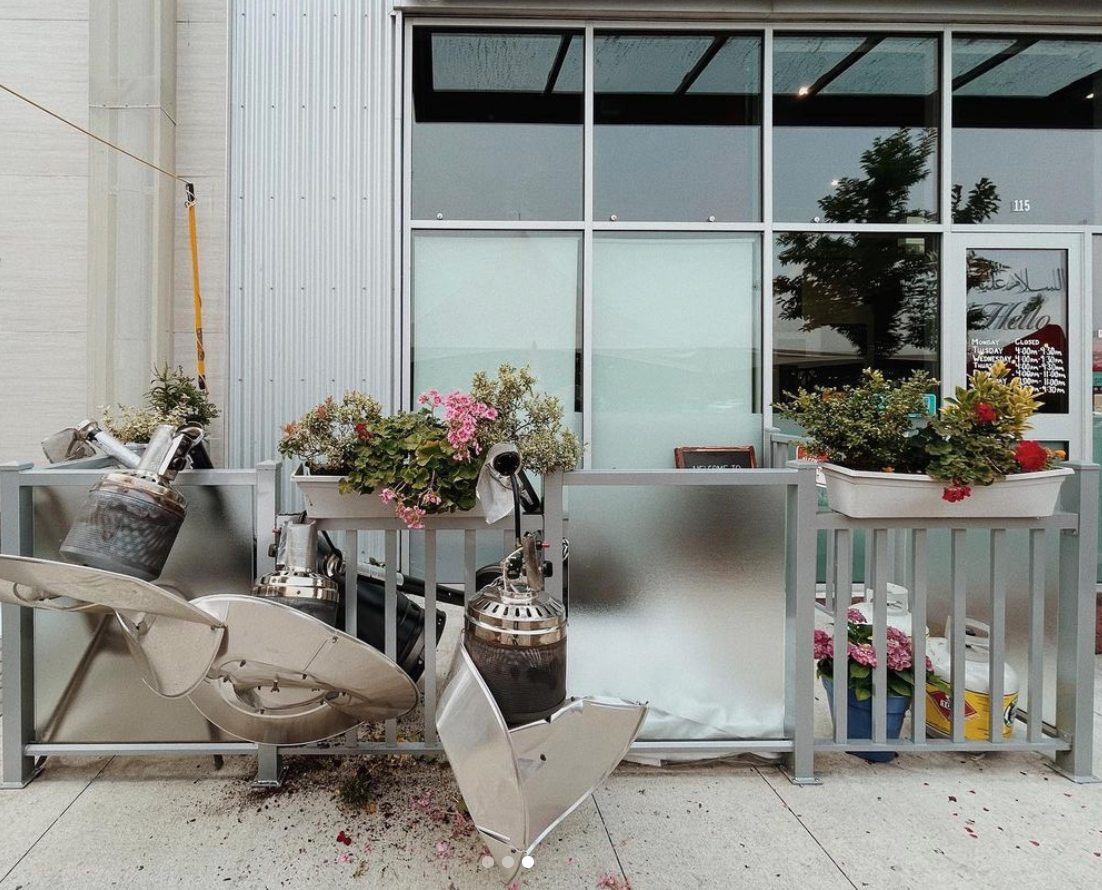 Damage to the Afghan Kitchen patio

But that wasn’t all. Looking at the restaurant’s security footage, Sarwari noticed the man returned a second time to smash the other two heaters.

“When he returned he looked like he knew what he wanted to do.  He obviously wanted to damage our property,” Sarwari said, adding that his car windows were smashed and a big stone was left next to his tire.

Between the car frame and broken windows, plus four broken patio heaters and bent railings, it’s believed damage is upwards of $15,000.

Sarwari calls the incident “scary” and says the fact that some restaurant staff were in such close contact with the man has left them frightened.

“It has been a rough 24 hours. The whole team is upset. We are short-staffed working long hours. It’s been difficult. They were quite scared,” he said.

“When something like this happens it breaks your heart. Yesterday morning I was so sad I didn’t talk to anyone for three or four hours. I was just thinking… why?”

A report has been filed with the Surrey RCMP, although the man did return to the restaurant late last night.

“It’s mindblowing that this person was here in the morning destroying our property and now he’s back. It’s not safe when it’s midnight and we’re walking out of the restaurant,” Sarwari says.

The hefty damage is another blow to the family-owned restaurant (Sarwari’s mom is the chef), who has had to pivot multiple times during COVID, including building the temporary parking lot patio.

“We are a small family owned business competing with chains around us — Earls, Liberty Kitchen — we try to make our patio look nice outside. It’s just sad and disappointing,” he says.

“Let’s just hope he gets help.”

Surrey RCMP told Daily Hive a suspect has been identified but no further information is being released at this time.