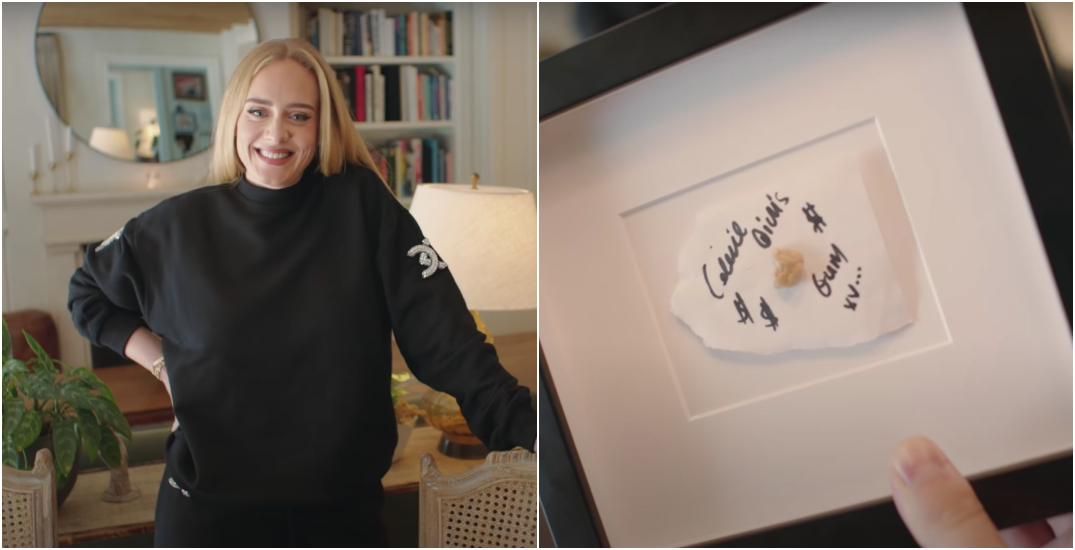 You know, to the point that they keep an old and chewed piece of gum framed in their living room.

Adele, the English singer, confessed during a Vogue “73 Question” segment that a possession she holds dear to her heart in her home is a framed piece of gum that was chewed by Céline Dion.

She explained that she once did Carpool Karaoke with fellow English actor James Corden and expressed her love for the Quebec superstar singer.

Adele said when Corden had Dion on his Carpool Karaoke show, he asked her to spit her gum into a napkin, knowing how much it would mean to her.

Ah, to be famous.

The “Easy On Me” singer laughed and admitted the gum is “my proudest possession” during the interview while holding it up to the camera.

Back in 2018, Dion shared a picture of herself and Adele (wearing a Titanic shirt) on Instagram, captioning that she was “thrilled” that Adele came to one of her shows. “I love her so much,” said Dion.

Dion neglected to say whether she had a framed piece of food that Adele has ever chewed on, however.