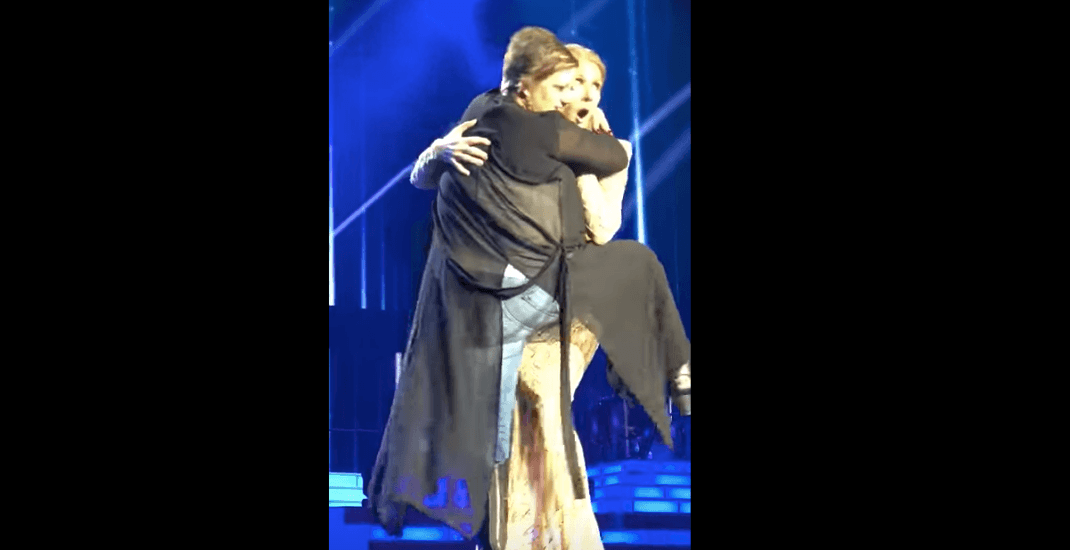 Céline Dion is one classy lady with a big heart.

The Canadian-star was performing at her Caesars Palace concert residency in Las Vegas on January 5 and invited an audience-member on stage.

“During last night’s Céline Dion show in Las Vegas, Céline brought a woman on stage, not knowing the woman was drunk and had some issues: her son just had a bone marrow transplant and she wanted to tell everyone to be a donor. The woman proceeded to hug Céline tightly, but also began to hump her.” wrote YouTuber Mat’s Channel, who uploaded video footage of Dion and the fan.

The woman then wraps her leg around Dian and pushes her body against the star, who looked surprised at the forward gesture.

Dion’s security tried to take the woman off of the stage, but the singer urged them to be patient.

“A class act like Céline is, she didn’t let her security drag the woman off from the stage, but instead tried to comfort her and helped the woman off stage herself,” explained Mat’s Channel.

The woman was eventually escorted off stage and Dion remained in good spirits.

“You know what? Some people go through alot and some people need to talk. And I want to say thank you to all of you because for maybe five minutes we had given this lady a moment to talk,” said Dion as the crowd clapped.

It doesn’t get classier than that!