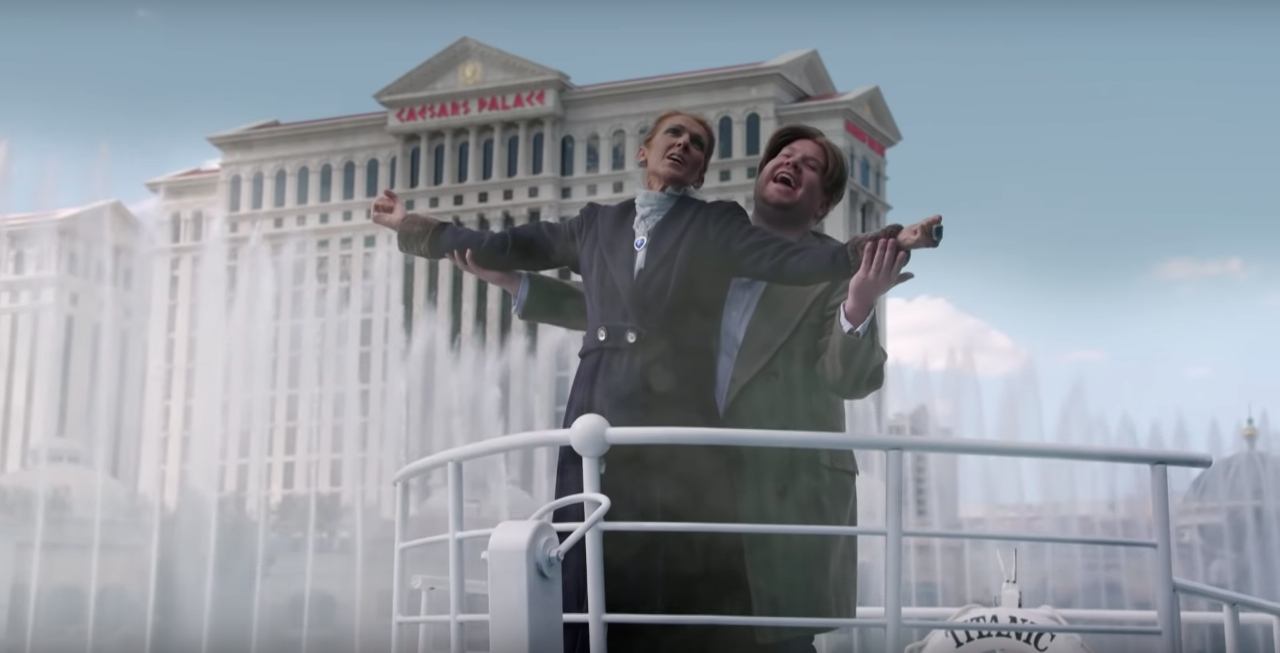 The 51-year-old superstar was the most recent guest on The Late Late Show With James Corden‘s ‘Carpool Karaoke’ as she sang a collection of her biggest hits and reenacted an iconic scene from Titanic, the film she lent her voice to some 22 years ago.

At the end of the episode, Dion and Corden boarded a makeshift Titanic boat and sang “My Heart Will Go On” in front of Caesars Palace and a group of fans on the Las Vegas strip.

The reenactment ends with the Quebec-native dropping a blue necklace into the pool, a nod to the ending of James Cameron’s blockbuster film.

Dion’s appearance on the popular segment included a dramatic version of the song “Baby Shark,” as well as surprising pedestrians around Las Vegas by giving away free pairs of high heels to fans.

Along with ending her eight-year residency in Las Vegas this coming June, the singer will be releasing a new album later this year while she embarks on her first North American tour in more than a decade.

The full episode of Céline Dion on Corden’s Carpool Karaoke is embedded below with the Titanic goodness starting at the 11:50 mark.