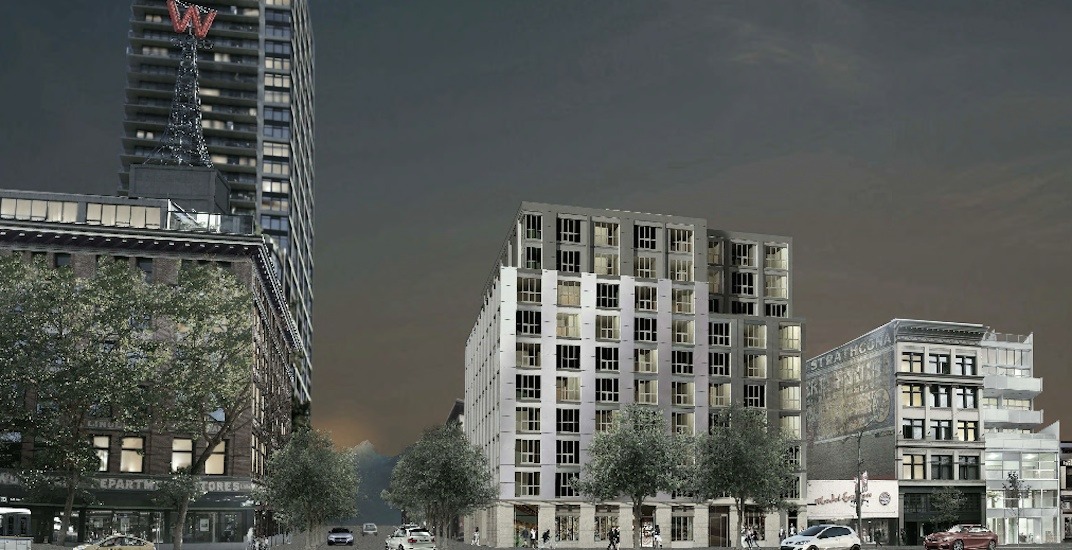 A vacant parking lot site on the northeast corner of the intersection of Abbott Street and West Hastings Street – right across the street from Woodward’s – will be redeveloped into a 10-storey mixed-use building.

Last week, Vancouver City Council approved a rezoning application by Holborn Group to turn the 13,000-sq-ft site at 95 West Hastings Street, on the western border of the Downtown Eastside, into a modestly-sized redevelopment with a height of 105 ft. 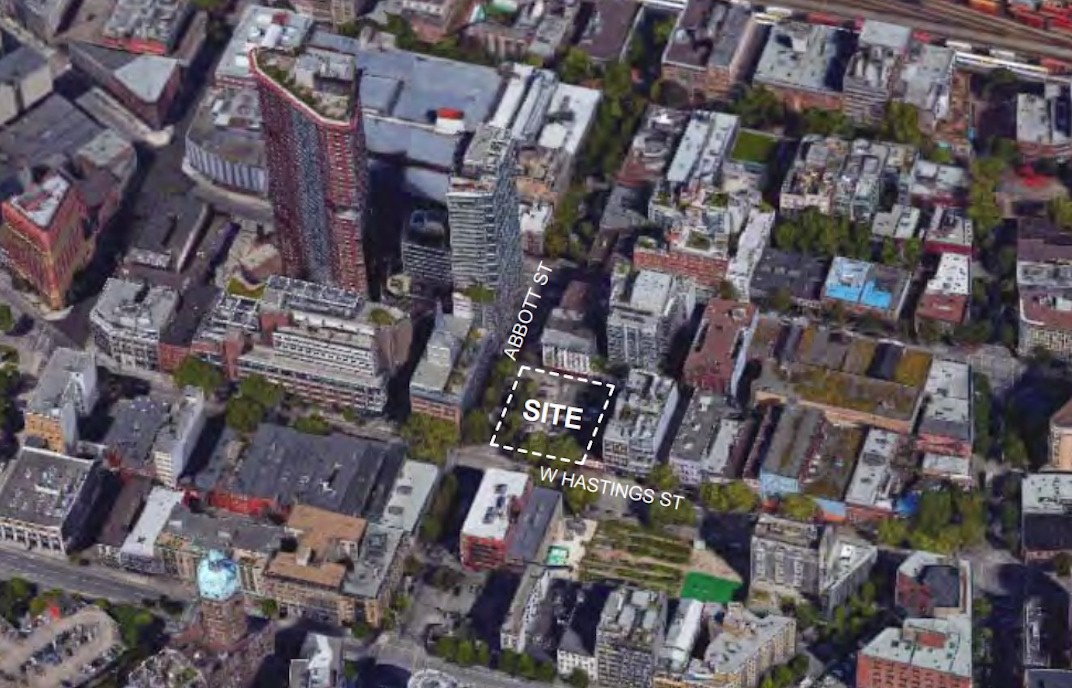 There will be 132 units of secured market rental housing, with the unit mix comprised of 83 studio units, four one-bedroom units, and 45 two-bedroom units.

On the ground level, the project calls for three commercial units totalling close to 6,000 sq. ft. of space.

Extensive amenities are planned for the building’s residents, such as a multi-sport indoor court, indoor common rooms, and a large outdoor rooftop space with an urban garden, communal spaces, and a jacuzzi hot tub. 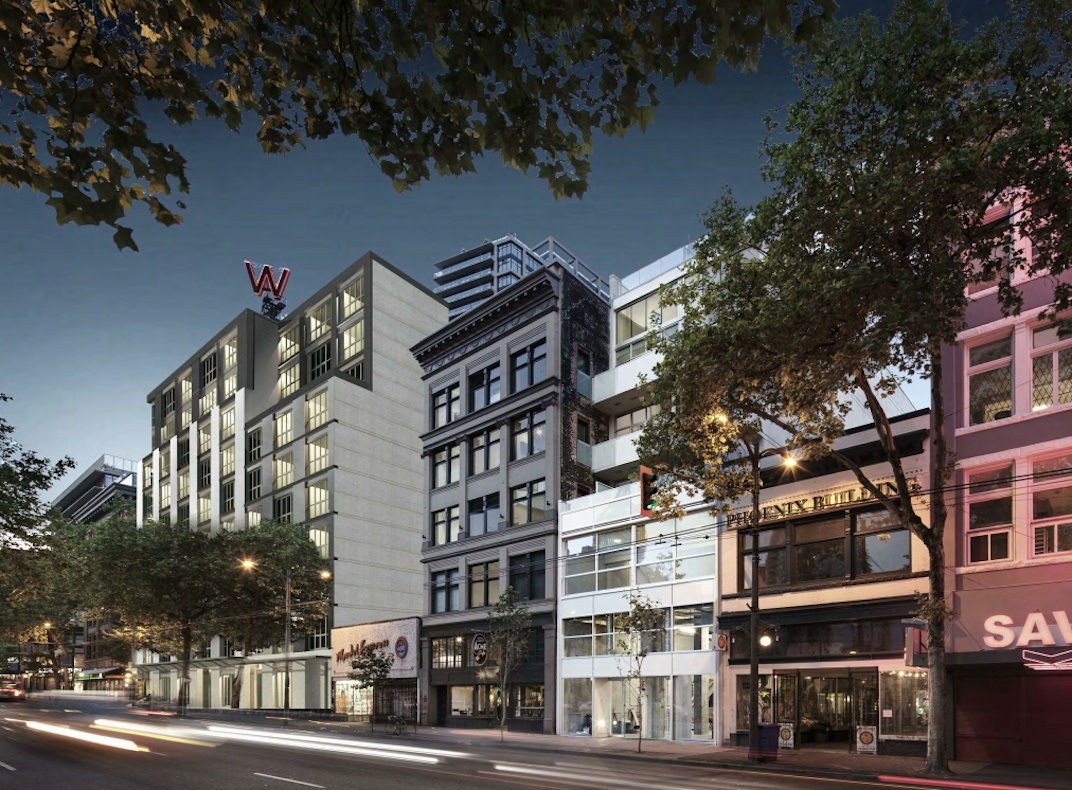 “Market rental housing is supported at this location and the site is suitable for the proposed development. Feedback from the community indicates that this site requires a strong building with an active street level, which we are providing,” said project architect Gair Williamson.

“The proposal addresses a need by bringing families into the neighbourhood that will use local merchants and contribute to a strong local community.” 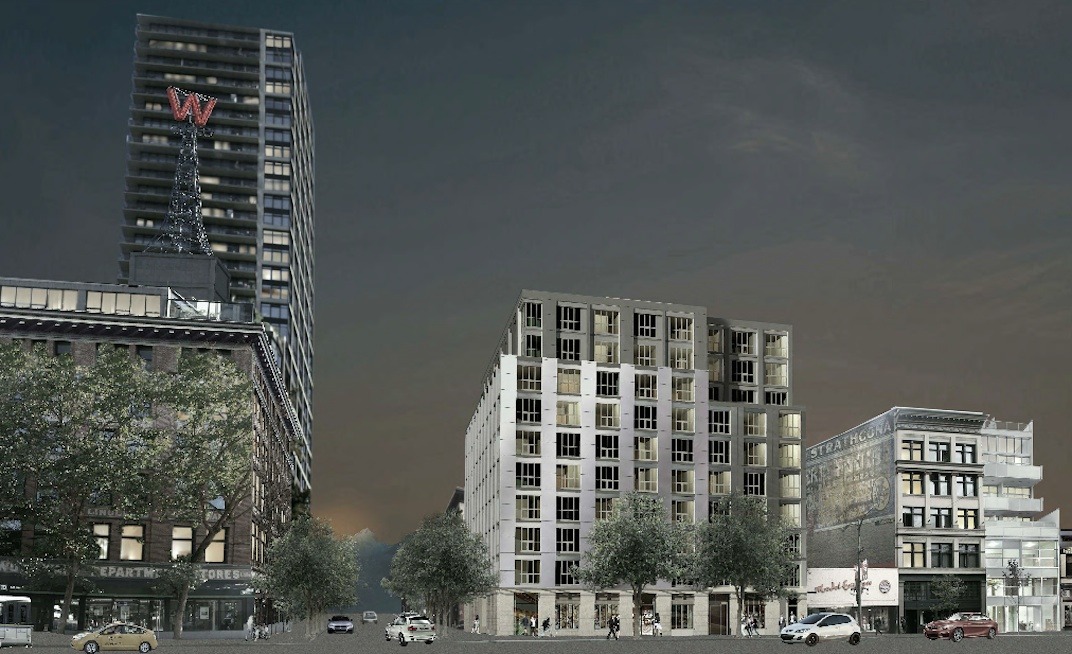 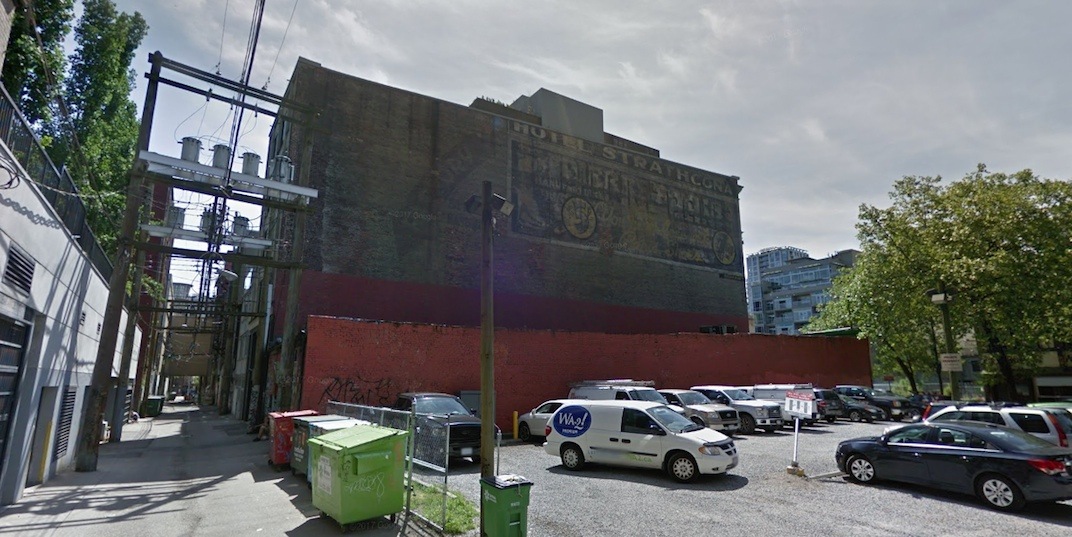 The project also enhances the ‘Strathcona Hotel’ heritage mural on the upper section of the Paris Block building, located east of the development site, by highlighting the art with new special lighting.

“Our key place making and built form strategies reinforce the prevailing context through contemporary architectural expression, recognizing and strengthening the historic form and scale with an emphasis on appropriate frontage and modulating heights that provide a transitional scale from the Paris Block to Woodward’s,” continued Williamson.

The project has a floor area 7.6 times the size of its lot (FSR) and aligns with the prescribed policies of the municipal government’s Downtown Eastside Plan, Victory Square Policy Plan, and the Victory Square Design Guidelines.