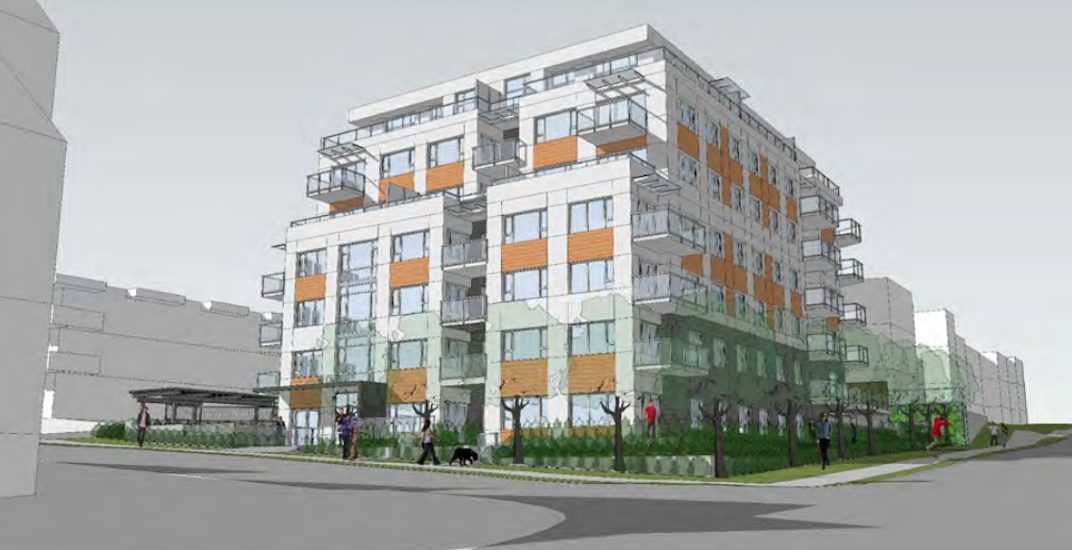 A residential redevelopment is slated for the southwest corner of the intersection of East 8th Avenue and St. Catherines Street on the Broadway Corridor in Vancouver’s Mount Pleasant neighbourhood. 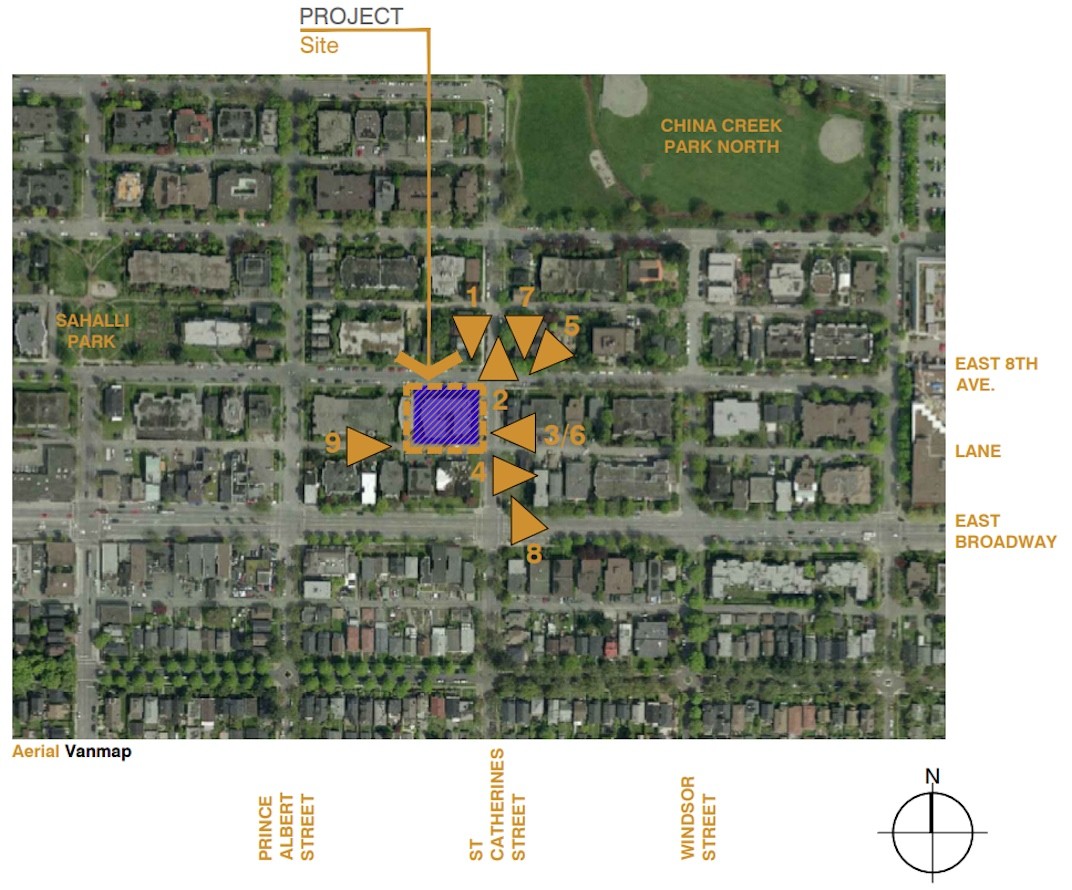 “Wood grain coloured metal siding in a lighter tone infills the spandrels and vertical elements within the silver grid providing a contrasting warmer element. Balconies have been positioned on each corner to maximize views and sunlight for the corner units. The corner balconies also serve to break the scale of the building’s box shape.”

A rezoning application for the project was approved by Vancouver City Council last year. The subsequent development application currently being considered is expected to receive approval as well. 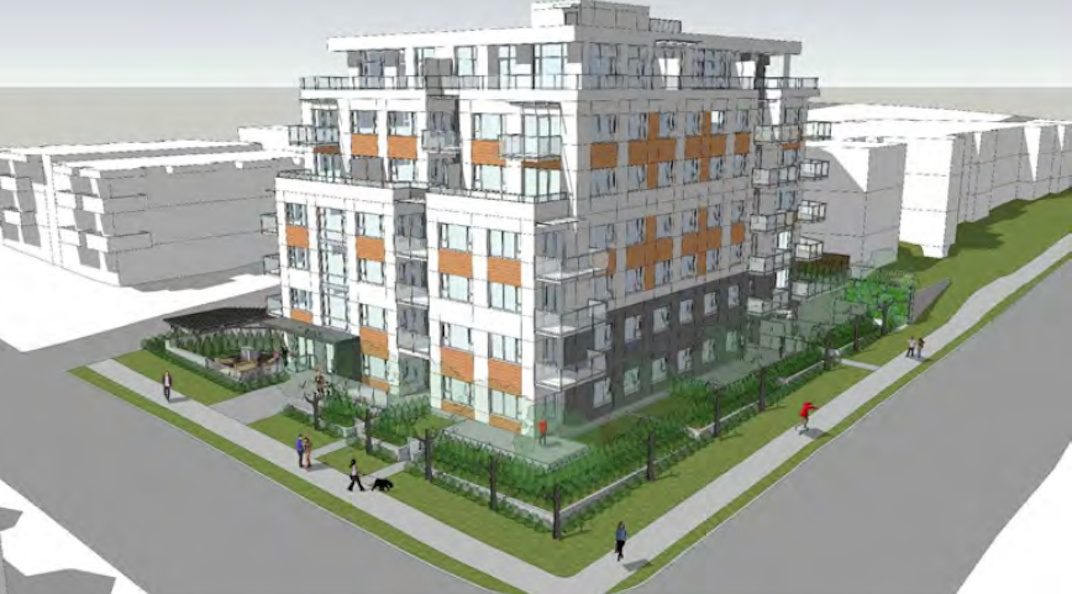 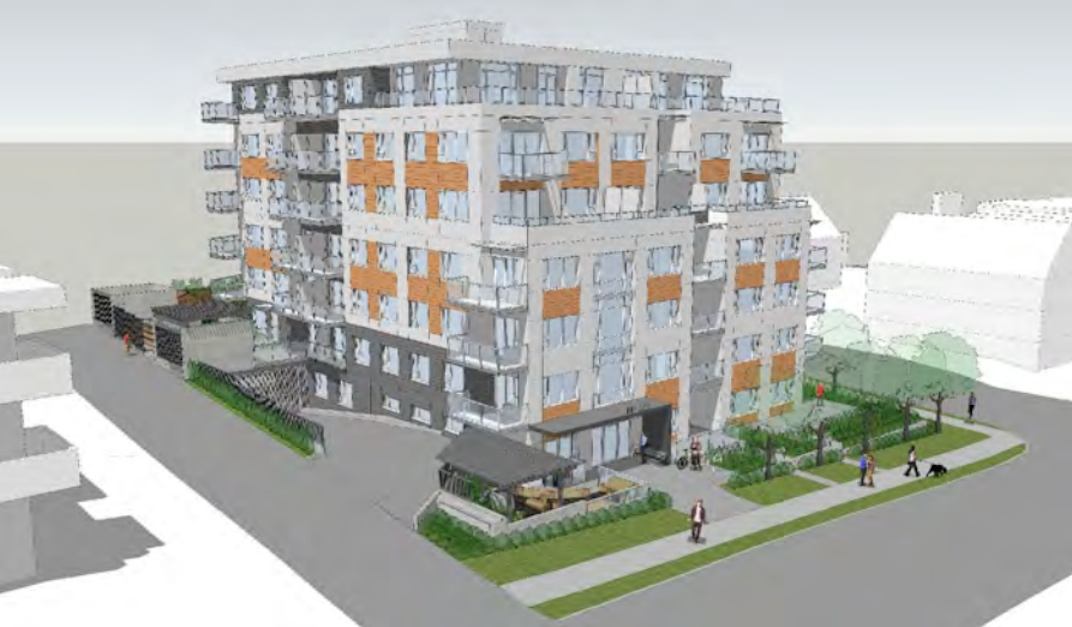