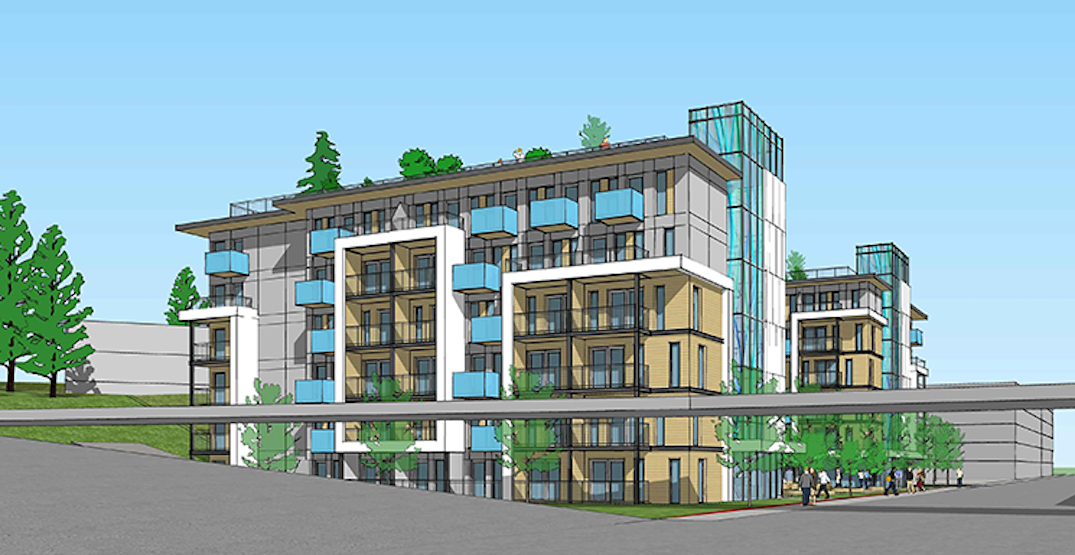 A under-utilized site on the northern perimeter of the Park Royal shopping centre property could be developed into much-needed affordable rental housing options for working people in West Vancouver, accomplished through the provision of lower-cost micro units.

Mall owners are in the early stages of pitching the municipal government their proposal to develop a 43,700 sq ft site at 671 Clyde Avenue, currently used as surface parking.

The parcel is located immediately north of the mall’s Taylor Way parkade, right at the northeast corner of the intersection of Clyde Avenue and Taylor Way, which is the main major regional arterial roadway that links the Lions Gate Bridge with Highway 1/Upper Levels Highway and the Sea to Sky Highway.

The parkade’s exit ramp onto the northbound direction of Taylor Way is located on the west side of the development site. 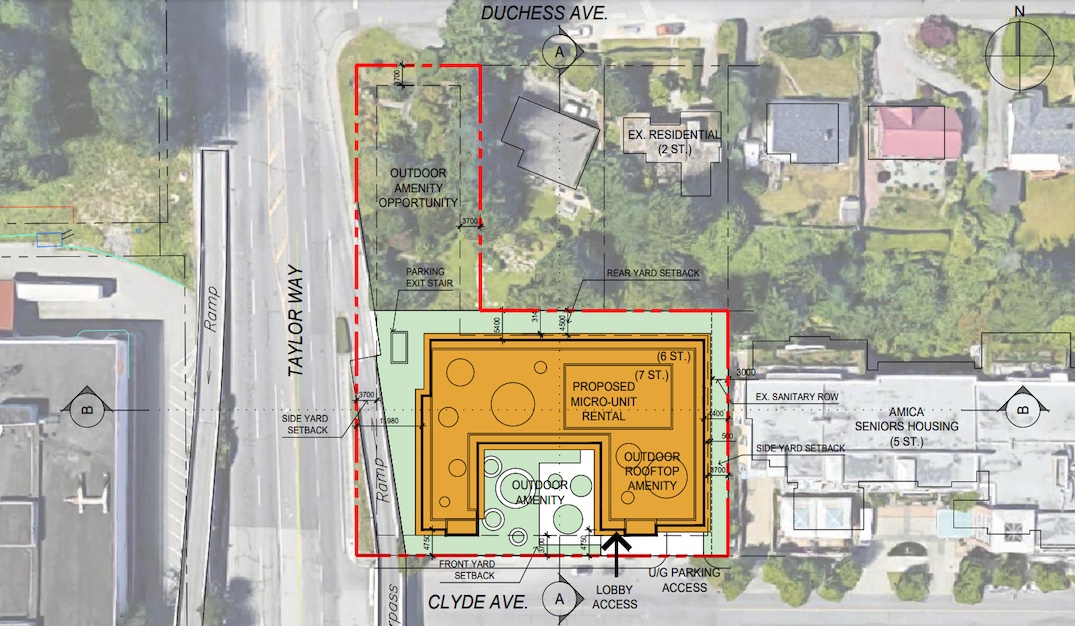 The concept by DA Architects & Planners calls for a six-storey building, with a U-shape massing that enables an internal south-facing amenity courtyard buffered from Taylor Way’s vehicle traffic.

The proponent suggests such units could be suitable for young professionals, and frontline and service workers in the city.

Residents will have access to common amenities such as a rooftop garden with shared indoor working IT spaces. The courtyard at ground level is also adjacent to indoor dining and an outdoor fitness area.

A parcel north of the building footprint could potentially be turned into additional outdoor amenity space.

A single underground level will provide just 49 vehicle parking stalls for residents, plus 199 secure bike parking spaces. This is considered a transit-oriented development, given the location’s close proximity to numerous TransLink bus routes, including the R2 Marine Drive RapidBus. As well, the location is within very close proximity to a large cluster of retail, dining, services, and community amenities.

The proposed total floor area is 87,328 sq ft, creating a floor area ratio density of a floor area that is two times larger than the size of the lot. 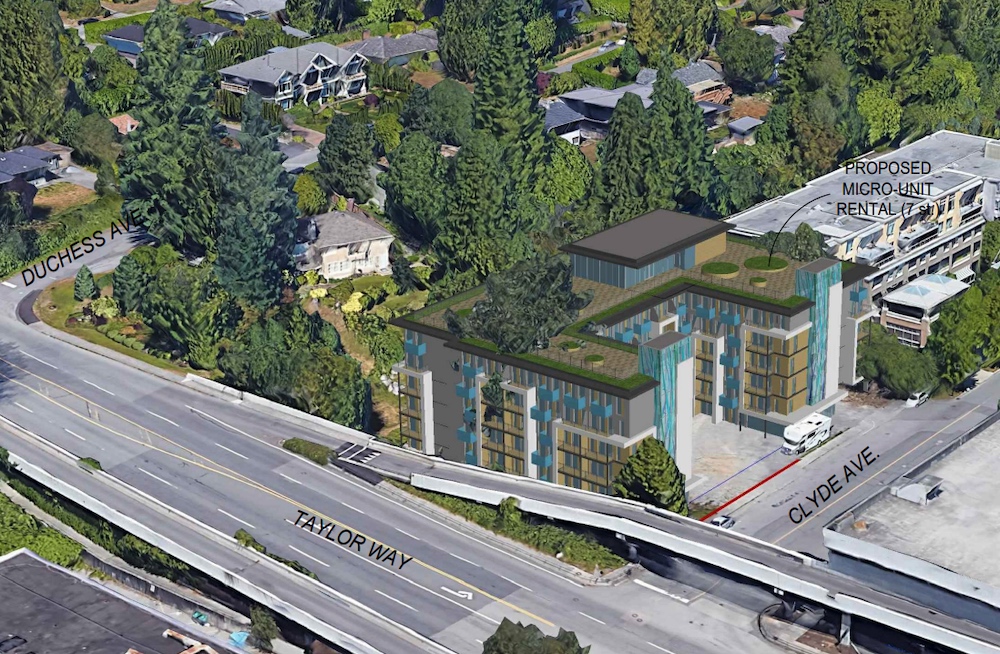 Park Royal is also currently in the final stages of completing its new Gateway Residence towers, constructed on the former parking lot at the southwest corner of the intersection of Taylor Way and Marine Drive. Upon completion later this year, Gateway Residences will have a total of 298 rental homes, including 138 permanent market rental units, 57 units used as market rentals for 20 years, 92 unsecured rental units, and 11 district-owned supportive rental units.

Gateway Residences at Park Royal mall was still a pit in the ground the last time I was here.

According to the municipal government’s 2020 housing report, labour force participation rates in West Vancouver have been falling, and nearly 75% of the workers in this district commute into the municipality for work.

Furthermore, the cost of housing is increasingly out-of-reach and employers are struggling to recruit and retain staff. More mid-market rental and affordable home ownership options are needed to address West Vancouver’s labour issues.