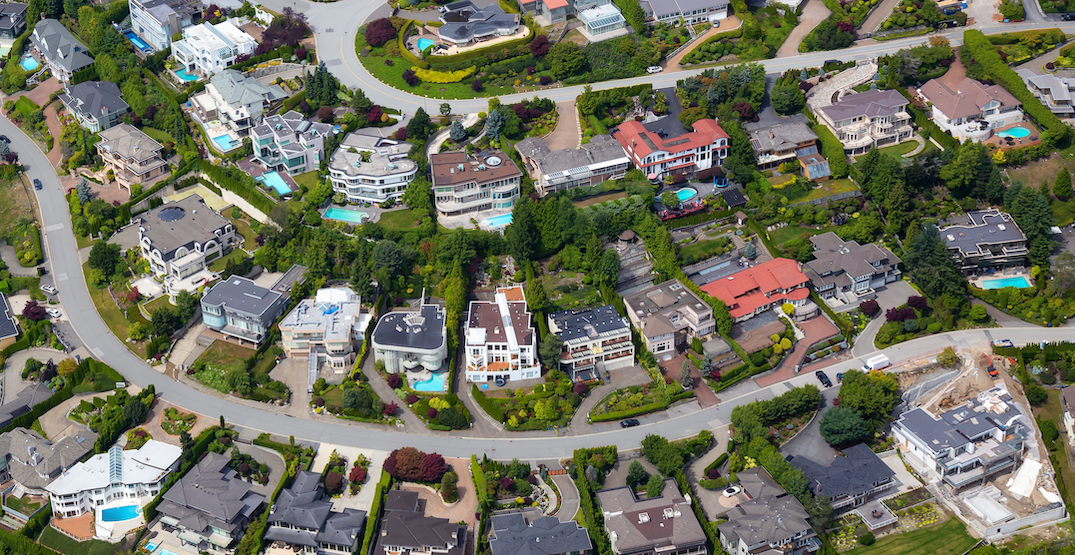 For the first time in over three decades, the District of West Vancouver has made amendments to the densities permitted in single-family neighbourhoods.

During a public hearing late last month, the district council unanimously approved policy changes in an attempt to tackle some of the municipality’s housing affordability and supply issues.

“I’m very, very pleasantly surprised by the support from the community, considering the engagement we’ve done, the support for these recommendations, and the lack of pushback,” said councillor Nora Gambioli.

The policy changes are multi-pronged, with a reallocation of the floor area from the primary residence to a coach house and secondary suite.

Similar to Vancouver’s laneway houses, a coach house level will be permitted above a garage structure. And instead of a garage and accessory space for vehicles and storage, the main level of the coach house could be used for living space.

As well, legal secondary suites in the basement of the primary residence will be granted a floor area bonus of 0.05 FAR up to 500 sq ft. Both a secondary suite and coach house are permitted on the same lot to provide much-needed rental housing opportunities in the community.

“We do expect that there will be an uptake in the number of coach houses across the district,” McGuire Michelle, the manager of current planning and urban design for West Vancouver, told council.

Councillor Bill Soprovich said, “It’s going to be a relief for some people in West Vancouver to be able to see their loved ones living on the same lot, or maybe not, and the ability to exercise that right. I hope it catches on.”

To help address West Vancouver’s growing mansion sizes, council’s approved policies also allow for smaller single-family lot sizes, with a subdivision expansion permitting a 12.5% reduction in lot size — from the existing minimum lot size of 12,000 sq ft to the new size of 10,500 sq ft. District staff estimate this will impact 11,400 lots, and allow 680 lots — just 6% of the total number of lots — to be subdivided for two new 3,300 sq ft houses.

Overall, the maximum floor area for a house will drop from the current density allowance of 0.35 FAR to 0.3 FAR.

“This is huge. It is a real positive shift in our single-family neighbourhoods. I think this is the beginning of the end for new monster homes in West Vancouver… homes that are very much out of character and scale in the neighbourhood,” said Gambioli, who noted the “monster home issue” was the top issue in recent civic elections, and the tangible results of the forthcoming policy changes will not be seen for years.

“All of these policies work to encourage smaller homes, which I think is what people want, and coach houses and secondary suites.”

On the other hand, councillor Craig Cameron suggested the policy changes are minor, and the measures may not be enough to encourage property owners to accommodate more units on their lots. He also believes only a small fraction of district staff’s estimated subdivision figure will be realized.

“It’s a positive move… [but] this is not actually that big of a shift, it’s actually very incremental. It’s nibbling at the edges of our most pertinent housing issues,” said Cameron.

“It will hopefully lead to more coach houses being built. We’ve virtually had zero coach houses built in the 10 years I’ve been in council, so I’ve heard a lot of promises that this will increase it. But we’re only looking at a handful. I really hope this time is different and that these incentives will be sufficient, I’m not sure that they are, but I’d be happy to be proven wrong. I’d like to see separate titling, more bonuses for coach houses, and most importantly see the process be made easier and cheaper.”

Over the past two decades, the vast majority of new homes built in West Vancouver have been new replacement single-family homes that are larger than what they replace.

“The real issue in West Vancouver is the vast majority of our housing is single-family homes, they’re incredibly expensive, and they’re completely unaffordable to anyone who doesn’t have large amounts of family money. Certainly young people are impacted, old people who are downsizing or have divorces, people who lose their jobs and have health issues… we are not even scratching the surface on the housing need,” continued Cameron.

Councillor Peter Lambur acknowledged the policies will “provide more homes, albeit not cheap homes, but more homes nonetheless. It will help diversify our housing stock and protect our existing neighbourhoods.”

According to Real Estate Board of Greater Vancouver, as of July 2021, the benchmark price for a single-family detached home in West Vancouver reached $3.12 million — down by 7.8% over the last five years due largely to government interventions on speculation and foreign buyers, but up by 70% over 10 years. West Vancouver has the highest benchmark prices for all housing types amongst all jurisdictions in Metro Vancouver, with its overall benchmark price hovering at $2.53 million last month.

“Neighbourhood character includes the diversity of people in neighbourhoods, and that has been changing,” said Mayor Mary Ann-Booth, describing how escalating housing prices and the lack of suitable housing for working people have led to fewer residents in the community.

Other approved policy changes dealt with adjusting allowable roof heights, building setbacks, and landscaping, as well as changes to the height of fencing and retaining walls.

The suite of policy changes were considered by council following a two-year consultation process.