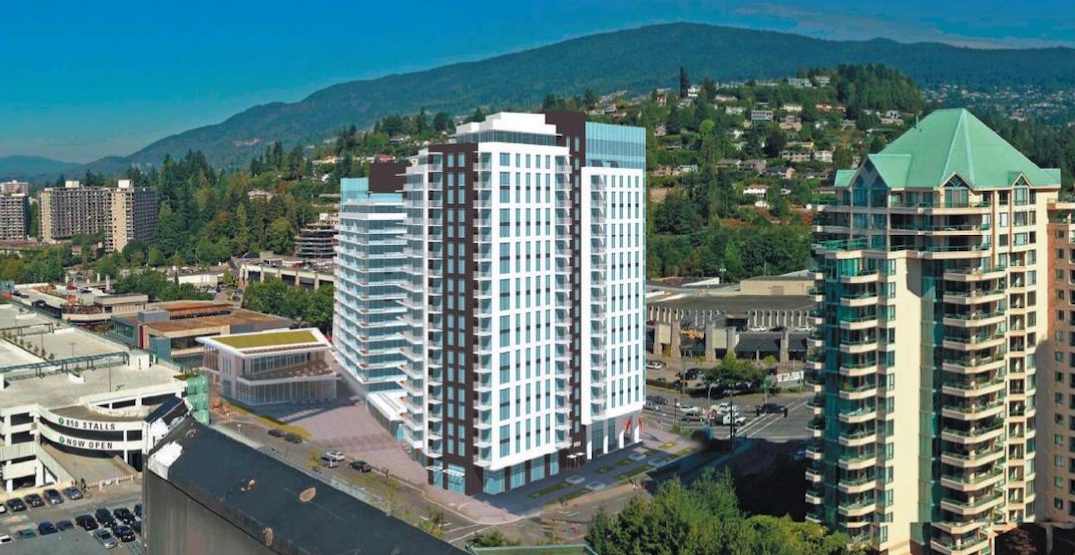 The under-construction Gateway Residences at Park Royal will be gaining new verticality after District of West Vancouver council’s approval of the enlarged project scope shortly after midnight.

After hearing from public speakers, district council voted 4-3 in favour of the proposed changes to the redevelopment, with Bill Soprovich, Peter Lambur, and Marcus Wong voting against.

District council first approved a smaller project in May 2018 for two towers — 11 and 14 storeys — at 752 Marine Drive, the former parking lot at the southwest corner of the intersection of Marine Drive and Taylor Way.

Approximately a year later, and after construction had already begun, Larco Development and Park Royal returned to the municipal government with a proposal to add five storeys to each tower, increasing the heights to 16 and 19 storeys. 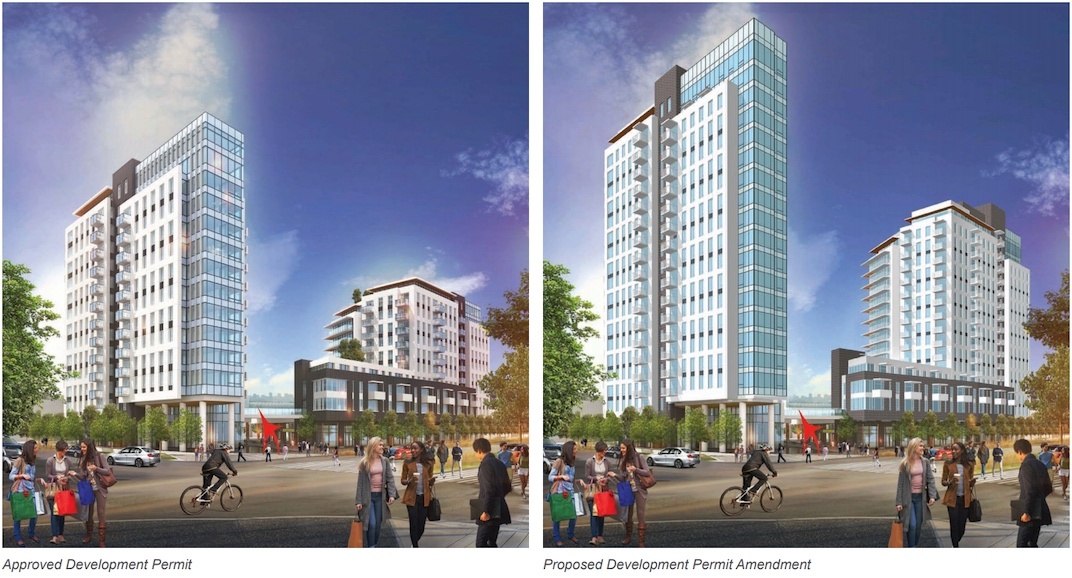 At ground level, the redevelopment will incorporate retail and restaurant units, as well as a public plaza. 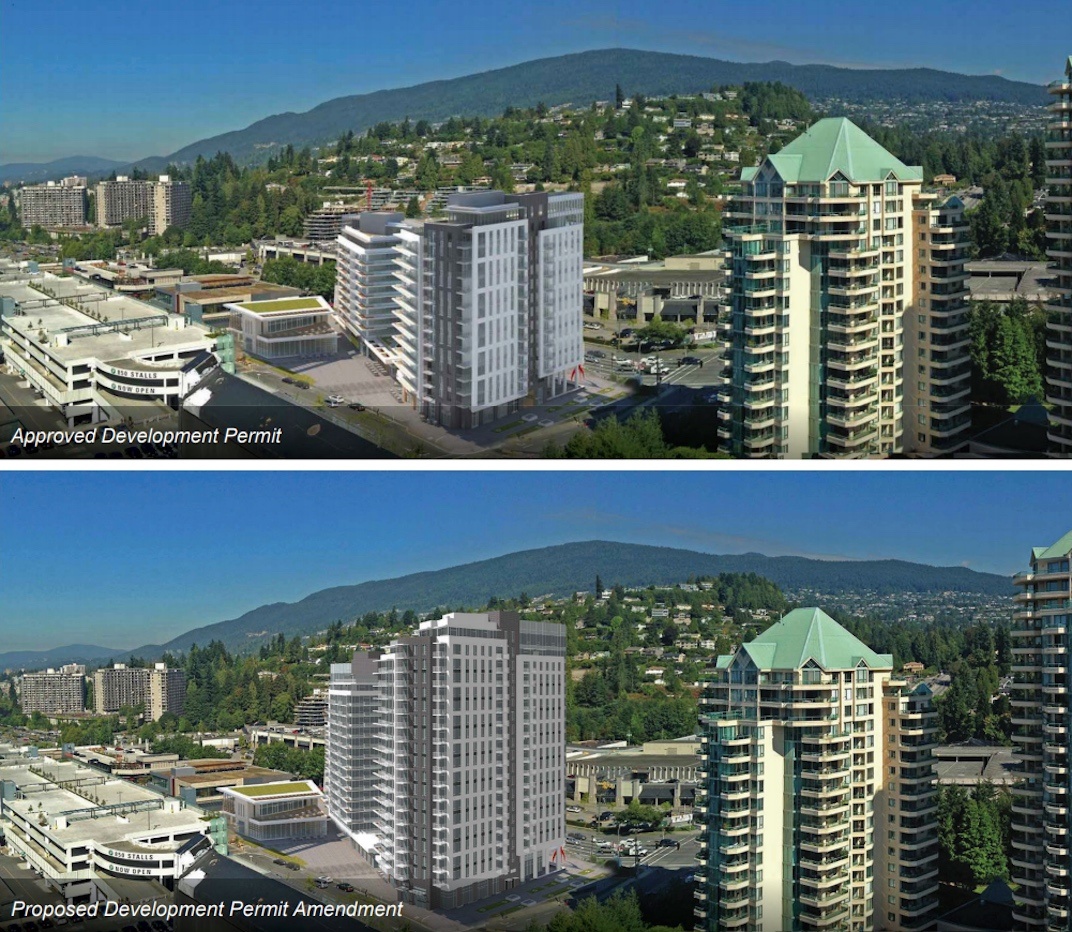 While the property owner made a decision to build a larger foundation, in hopes of receiving council’s permission to build a larger project, the revised project will not add any new additional parking beyond the 232 vehicle stalls previously approved. But there will be 119 additional bike parking stalls, bringing the total to 403 bike parking stalls.

Throughout the night, opponents on the revisions took issue with the added height, density, traffic, and the possibility that this would set precedent for developers to return to council for a larger project scope.

Those who were in favour of the project focused their attention on the infusion of the affordable housing provided. 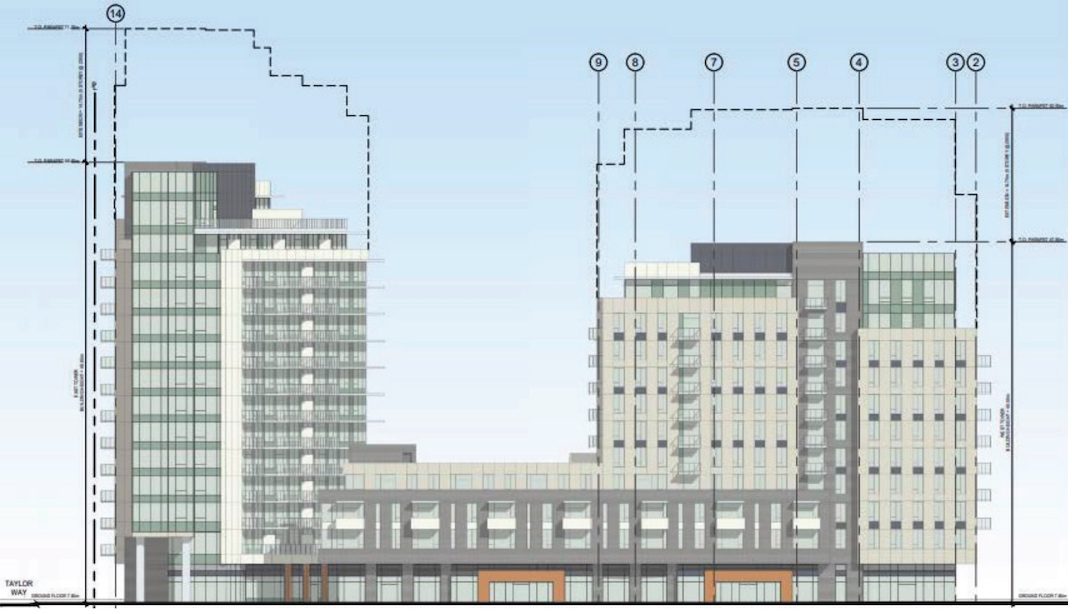 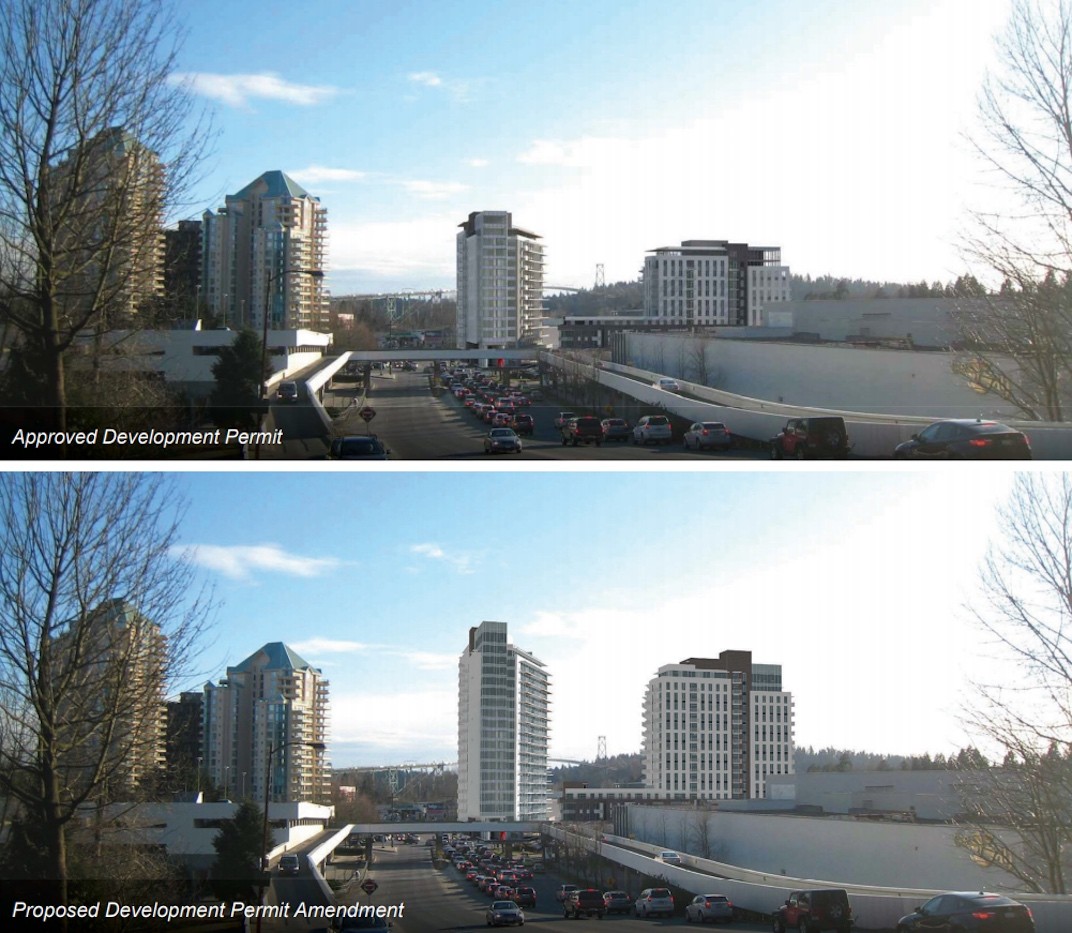 Mayor Mary Ann-Booth, who voted in favour, highlighted West Vancouver is severely unaffordable for the jurisdiction’s workers and the average family, with the average house priced at $2.8 million. The annual household income required to buy such a residence is $435,000.

Ann-Booth went on to say her support for the revision is “an opportunity for me and this council to correct a mistake,” adding that she is “now able to support what I thought should be done in the first place.”

Council went against staff’s recommendations in 2018 for taller towers, and instead went down to the 11 and 14 storey heights. The mayor says she regrets not halting these proceedings.

“I felt we left density on the table, and we left the opportunity to build housing for families, for young people, and seniors in a really modest tower for this location, which has the best bus connections in West Vancouver, some of the best amenities in the district, and has childcare. I felt we should take more advantage of the property,” she said during the meeting. 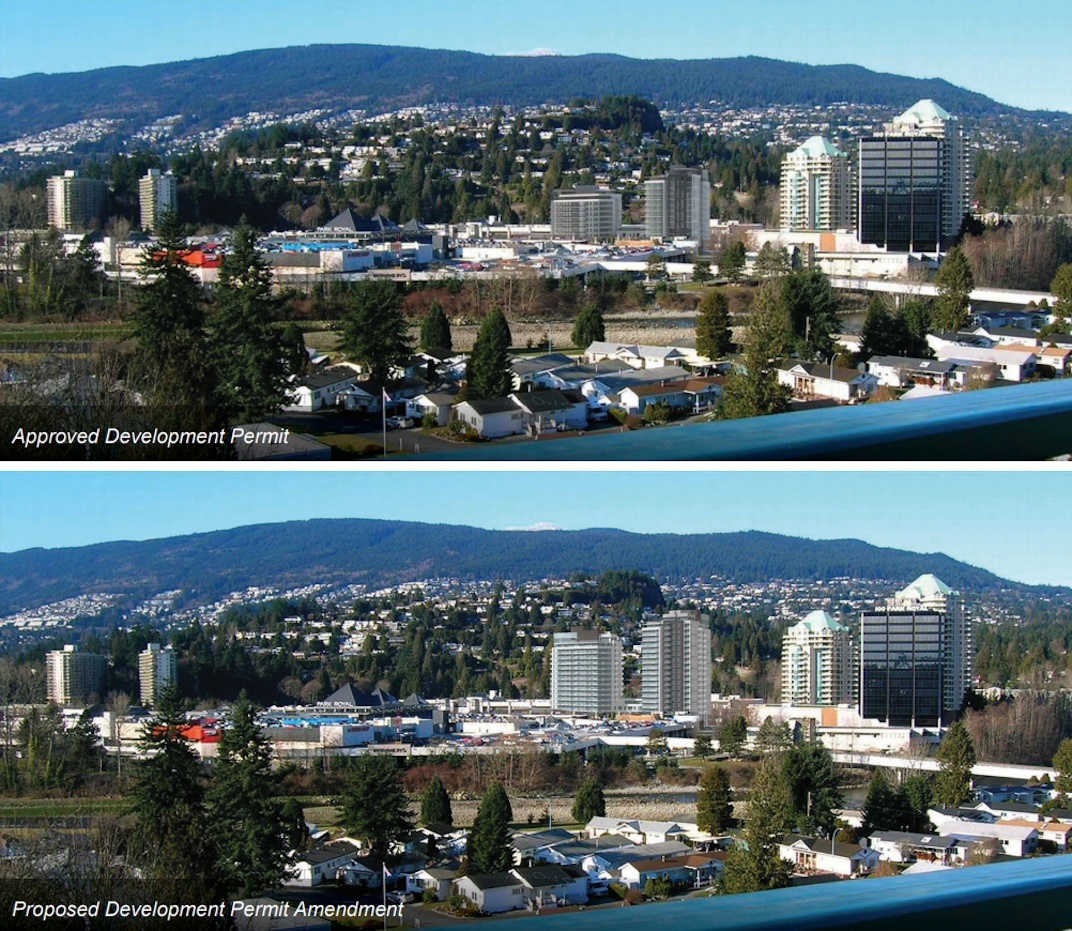 “Our job is to think 30 to 50 years from now, like the visionary councils that approved the Ambleside apartment zone, the West Royal high-rises, and Evelyn, despite immediate and vocal opposition, including a failed referendum,” Ann-Booth continued, noting that the thousands of people living in these developments would not have homes if it were not for the decisions of past councils.

“It’s not about how we look doing our job, it’s about doing the right thing and having to look yourself in the mirror every morning and night, and say, ‘I did the best job for this community.'”