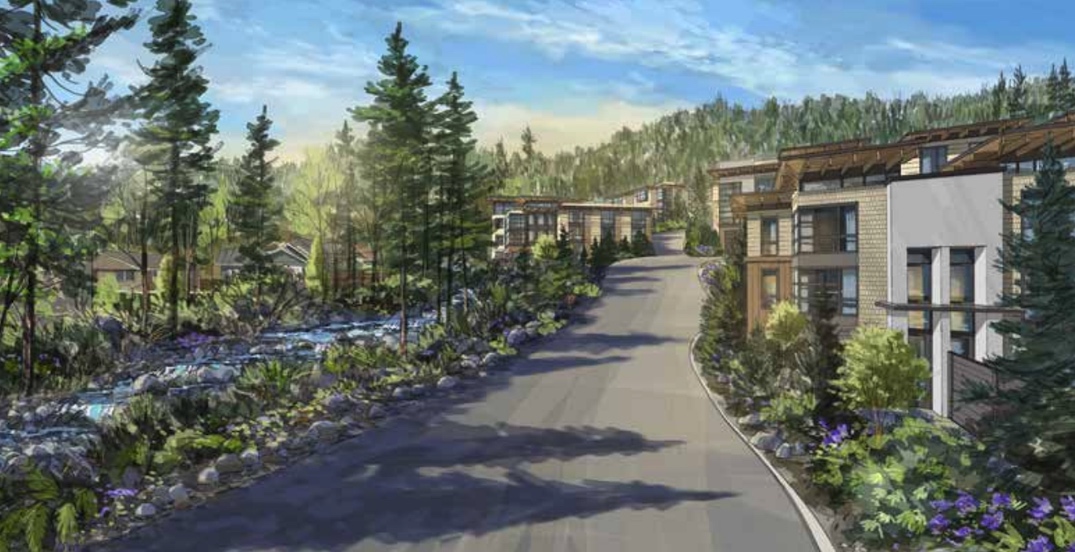 Instead of super-sized homes, a 4.5-acre site in the Eagle Harbour neighbourhood of West Vancouver could become 67 townhouses.

A preliminary development application by Sterling Pacific Developments calls for a higher density, multi-family development of a sloping site framed by the CN railway and Westport Road to the north and east, Daffodil Lane to the south, and Easement Road to the west.

The project, named Aquila, will create homes ranging in floor area of 1,300 sq. ft. to 2,300 sq. ft., with three or four bedrooms. About a third of these homes will have the option of one- and two-bedroom lockoff suites that are suitable for rental. 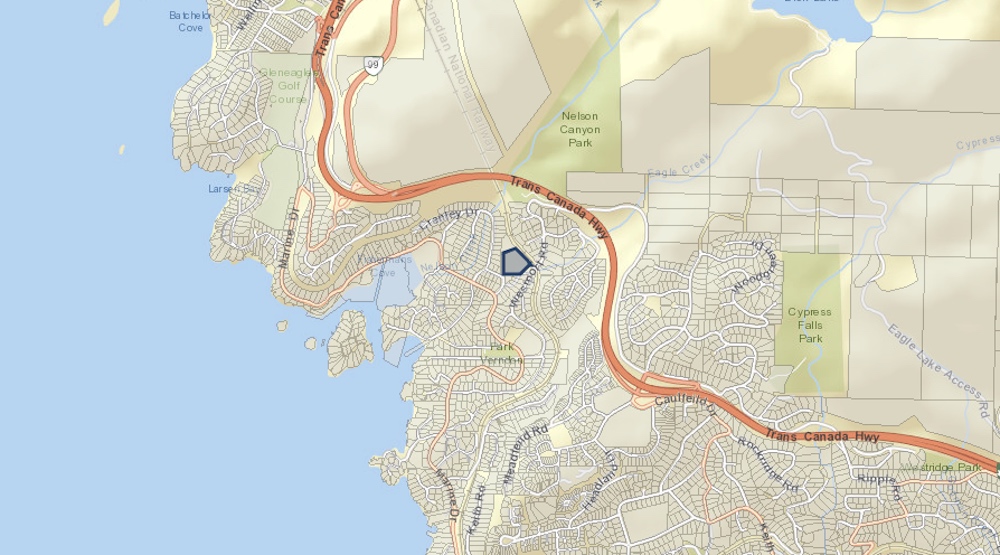 Site of the Aquila development site at Eagle Harbour in West Vancouver. (BC Assessment) 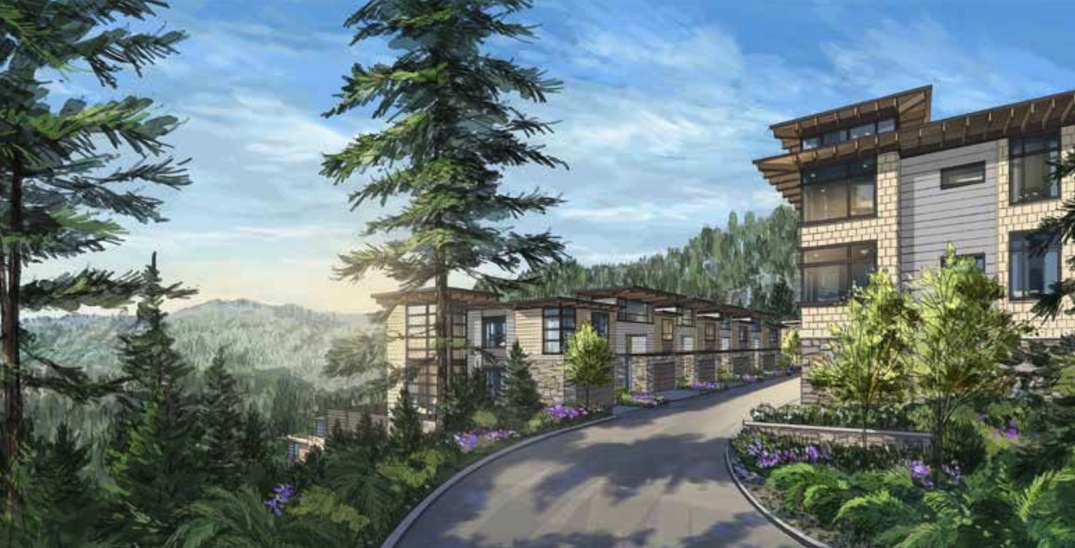 With prices ranging between $1.1 million and $1.9 million, the developer says these homes will be offered to West Vancouver residents first, specifically local first responders and teachers.

“The new development incorporates the ‘missing middle’ housing types in West Vancouver. The price points of the homes will be far lower than nearly anything else in the market place and will allow families to stay in West Vancouver and those who have been forced out due to market price to return to West Vancouver,” reads the project description.

“Also, there are housing types and price points perfect for those wishing to downsize. Additionally, the development is situated along the Marine Drive Transit Corridor.”

This latest iteration of the project, designed by Formwerks Architects, is a significant departure from the previous plan that was approved before the enactment of West Vancouver’s new Official Community Plan. It calls for the subdivision of the property into 10 large single-family lots for mansions between 5,500 sq. ft. and 7,700 sq. ft., likely priced from $2.9 million to $3.7 million.

“The OCP clearly states that large expensive homes on large lots catering to the elite are not what West Vancouver needs or wants,” continues the description.

The change in direction is also likely in response to the poor market conditions in West Vancouver for luxury housing. 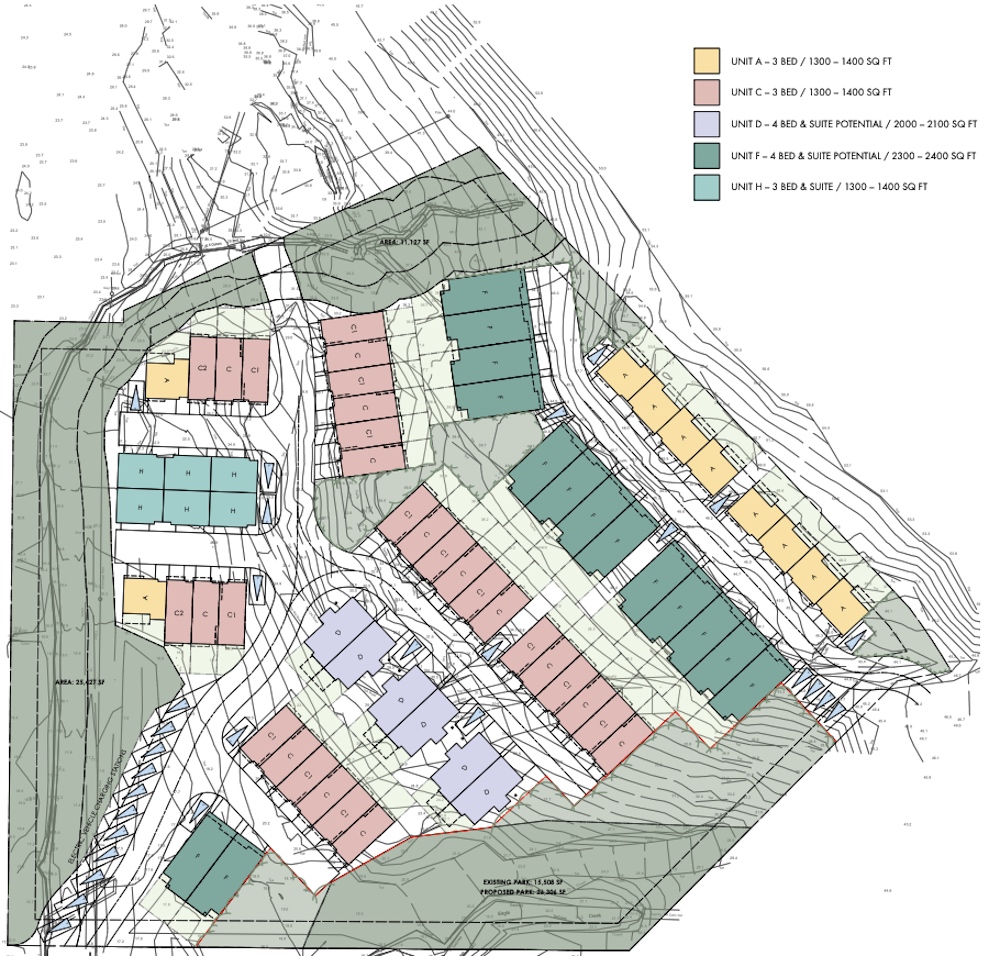 As this is an infill development in a treed area, the proposal envisions a “greenbelt” around the perimeter that preserves 62,848 sq. ft. of natural space, which is over 20,000 sq. ft. larger than the previous plan’s greenbelt.

There will be a dedicated park area of over 26,000 sq. ft., and a creek rehabilitation area of over 36,000 sq. ft. that removes invasive plants, and adds native vegetation and spawning pools for salmon.

The floor area ratio density of the development is 0.52 times the size of the site. The developer is proposing to offer 50 vehicle parking stalls over and above the private stalls for each home.