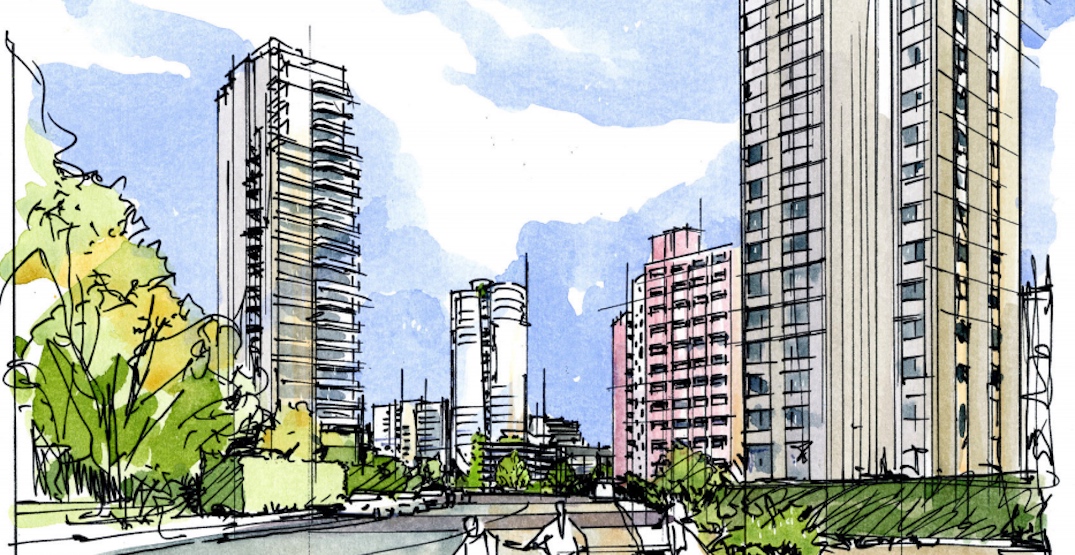 Nine months after an announcement on the intention to redevelop the Shoreland Apartment site at 2190 Bellevue Avenue, a preliminary proposal with two varying options has been submitted to the District of West Vancouver.

The Lachman family is the longtime property owner of both the Shoreland Apartment site and the nearby Villa Maris (Pink Palace) site at 2222 Bellevue Avenue. The project, currently in the early design stages, is being designed by James Cheng Architects. 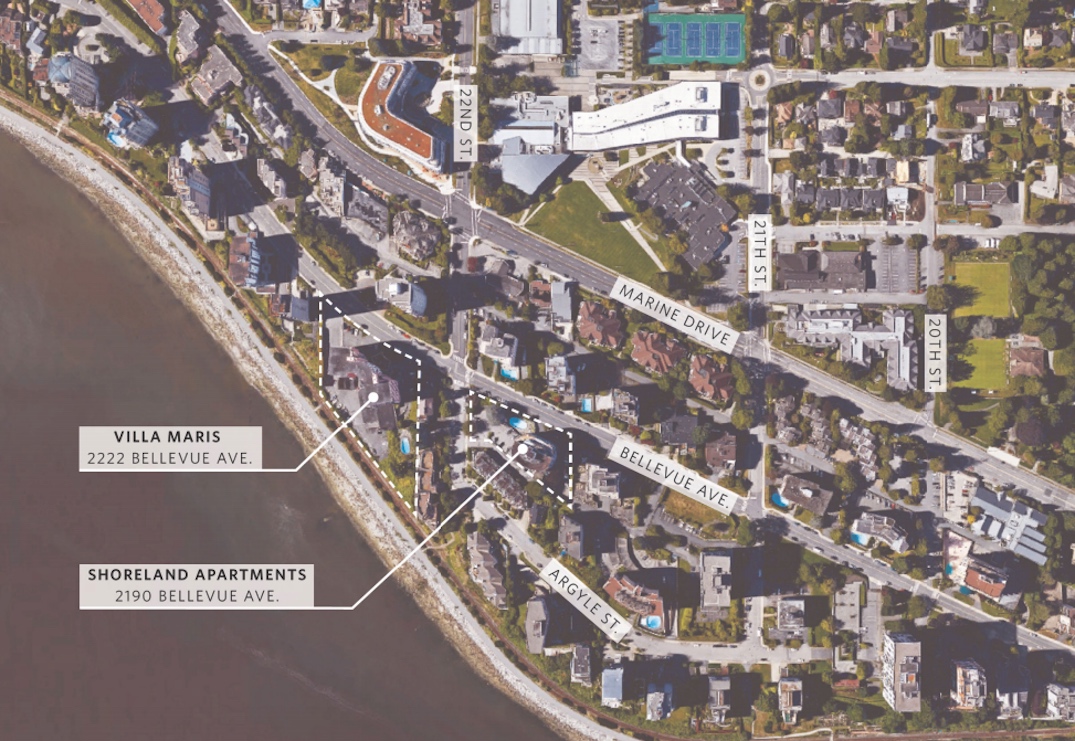 Both redevelopments will create a combined net gain of roughly 70 new rental homes. A separate application for the Villa Maris project is not expected until a later date.

Currently, the Shoreland Apartment site is occupied by a 1964-built, 11-storey building with 62 rental homes.

For the redevelopment, each of the two design options calls for two buildings, but with varying heights and number of rental homes. 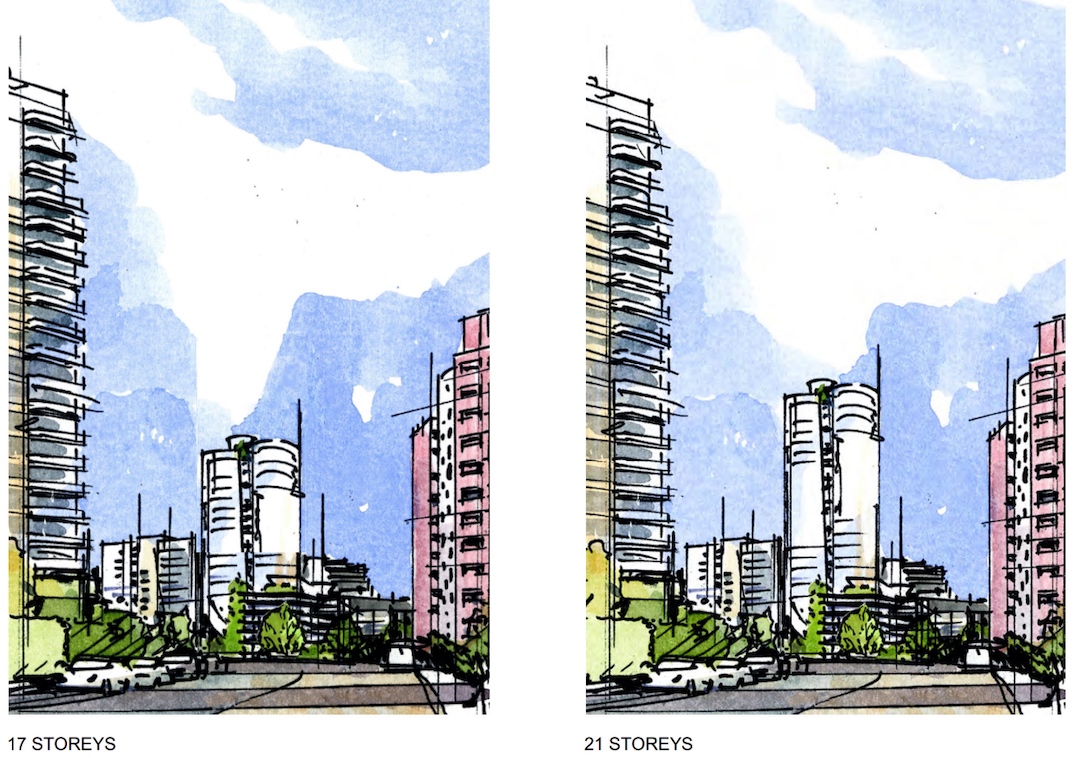 One option calls for a 70-ft-tall, six-storey building on the west side and a 221-ft-tall, 21-storey on the east side of the site for a total of 230 rental homes, including 24 non-market rental homes in the smaller building and 206 market rental homes in the tower. The proposed total floor area is 182,000 sq. ft., creating a floor space ratio density of 6.24 times the size of the 29,200-sq-ft lot. A total of 182 vehicle parking stalls will support this density.

The second option also calls for a six-storey building with 24 non-market rental homes, but 162 market rental homes within a shorter 182-ft-tall, 17-storey tower for a total of 186 rental homes. The proposed total floor area is 152,000 sq. ft., creating a floor space ratio density of over five times the size of the lot. It would contain 139 vehicle parking stalls.

In each option, the 24 rental homes within the six-storey building are designated for essential service workers in West Vancouver. 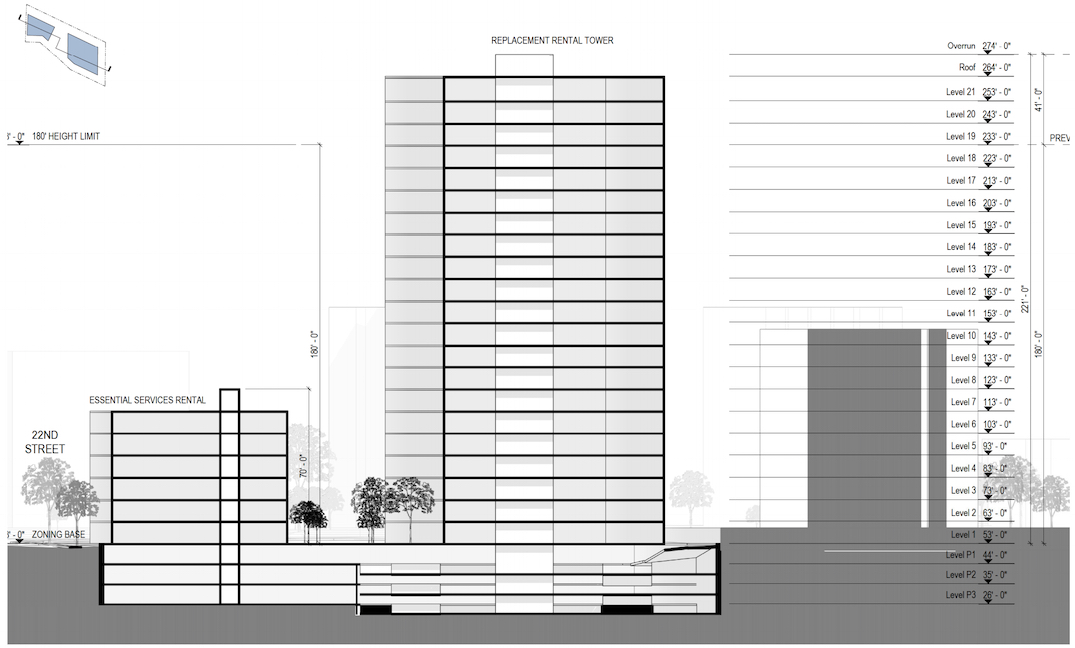