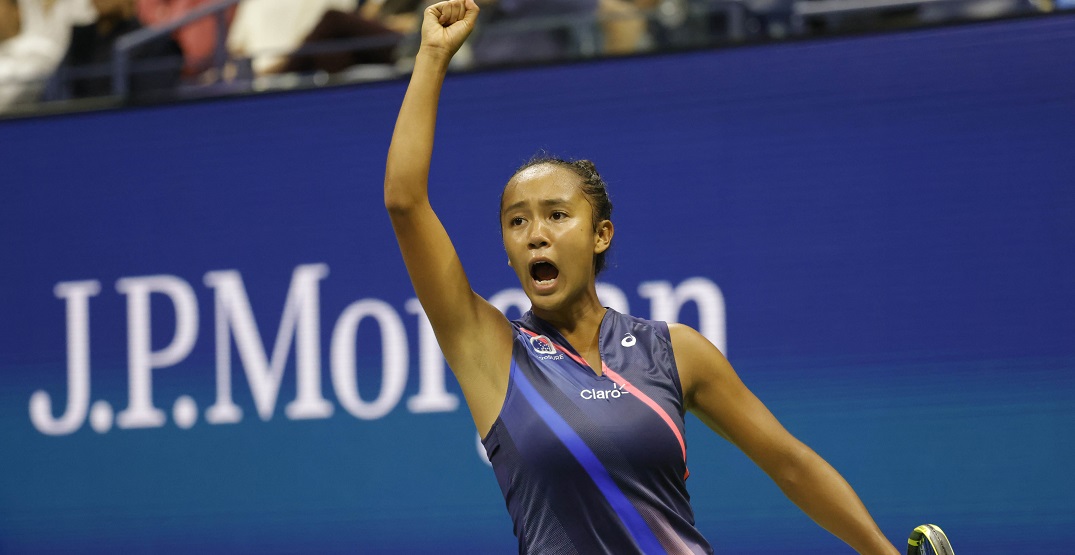 Montreal native Leylah Annie Fernandez has picked up the biggest victory of her career, defeating Japan’s Naomi Osaka by a score of 5-7, 7-6, 6-4 in the third round of the US Open.

Fernandez, who is just 18 years of age, raised both arms in the air after knocking off Osaka, who is currently ranked No.3 in the world.

The 18-year old Canadian defeats Naomi Osaka in a 3rd Round thriller at the US Open! pic.twitter.com/qQe64AagGM

Osaka has won four Grand Slam titles in her career, including the US Open in both 2018 and 2020.

But Fernandez recovered from a lost first set to knock off Osaka in a three-set thriller.

“From the very beginning, right before the match, I knew I was able to win,” Fernandez said in a post-match interview on court.

Fernandez is set to play Germany’s Angelique Kerber in her next match, slated for Sunday. It is the first Round of 16 matchup at a Grand Slam event of of Fernandez’s career.

“It’ll be a battle,” Fernandez said of the matchup with the former World No. 1. “We’re going to have fun, and I’ll put on a show like I did tonight.”