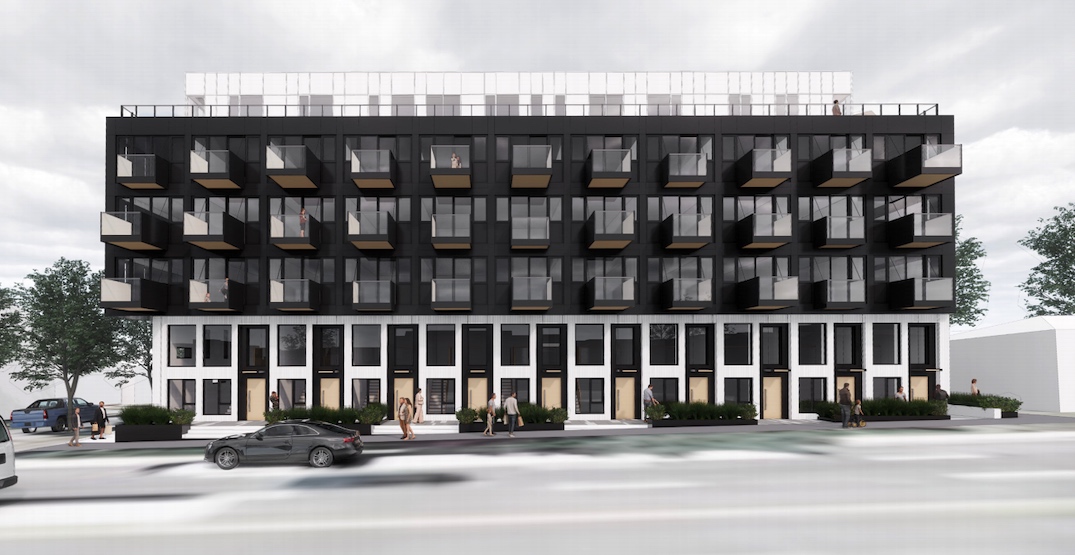 Through the approved recommendation, city council have directed city staff to work with the proponent to require air pollution mitigation measures are incorporated into the building design to protect tenants from vehicle pollution on Knight Street.

During her term, Swanson has raised her concerns with arterial pollution affecting the health of residents living in close proximity, especially along the Knight Street corridor, which is a critical arterial route used by growing port freight trucks. 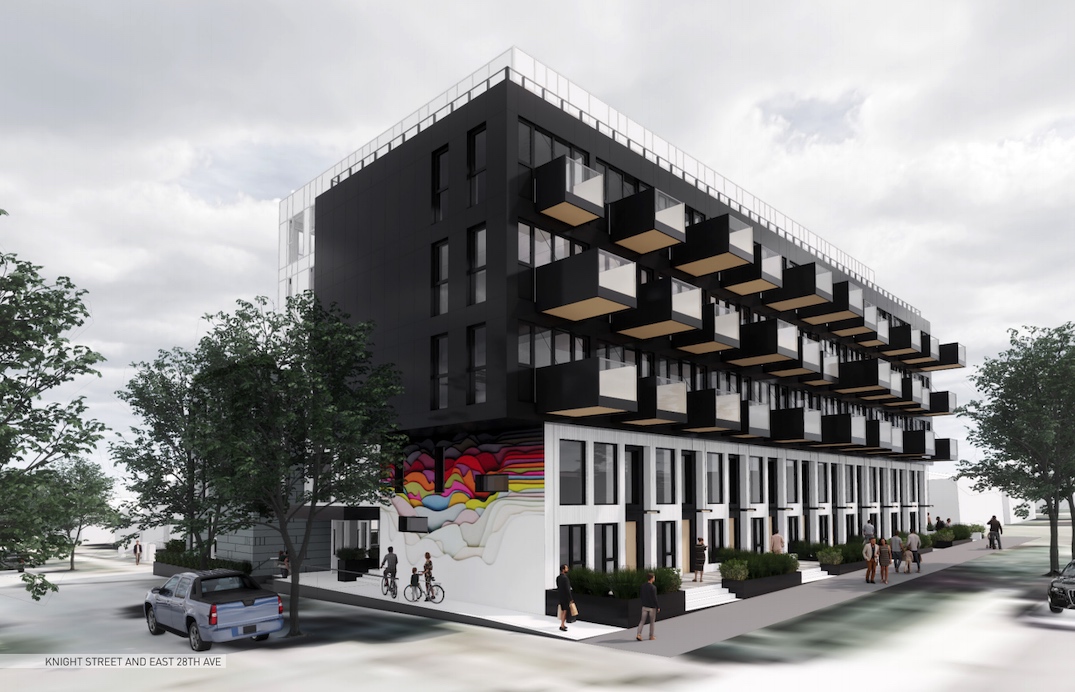 A motion by Swanson in May 2019 specifically seeking to mitigate truck pollution on the Clark Drive-Knight Street corridor cited 2018 research by the University of Toronto that found homes, schools, and businesses along Knight Street are exposed to as much or more traffic pollution that neighbourhoods near Toronto’s Highway 401, which is North America’s busiest highway. But this corridor in Vancouver sees just one-tenth of the traffic of the Toronto freeway.

“I just think it’s really important that we look out for the health of people who live on arterials,” said Swanson during the public hearing.

NPA councillor Melissa De Genova raised concerns that this air pollution mitigation requirement is potentially unfair, as other developers along this particular corridor and other high-pollution corridors have not been mandated to make enhancements to their design.

It could set a precedent for future projects along Knight Street, such as BC Housing’s proposal for a 12-storey building with 90 supportive housing units at 1406-1410 East King Edward Avenue — the southeast corner of the intersection of Knight Street and King Edward Avenue, just three blocks to the north. City council is expected to review the BC Housing application before the end of their term. 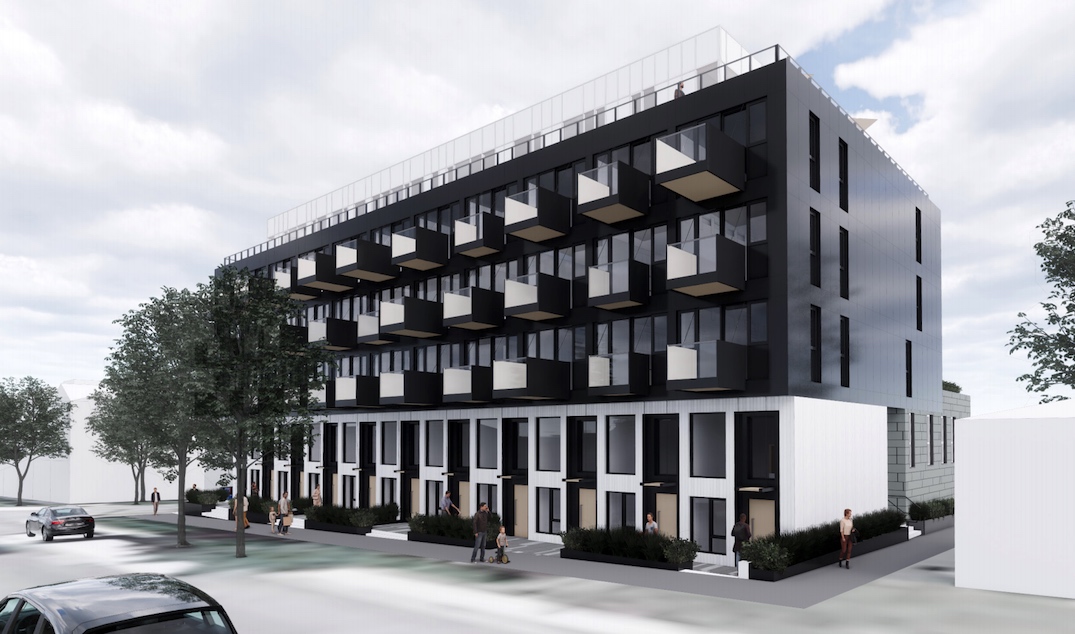 When questioned about the potential impact of the project, city staff stated such mitigation designs could add extra costs, but clarity on exactly how the superior performance would be achieved would be made in the subsequent development permit stage. It was also suggested by Swanson that a forthcoming update by city staff to the city’s secured rental policy could remove Knight Street as one of the corridors eligible for the policy, for reasons that may include air pollution.

Fry argued that city council has set project-specific requirements in the past, such as extra flood mitigation measures for the future St. Paul’s Hospital campus in the False Creek Flats.

This Vancouver Westside project, developed by Sightline Properties and designed by Ciccozzi Architecture, entails 109 secured market rental homes with a unit mix of 42 studios, 28 one-bedroom units, 30 two-bedroom units, and nine three-bedroom units. The smaller units and common indoor amenity spaces are designed for students in mind, given the project site’s close proximity to the University of British Columbia campus.

Only 29 vehicle parking spaces are provided, along with 161 bike parking spaces. The site is well-served by public transit, including the R4 41st Avenue RapidBus. 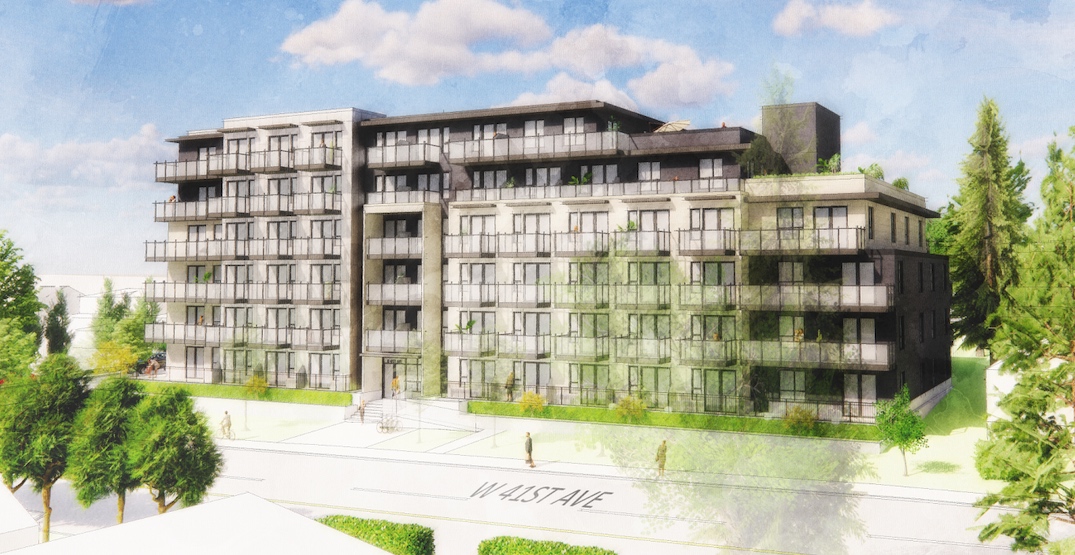 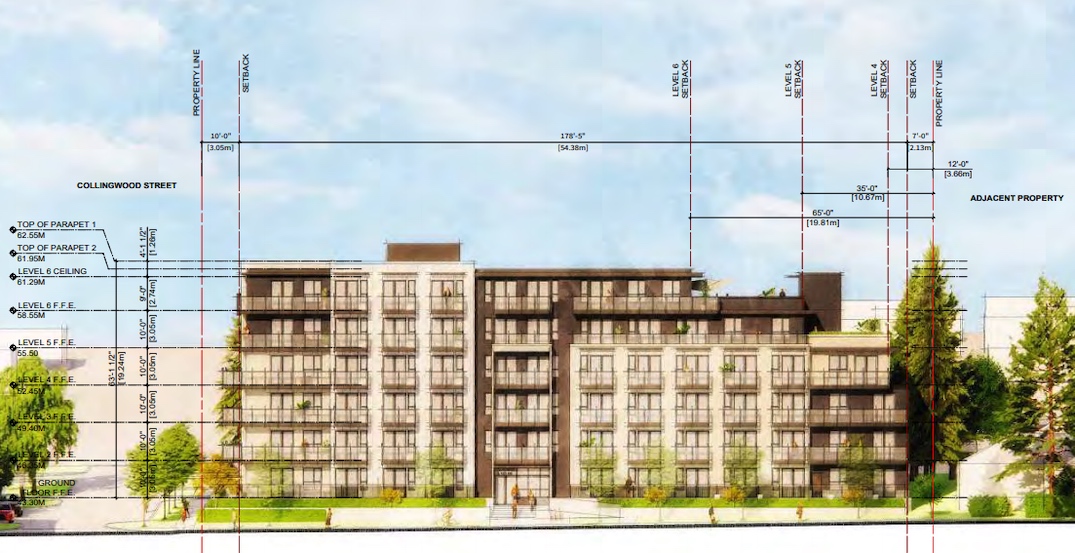