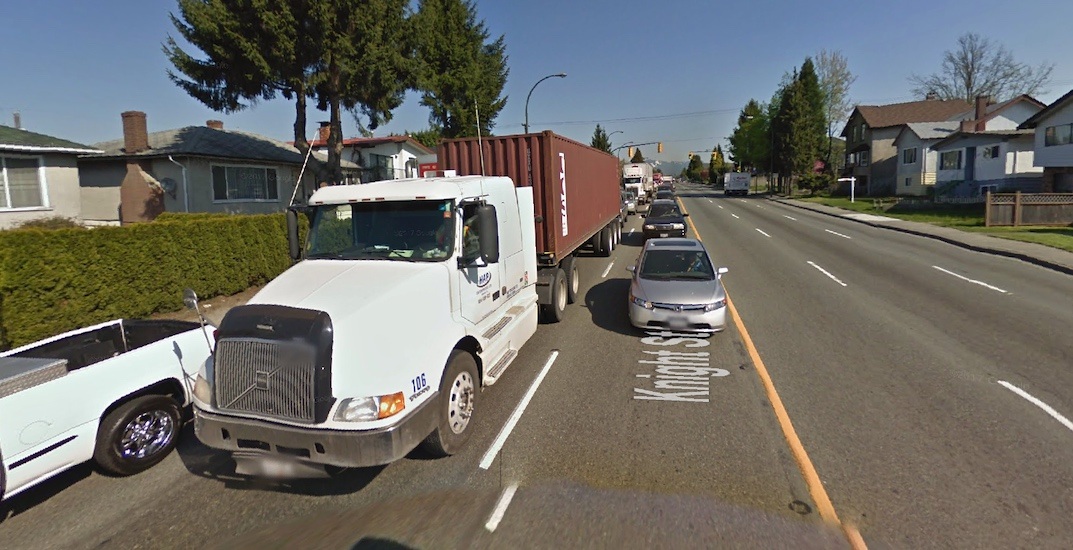 In her motion, the COPE city councillor cites a 2018 University of Toronto study that claimed homes, schools, and businesses along Vancouver’s Clark-Knight Corridor are exposed to as much or more traffic pollution than neighbourhoods near Toronto’s Highway 401, which is North America’s busiest highway.

Swanson finds this troubling as the Clark-Knight Corridor’s traffic volumes are just 10% of Highway 401.

The study indicated areas within 250 metres of major roads suffer from elevated levels of traffic pollution, which puts thousands of people living in Vancouver at risk of health issues.

Additionally, in 2017, the air quality monitoring station at Clark Drive was the only one in Metro Vancouver to fail the region’s standards to limit nitrogen dioxide emissions.

“Vancouver’s high housing costs and low vacancy rates mean that it’s the residents with the lowest incomes, especially families with children and seniors, who end up living near the Clark-Knight Corridor, putting them at risk of serious health consequences,” reads the motion.

“The City of Vancouver’s planning and zoning policies, as well as the cost of land, have historically favoured putting social housing, multi-family projects, purpose-built rentals, and now modular housing along arterial routes, exposing exponentially more people to the hazards of traffic pollution.”

To address the issue, Swanson is requesting local officials and city staff to work with the regional district, Port of Vancouver, provincial government, TransLink, Transport Canada, and the trucking industry to develop fuel options that reduce emissions from heavy trucks along the Clark-Knight Corridor. She wants city staff to study what actions city council can take to “ensure speedy implementation.”

Additionally, city staff will examine the city’s zoning, building codes, and planning policies and practices for placing housing developments on arterials, especially the Clark-Knight Corridor. Building codes should also be analyzed to further mitigate the impact of traffic pollution, including improved air filters and soundproofing.

She adds there should be an increased educational campaign on the dangers of eating garden produce and leaving windows open in areas near truck routes and other arterials.

Earlier this month, Germany opened its first electric highway for trucks, serving a major trucking route between Frankfurt Airpot and an industrial park.

CNN reports special hybrid trucks outfitted with the ability to hook up with overhead electric lines — similar to trolley buses and streetcars — draw grid electricity instead of using fossil fuels while travelling along this 10-km-long section of the autobahn.

Sensors on the trucks detect when the overhead wires are available, and the connection is disengaged when the truck returns to a normal road.

However, the cost of the infrastructure was significant, with the German government spending €70 million working with Siemens to develop trucks for the system. But not only does it reduce emissions, the new truck technology is estimated to save truck owners €20,000 on fuel costs per 100,000 km of mileage.