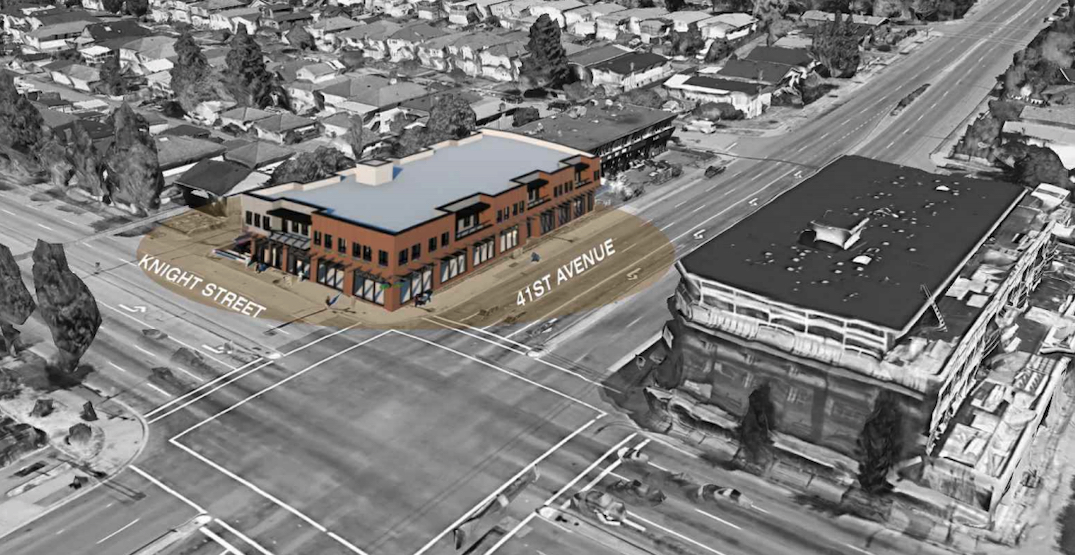 Previously an Esso gas station, the prominent northeast corner of the intersection of Knight Street and East 41st Avenue in Vancouver has been vacant for at least a decade and a half.

The ground level would have about 7,900 sq ft of retail and restaurant space, while the second level would contain a total of 13 market rental homes, with a mix of 12 one-bedroom units and a single two-bedroom unit. 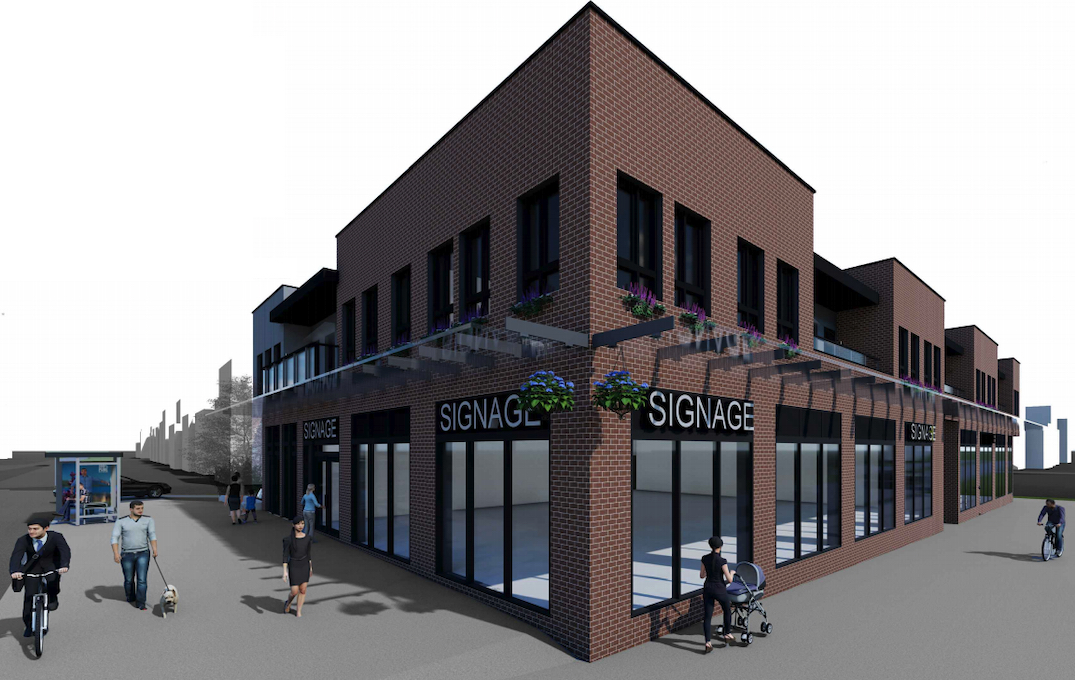 The total floor area is just 17,170 sq ft for a floor area ratio density of a floor area that is 1.2 times larger than the size of the 14,300 sq ft lot. A single underground level will provide 39 vehicle parking stalls.

Records show the property changed hands in July 2020, in a rare deal with a value that was identical to BC Assessment’s latest assessed value of $3.888 million. 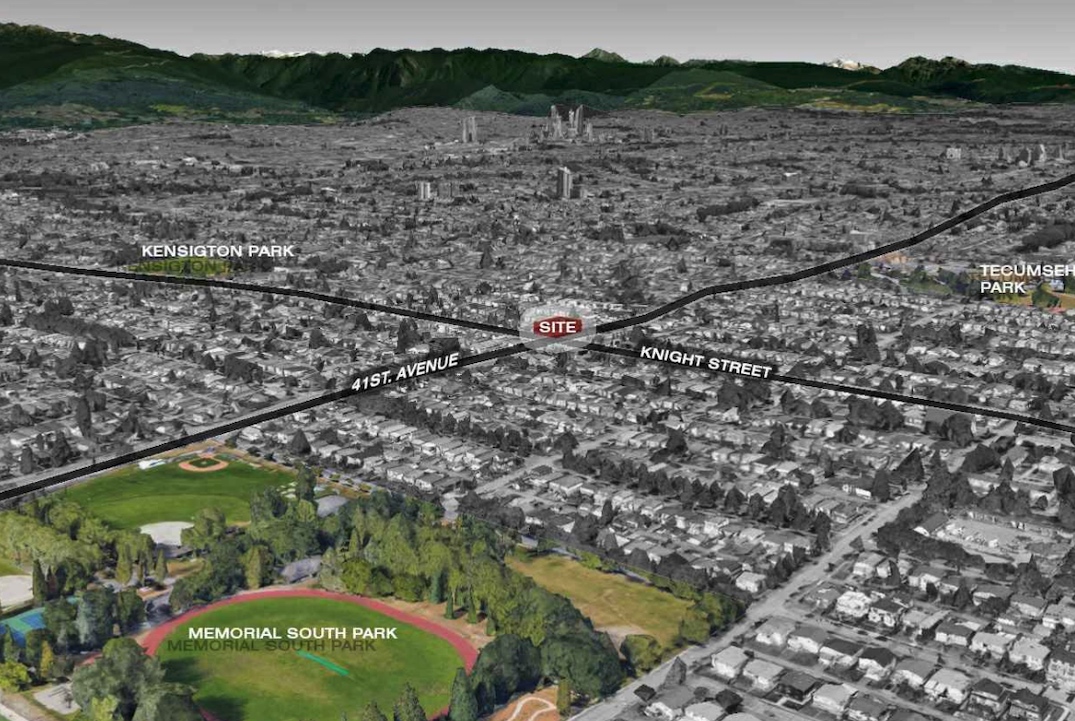 The property is immediately east of the iconic Duffin’s Donuts restaurant, and just north of the recently-built, four-storey, Kenzie Place Apartments at 1408 East 41st Avenue, which has 42 market rental homes, and ground-level retail and restaurant space. This intersection is served by a stop for TransLink’s R4 41st Avenue RapidBus.

A 2018 University of Toronto study found that homes, schools, and businesses along Vancouver’s Clark-Knight Corridor — one of Canada’s most important trade routes due to container truck traffic from the port — are exposed to as much or more traffic pollution than neighbourhoods near Toronto’s Highway 401, which is North America’s busiest highway. However, the Clark-Knight Corridor’s traffic volumes are just 10% of Highway 401.