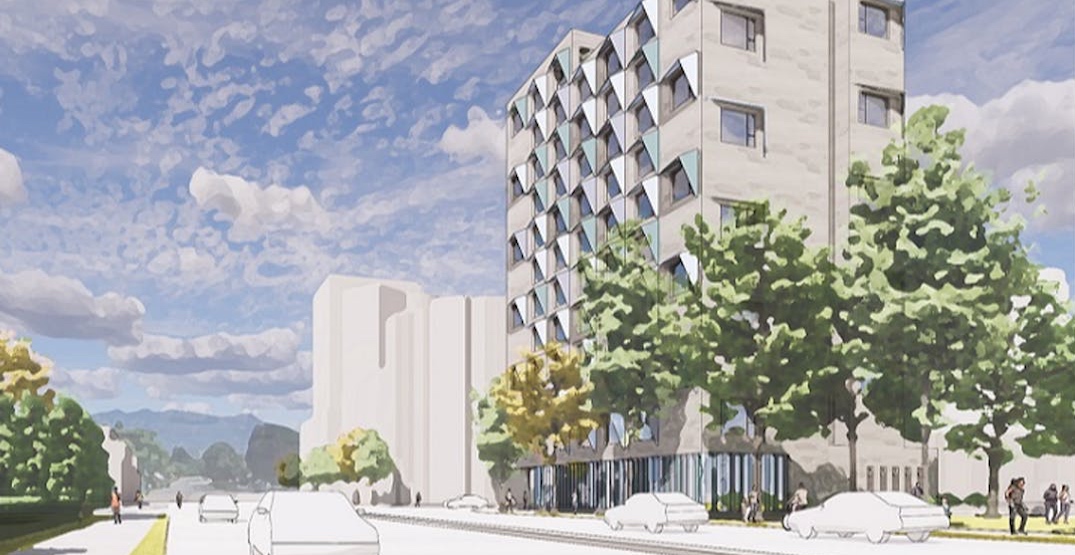 A major infusion of new permanent supportive housing for the homeless was announced by the provincial government today.

The East Vancouver supportive housing project will be located on the vacant lot at the southeast corner of the intersection of Knight Street and King Edward, immediately adjacent to Kingcrest Park to the south and across from King Edward Village to the north. 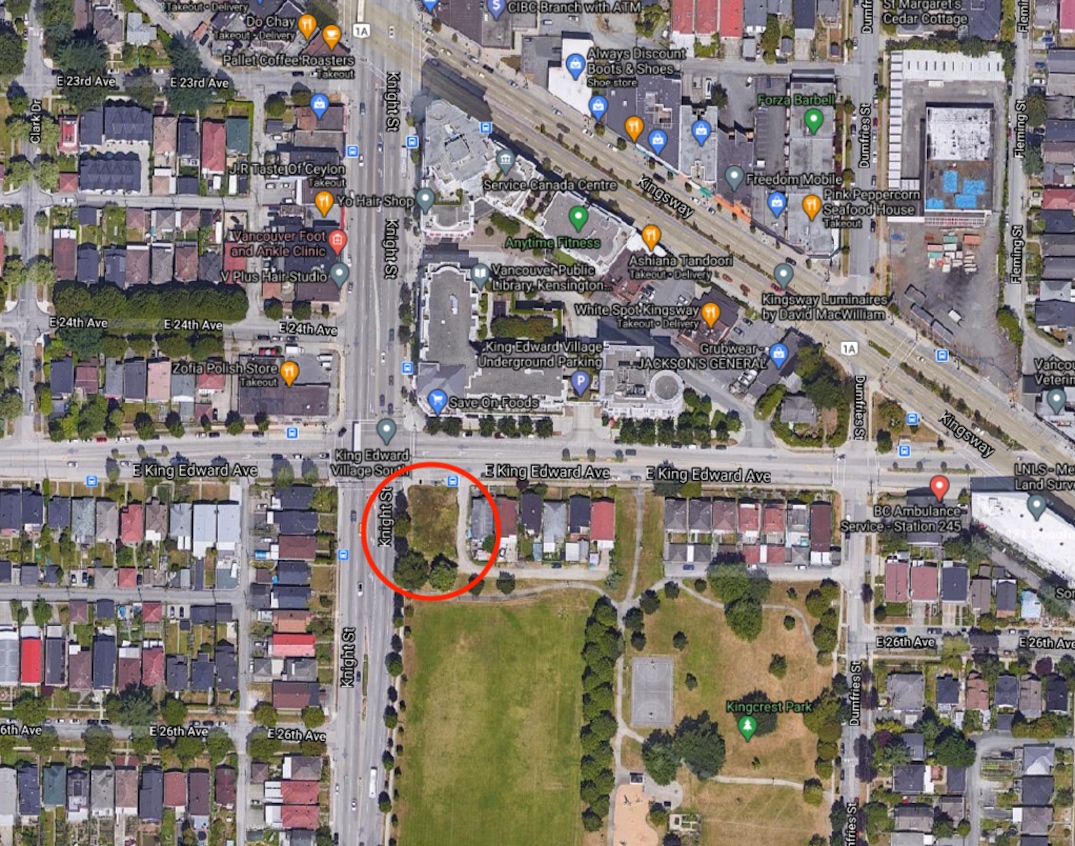 It will be a 12-storey building with approximately 90 studio homes dedicated to single adults, seniors, and people with disabilities who are experiencing or at risk of homelessness.

The units will have a private bathroom and kitchen, and at least 5% will be fully accessible. Residents will have shared amenity spaces such as laundry, dining area, and program space.

If approved, the permanent building would be constructed using modular construction methods, which is significantly faster than conventional construction and carries a lower construction cost. 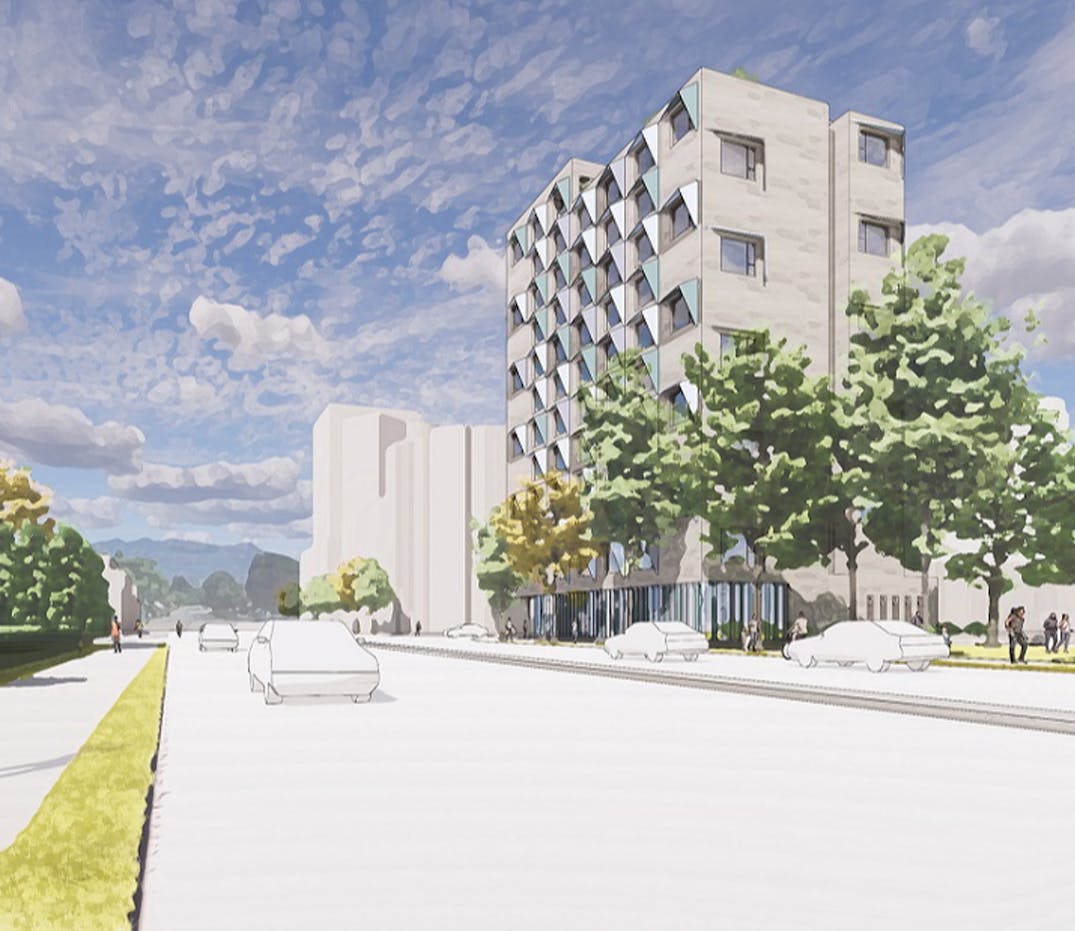 The proposal by BC Housing and the City of Vancouver is currently in its pre-application neighbourhood consultation phase. The aim is to submit a formal rezoning application to the municipal government this spring, and to enter public hearing for city council’s decision sometime this fall.

Construction following approval could begin in the middle of 2022 for a completion in late 2023 or early 2024.

“We are working as quickly as possible to provide more safe and secure homes for vulnerable people in Vancouver,” said David Eby, Attorney General and Minister Responsible for Housing, in a statement.

“When people are housed, they can access things like healthcare and skills training to help rebuild their lives and help build stronger communities.”

The project’s construction and operating costs will be funded by the provincial government, and grants from Canada Mortgage and Housing Corporation will be pursued.

Both the Kitsilano and King Edward/Knight projects combined account for the majority of the provincial government’s strategy, announced in September 2020, to build 350 additional permanent supportive modular homes within Vancouver for the homeless.

This is in addition to the approximately 1,000 supportive homes the provincial government has built in Vancouver since 2017, and the 98 temporary supportive modular homes coming to 1580 Vernon Drive in the False Creek Flats this summer.

Along the so-called housing continuum, supportive housing is a higher stage of below-market housing — above emergency shelters and transitional housing — but lower than subsidized housing such as social housing.