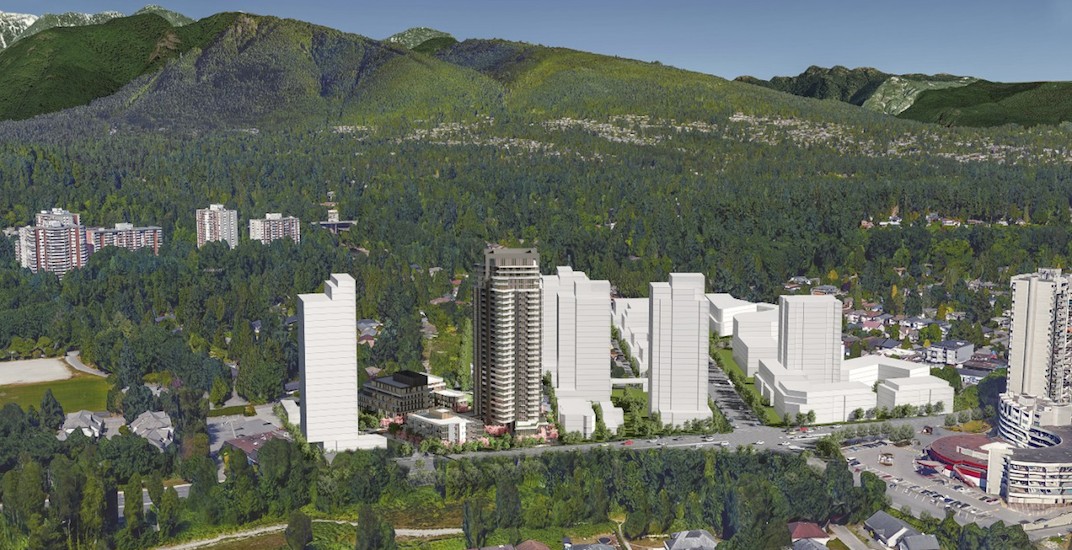 Local developer Marvel Group has submitted a rezoning application to the District of North Vancouver to redevelop the 1.6-acre site near the northwest corner of Marine Drive and Capilano Road – right on the municipal border with West Vancouver near the northern end of the Lions Gate Bridge. 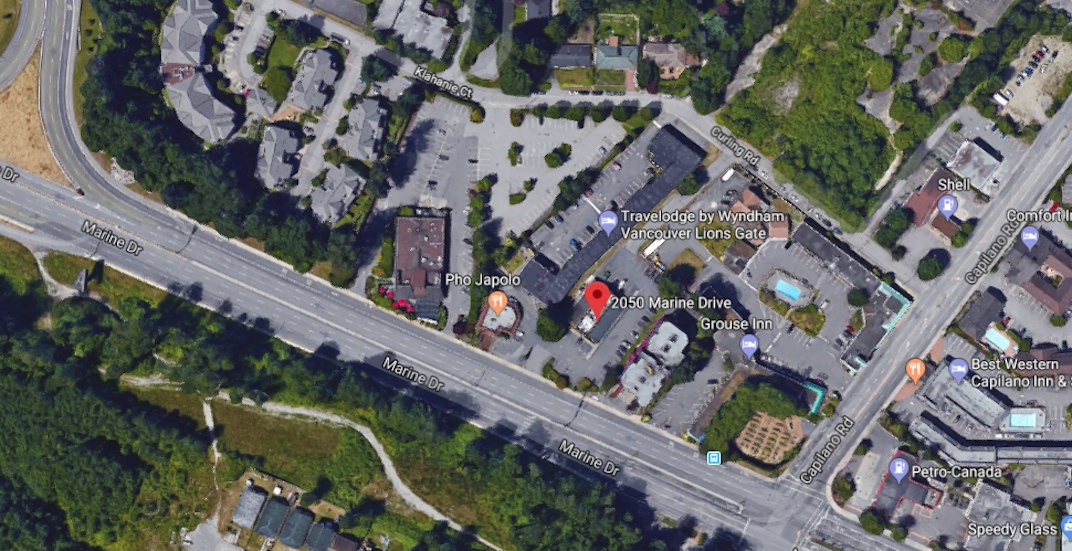 The site at 2050-2070 Marine Drive is currently occupied by Denny’s Restaurant, Travelodge Hotel, Pho Japanese Restaurant, and the parking lot of the now-closed Earls Restaurant.

Two floors of underground parking are proposed for the project. 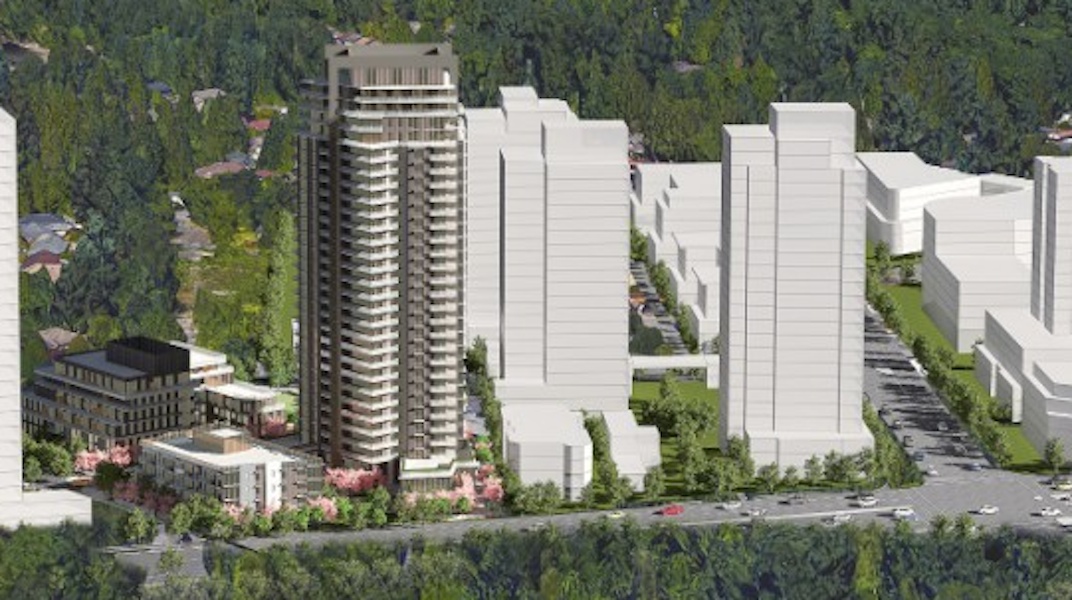 In addition, as part of the project, a new public park will be constructed on Curling Road at the northeast corner of the site. About one-third of the required land for the park was provided by the adjacent Grouse Inn redevelopment, which was approved by the municipality last month. The park’s remaining two-thirds area will be provided by Marvel Group from its Travelodge Hotel and Denny’s Restaurant site.

At this early stage, park features could potentially include an “adventure playground” and a “passive recreation area.”

Access into the residential complex will be through a new east-west local road crossing through the site. 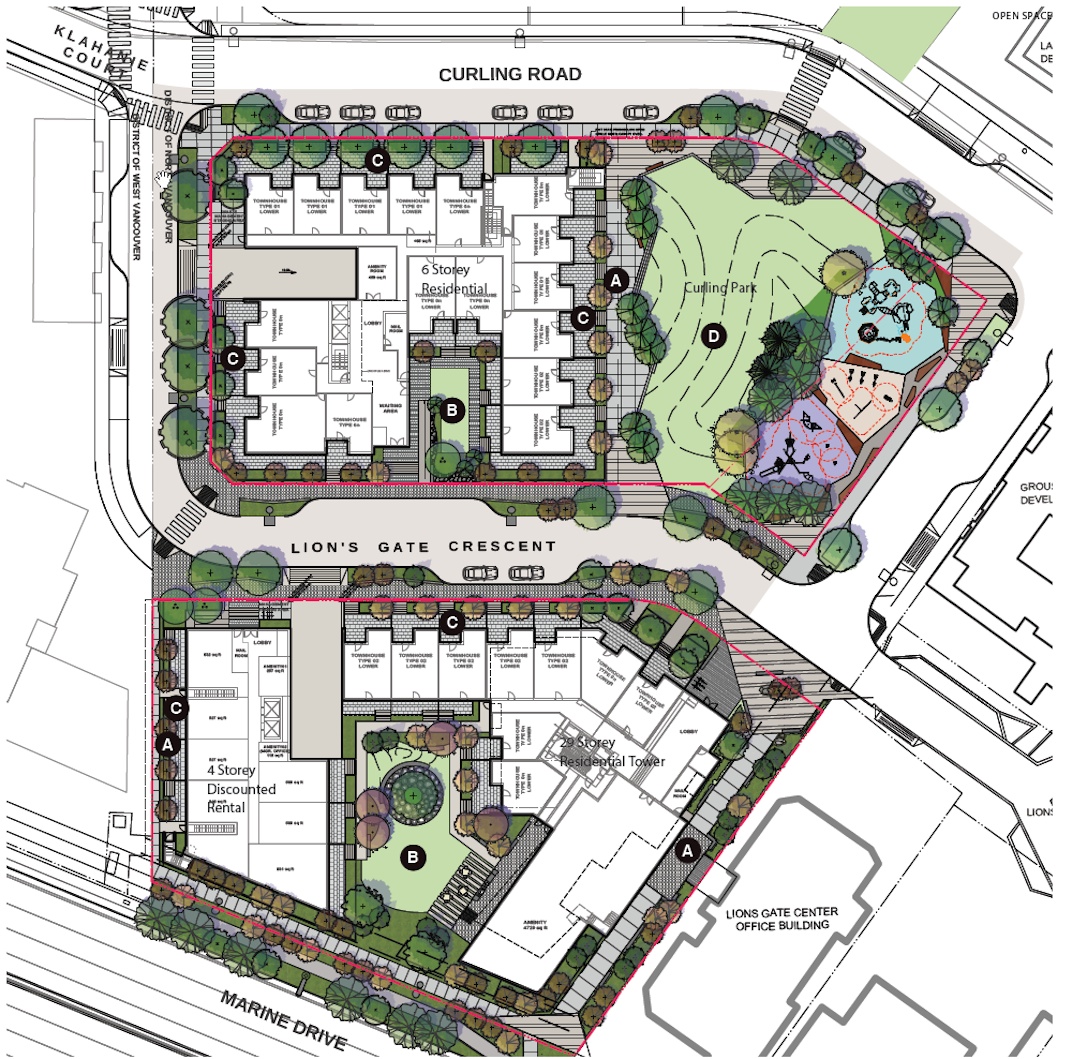 Over half a dozen major tower redevelopments are planned for the immediate area, and this does not include mid-rise buildings and a new townhouse neighbourhood to the north of the site. 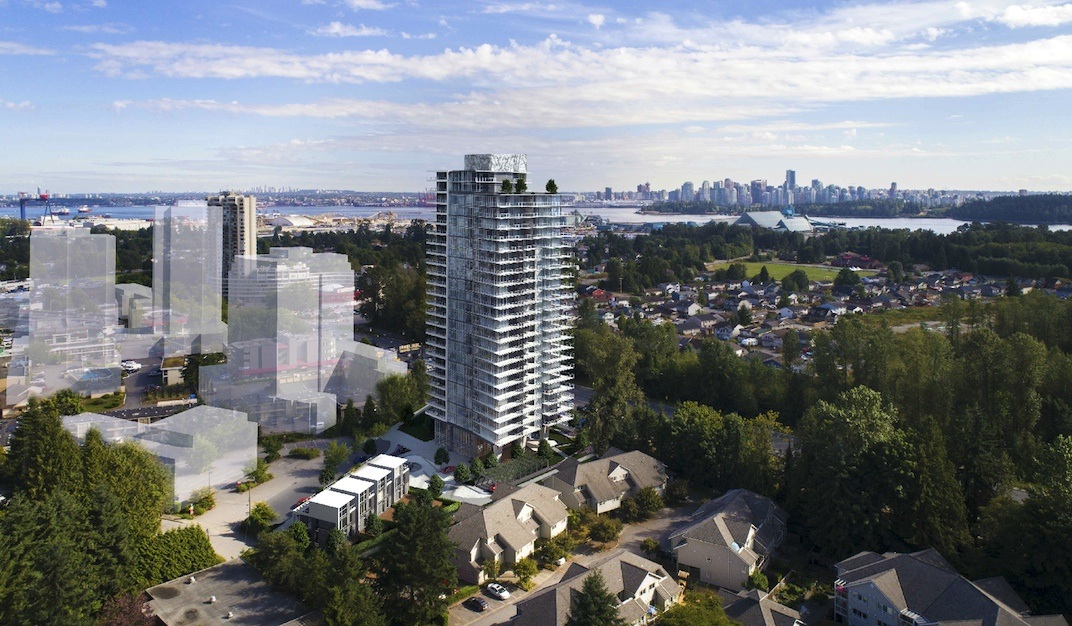 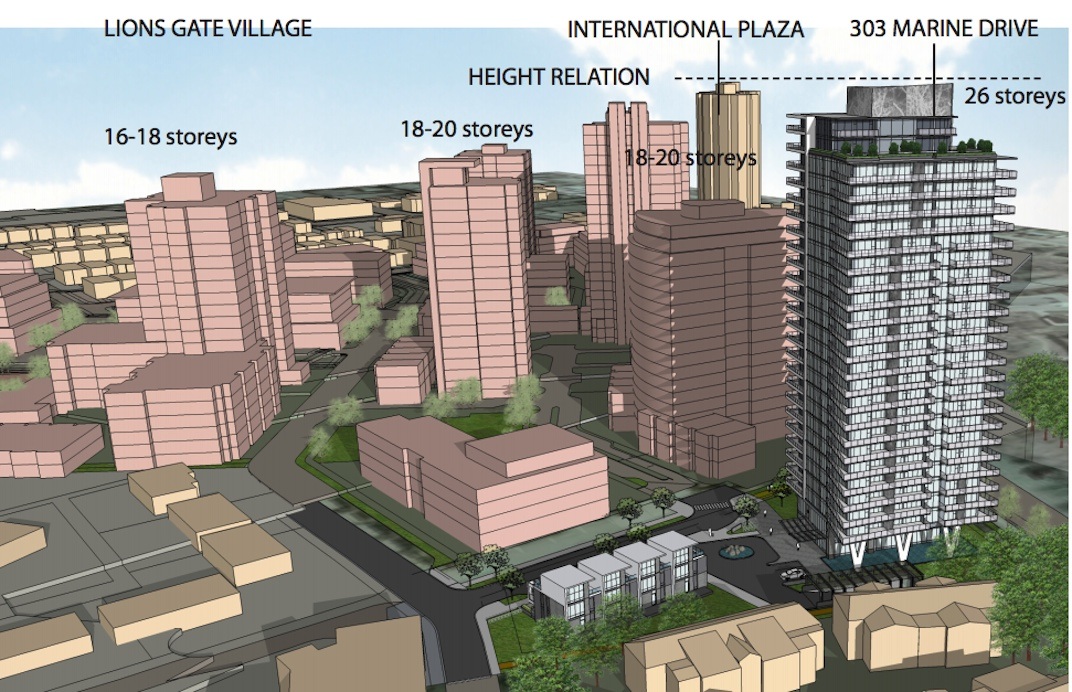 Artistic rendering of 303 Marine Drive in West Vancouver in relation to the proposed redevelopments as part of the District of North Vancouver’s Lions Gate Village. (Chris Dikeakos Architects / Darwin Development) 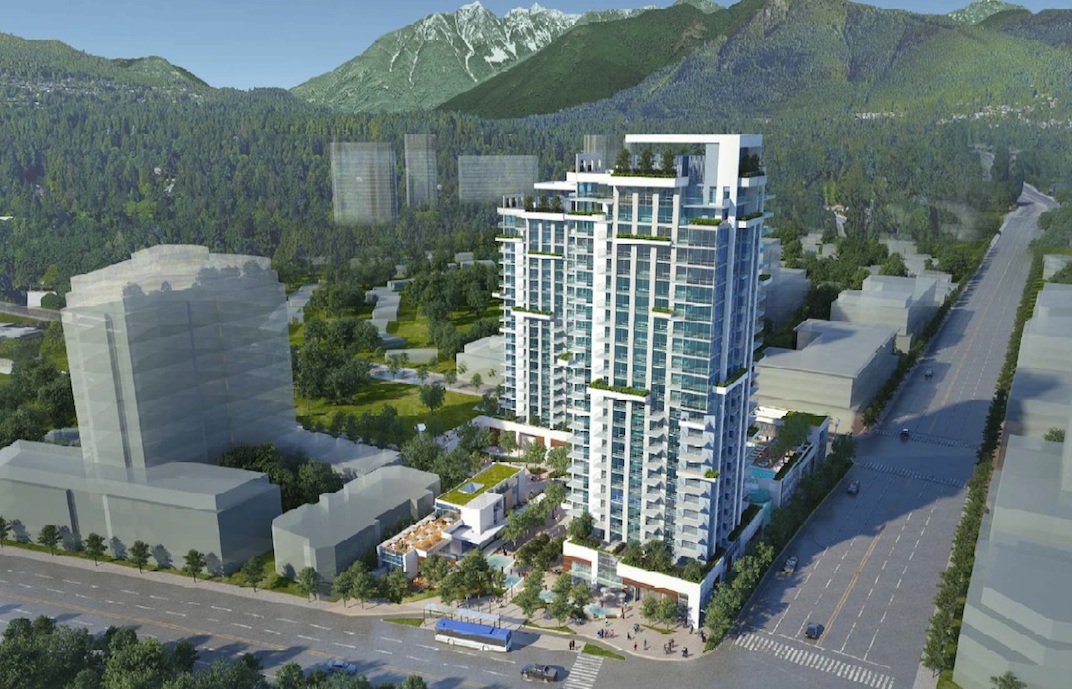