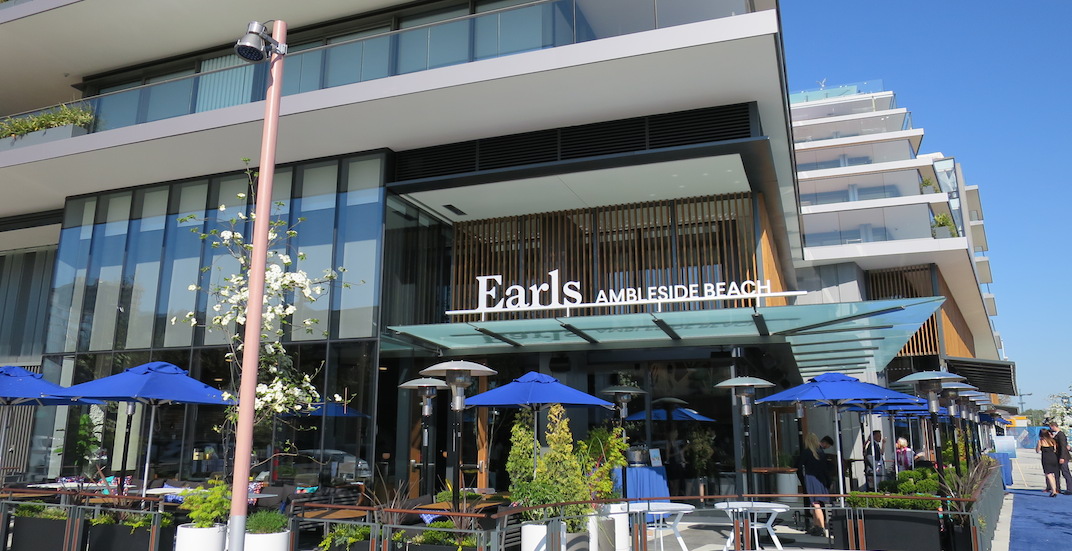 Exterior of the first building of the Grosvenor in West Vancouver. (Kenneth Chan / Daily Hive)

Construction on the first phase of the Grosvenor Ambleside mixed-use building with retail and upscale residential is nearing completion, and it is already making quite the mark on the immediate area in West Vancouver.

The terraced seven-storey building at the southeast corner of Marine Drive and 14th Street – just north of Ambleside Beach and the pier – is now ready for occupancy. A second building on the eastern half of the city block will follow over the coming years. 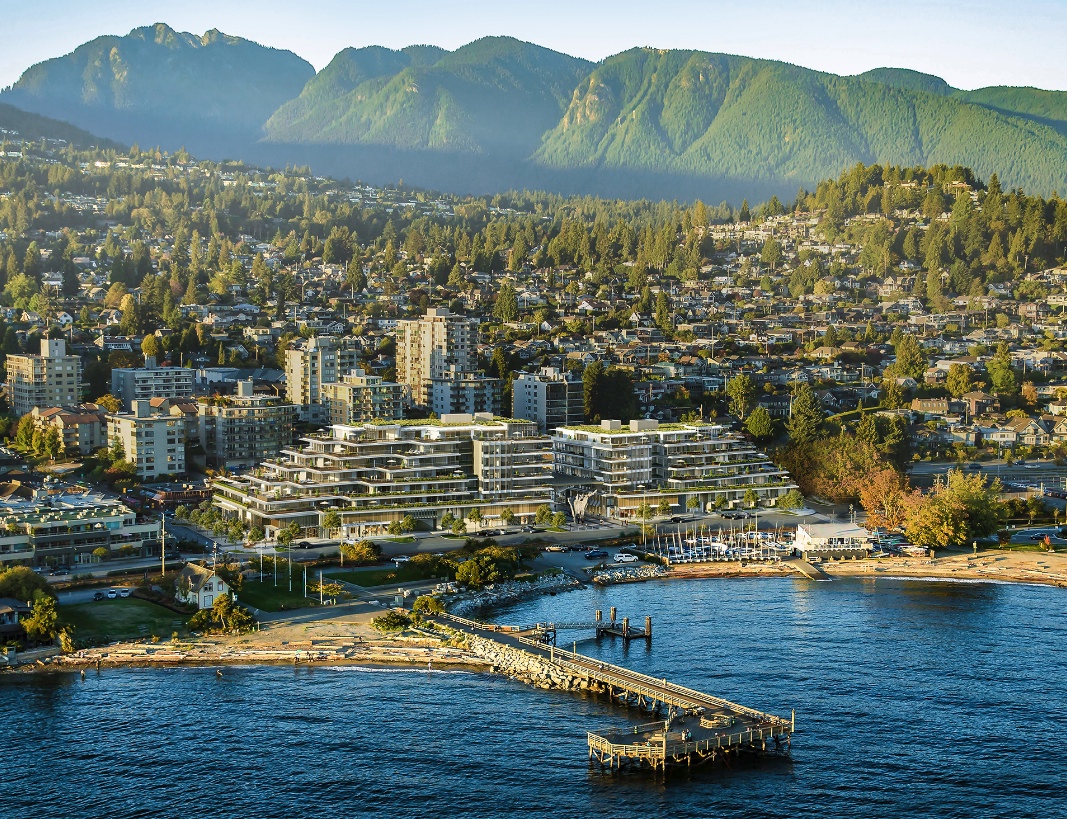 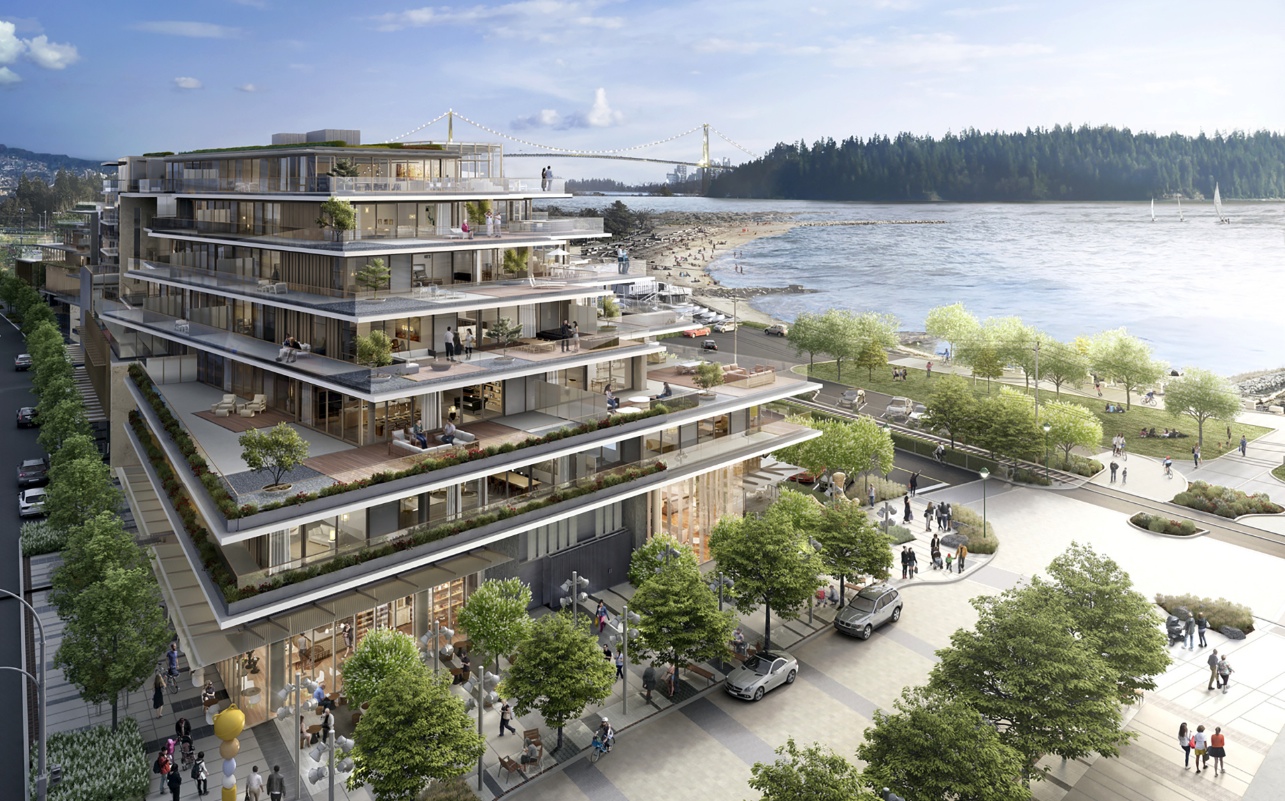 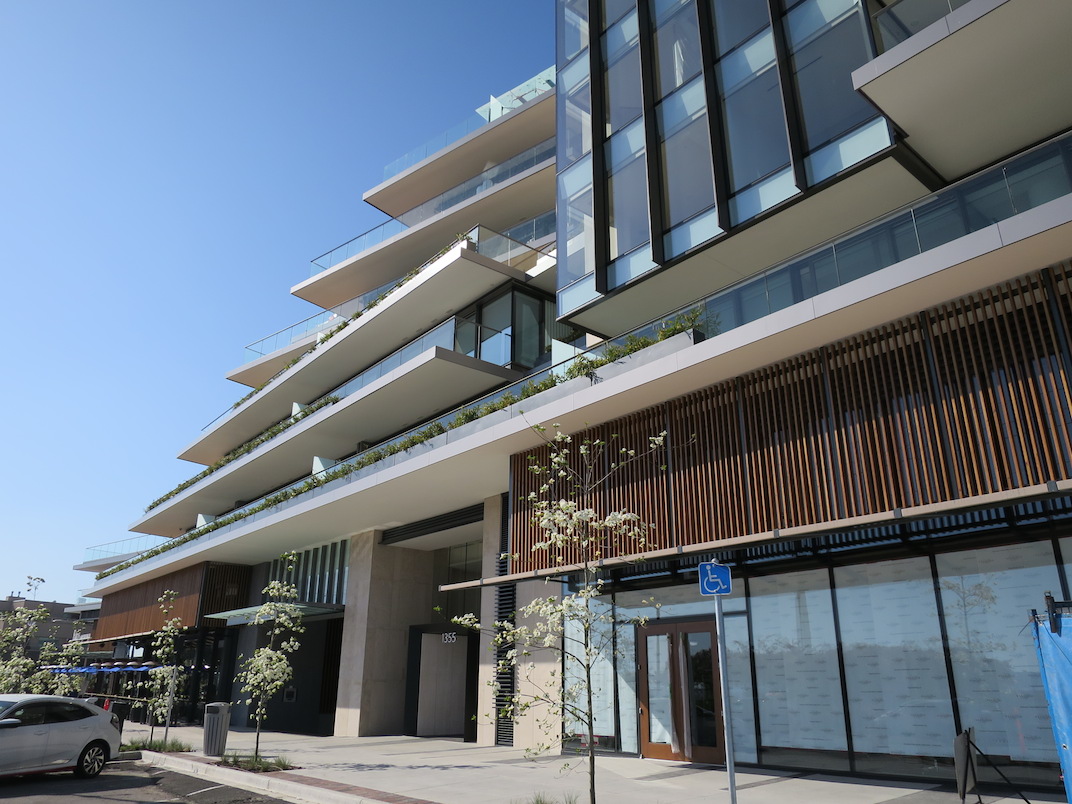 Exterior of the first building of the Grosvenor in West Vancouver. (Kenneth Chan / Daily Hive)

While this project by UK-based development and investment firm Grosvenor Americas would be considered relatively modest if it were located south of Burrard Inlet, it is a significant addition to West Vancouver and is the largest redevelopment along the municipality’s waterfront area outside of the Park Royal shopping centre precinct in years.

The city block-sized redevelopment has been billed as a catalyst for the revitalization of the retail strip at Ambleside Village, which has seen closures from rising competition from Park Royal and other areas of the North Shore. It is intended to act as a hub and new gateway into the village area.

To activate the streets that frame the redevelopment, about 37,000 sq. ft. of commercial space for retail and restaurants will be located within the base of both buildings, including Meinhardt Fine Foods, Heirloom Vegetarian Restaurant, and Earls Kitchen + Bar.

The Meinhardt Fine Foods is located at the northwest corner of the west building, right next to a glass-covered outdoor public plaza – a 7,000 sq. ft. mid-block galleria that connects both buildings of the redevelopment. This galleria, part of the second phase of the project, will provide a direct pedestrian route between Marine Drive to Bellevue Avenue and the beach. 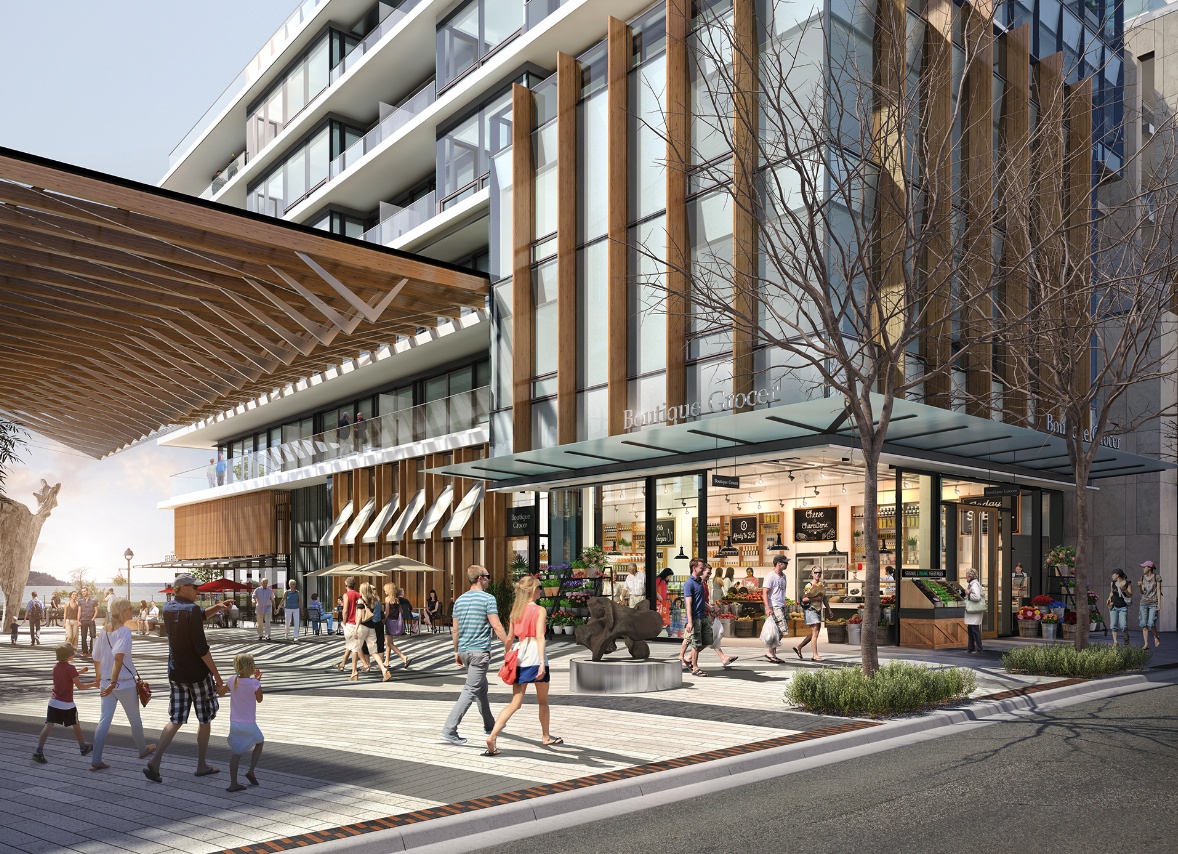 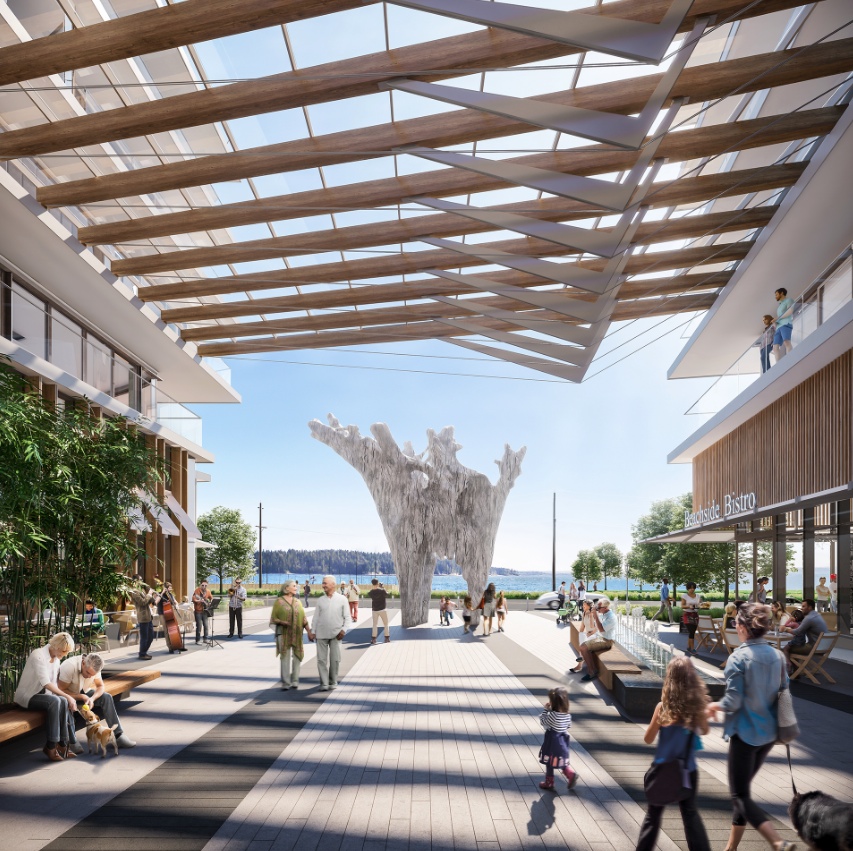 As for the Earls, the 269-seat restaurant, which has 189 indoor seats and 80 patio seats, faces Bellevue Avenue and the water, is designed as a new concept location.

“Every seat in here has a view of the ocean and the beach,” said Craig Blize, Vice-President of Operations at Earls Restaurants. “We’ve always wanted to make sure that it was ‘West Coast modern meets California beach.'” 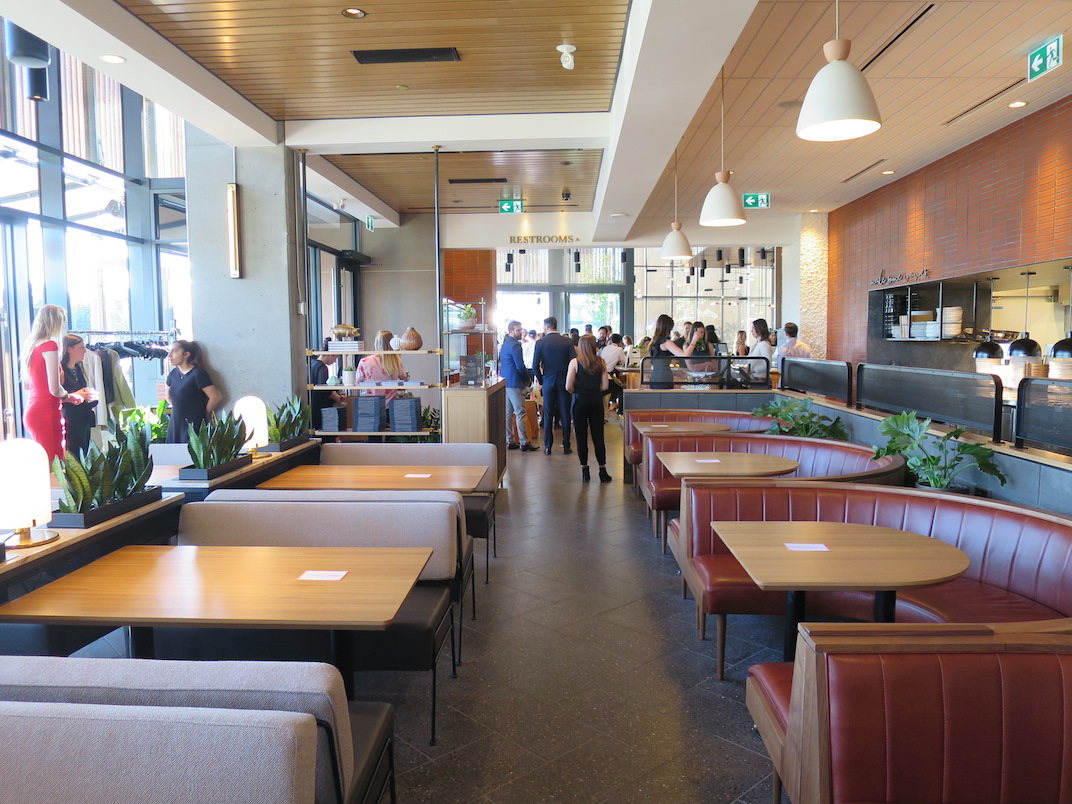 Interior of the Earls restaurant at the Grosvenor in West Vancouver. (Kenneth Chan / Daily Hive)

The location features an interior design, which is heavy on locally-produced art, and menu items not found at any of the chain’s other locations.

“This truly is created uniquely for West Vancouver. We do that because we want to unchain the chain, because our vision is to have a collection of independently compelling restaurants as part of our portfolio,” added Blize. 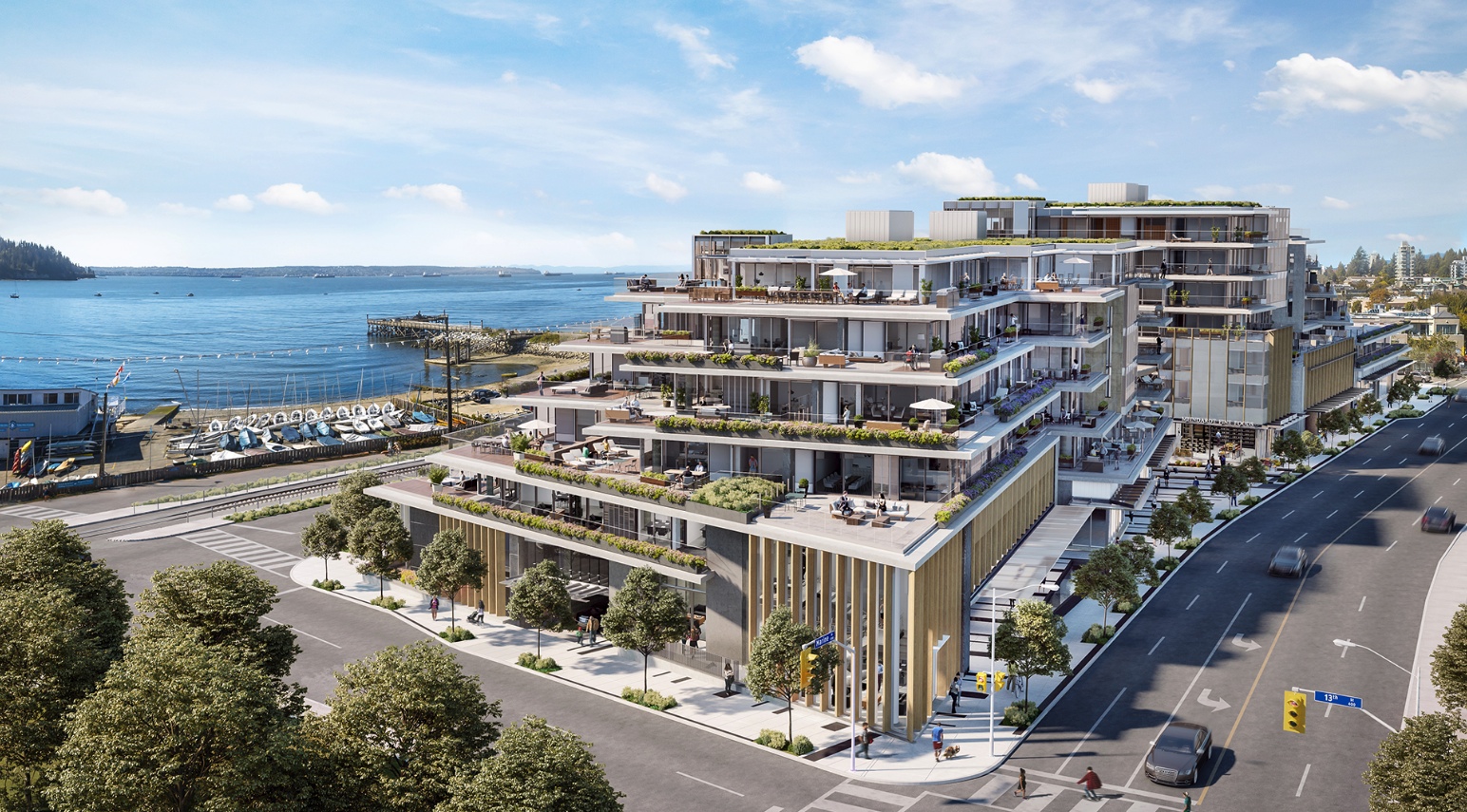 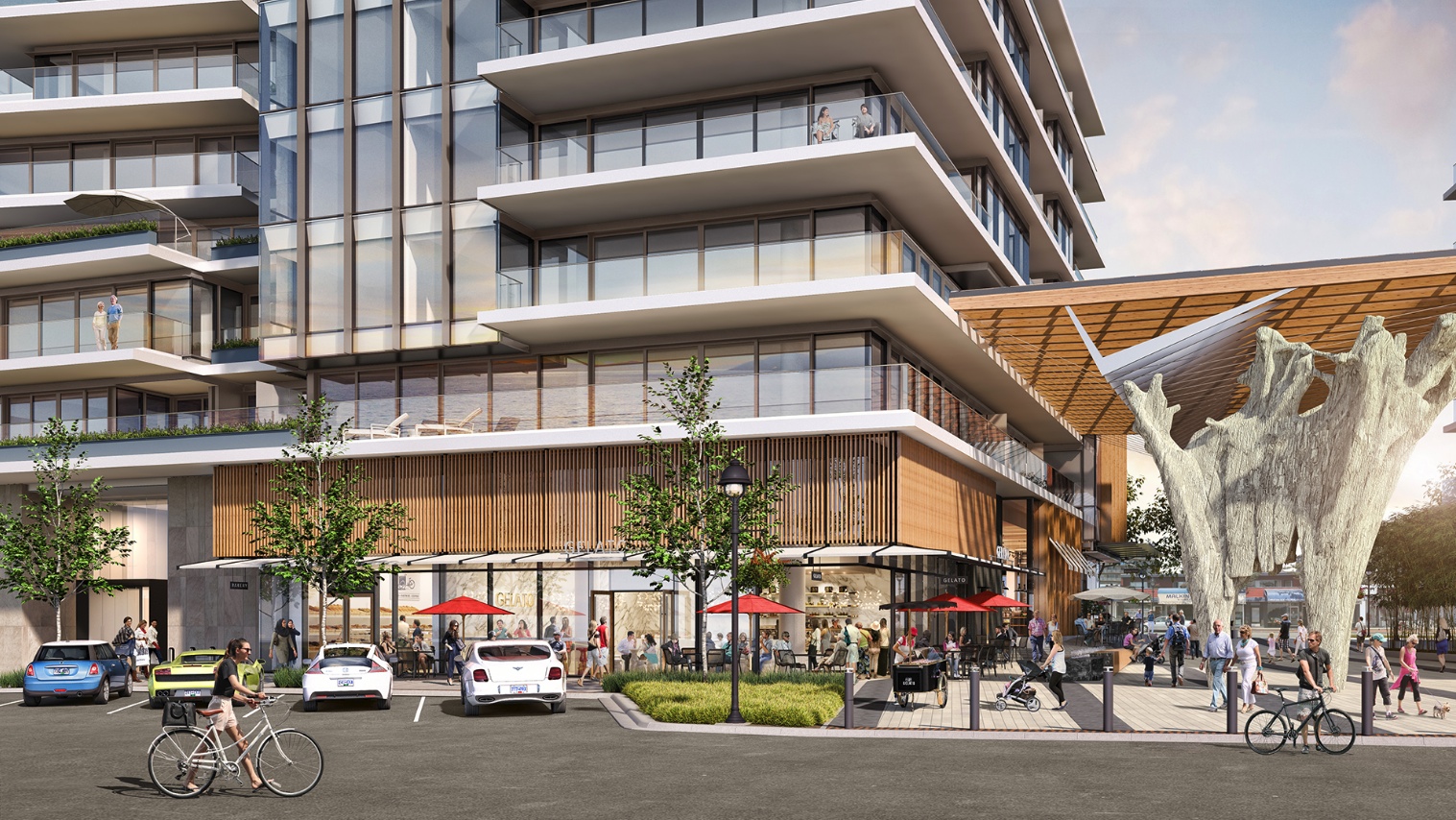 Site preparation for the east building, the second phase, has already begun, and occupancy is slated to be ready by mid-2020.

The development company behind the project is the Grosvenor Group, one of the largest private property portfolios in the United Kingdom with £12.6 billion in assets around the world under its management. It is owned by Hugh Grosvenor, 27, who is the Duke of Westminster.

Other local redevelopments built by the firm include The RISE, 15 West, Broadmead Village, and Connaught. It is also behind The Pacific by Grosvenor, an under-construction 39-storey, 375-ft-tall residential tower at the northeast corner of the intersection of Pacific Street and Hornby Street in downtown Vancouver.