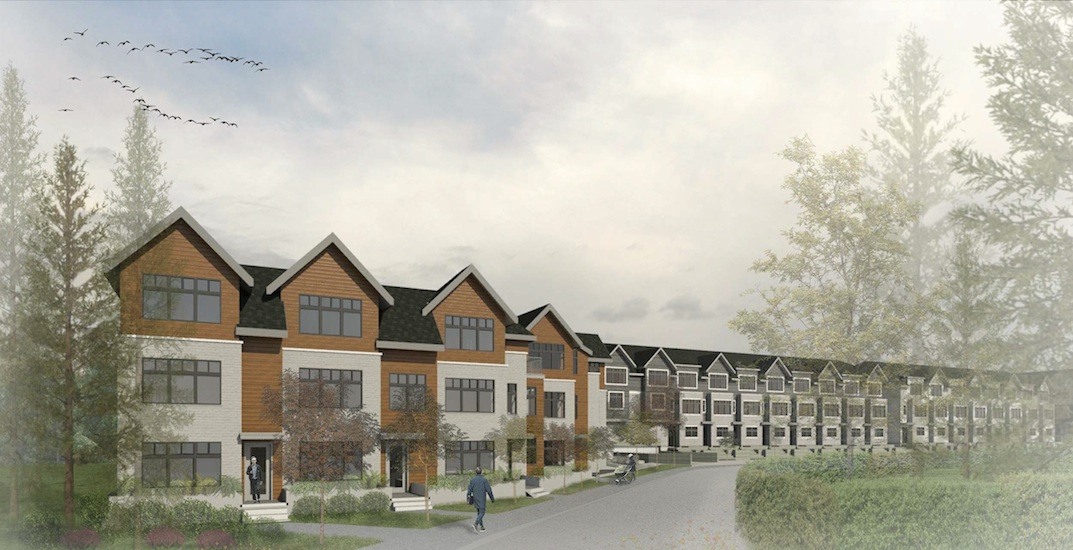 There could be a new neighbourhood of townhouses near the north end of the Lions Gate Bridge as part of the District of North Vancouver’s redeveloped Lions Gate Village neighbourhood.

At least five separate townhouse redevelopment projects by different development teams are clustered very closely within the small area wedged between Capilano Road to the east, Capilano River to the west and north, and Marine Drive to the south. Altogether, these redevelopments will offer over 270 new townhouses.

A rezoning application has been submitted to the municipal government to redevelop a 3.4-acre property that spans Glenaire Drive to Sandown Place, replacing 16 existing single-family homes. 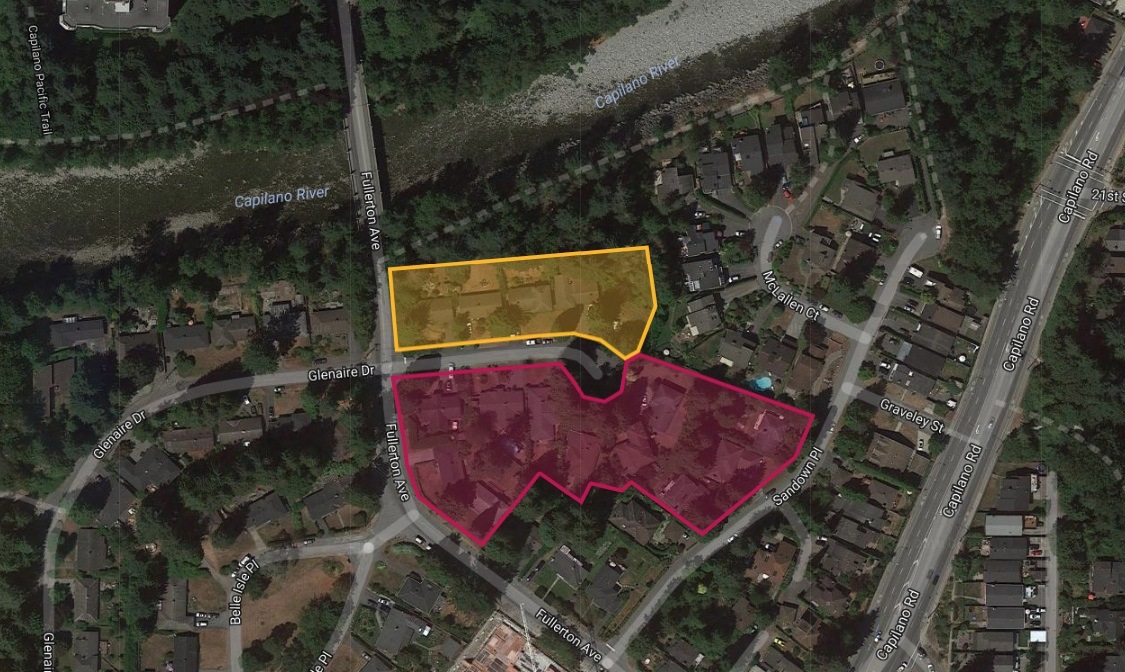 There will be 156 townhouses within 14 three-storey buildings with rooftop decks and 252 underground parking stalls.

The project, also known as Lions Gate Townhomes, is proposed by Citimark and Woodbridge Properties and is the largest townhouse redevelopment currently planned for the area. 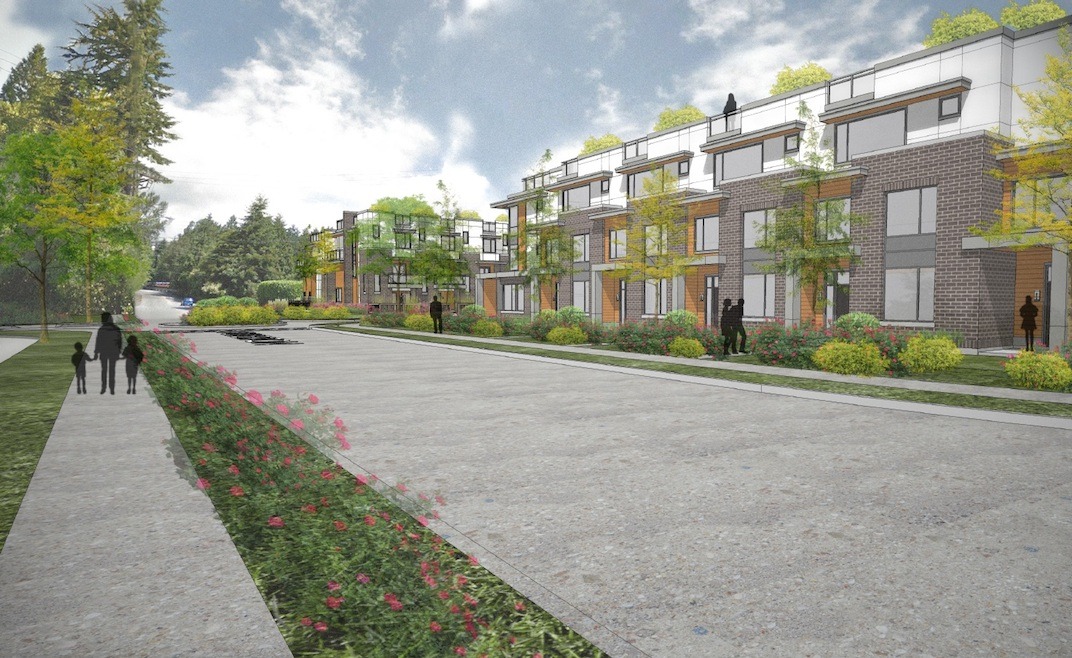 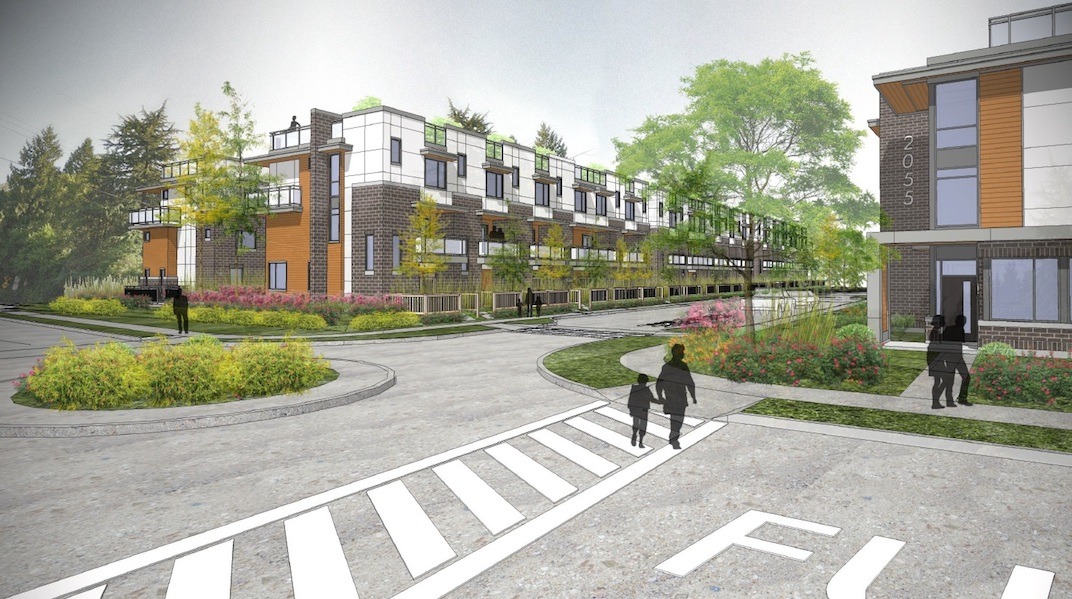 All of the units will have a conventional three-storey walk-up configuration and consist of three bedrooms, making the homes suitable for families. A total of 79 parking spaces within an underground level is planned.

Under a proposal by PC Urban, two single-family homes could be replaced by 15 townhouses in two three-storey buildings with 29 underground parking stalls. 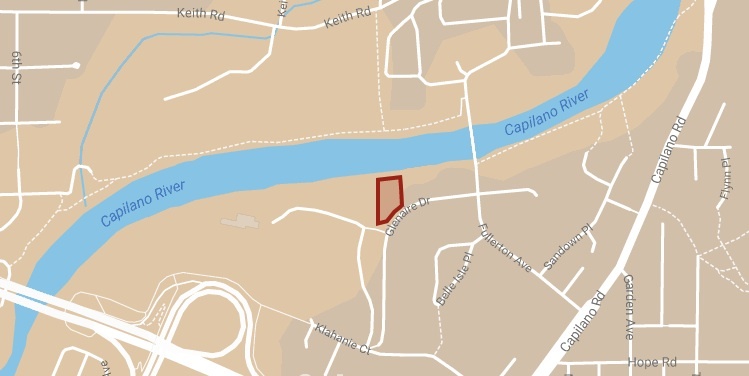 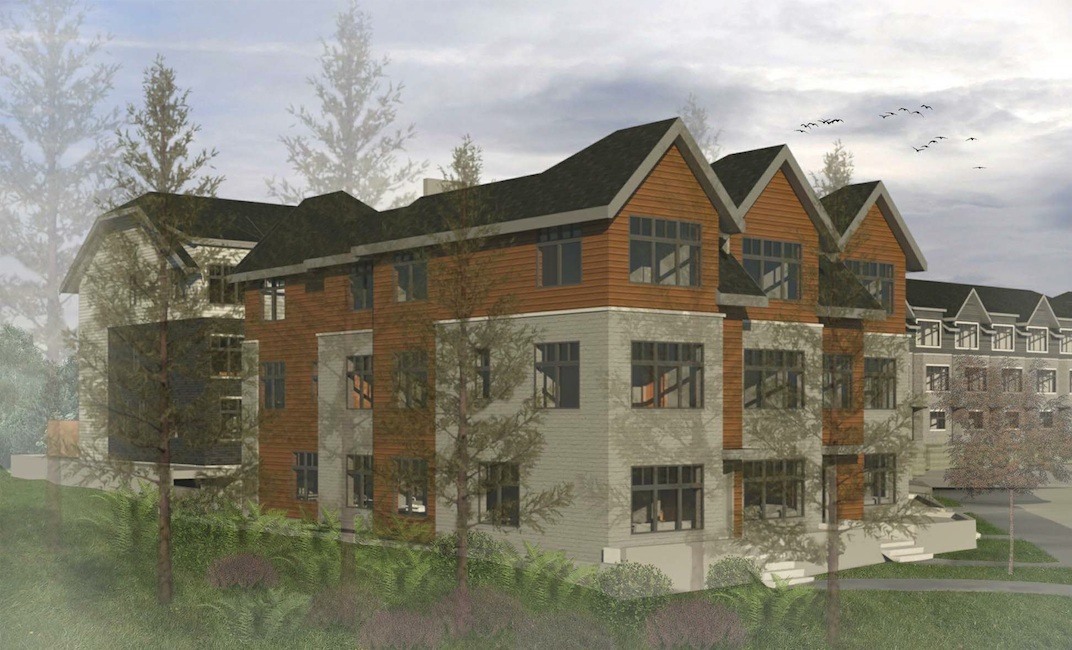 PC Urban is also behind a townhouse project with 23 units, with each unit containing three bedrooms for large families. The homes, replacing five single-family homes, will be built in three buildings reaching three-storeys high each.

There will be 46 underground parking spaces and storage for 47 bicycles. 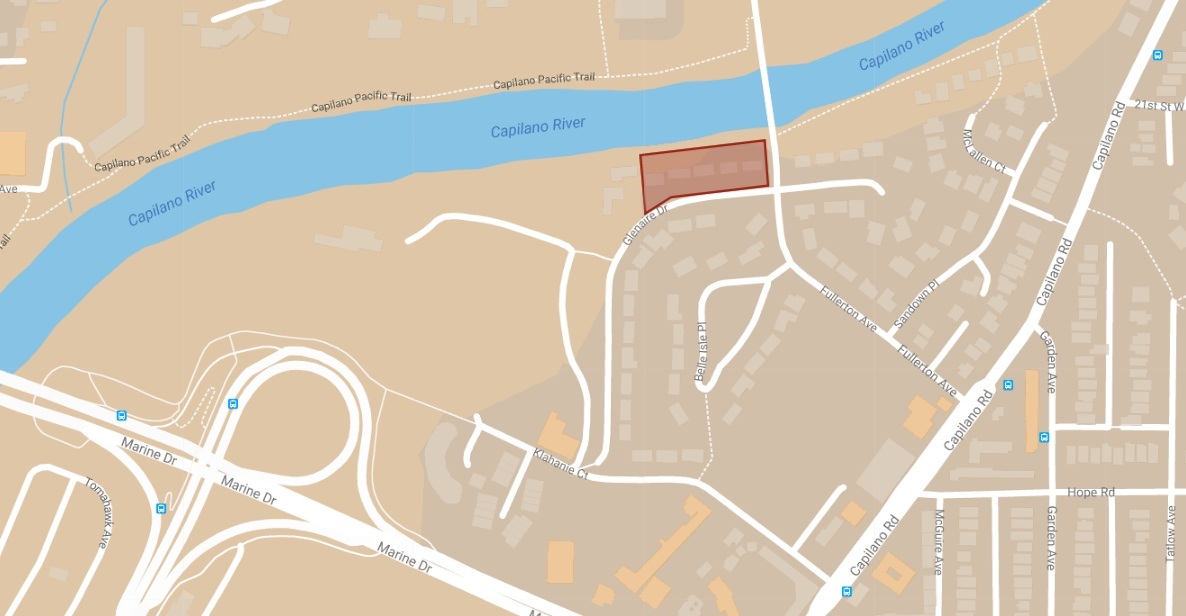 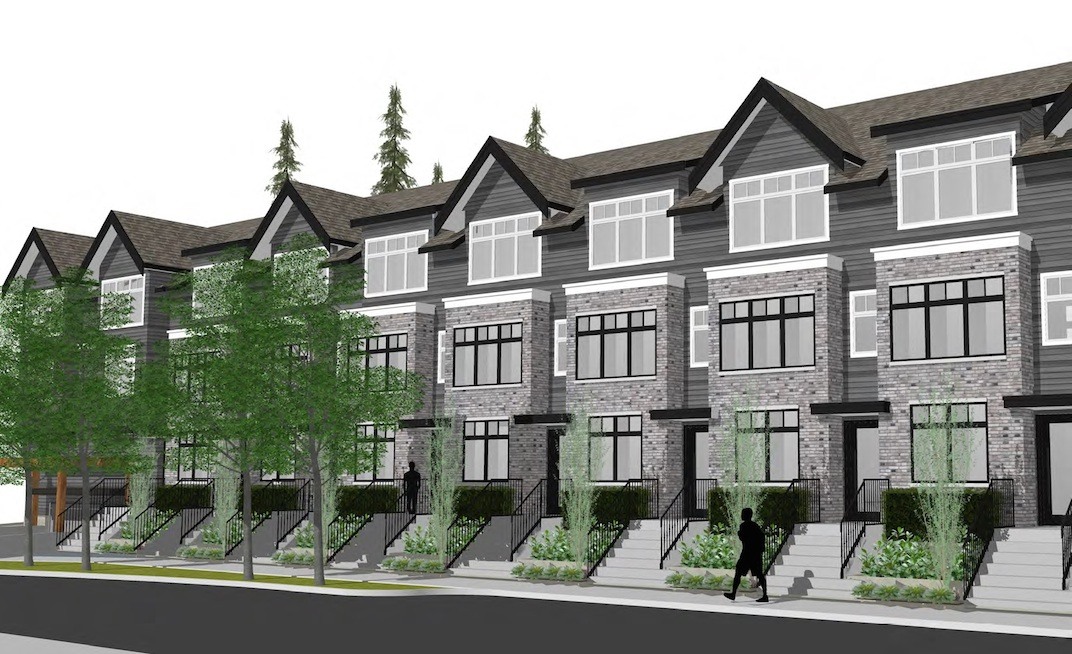 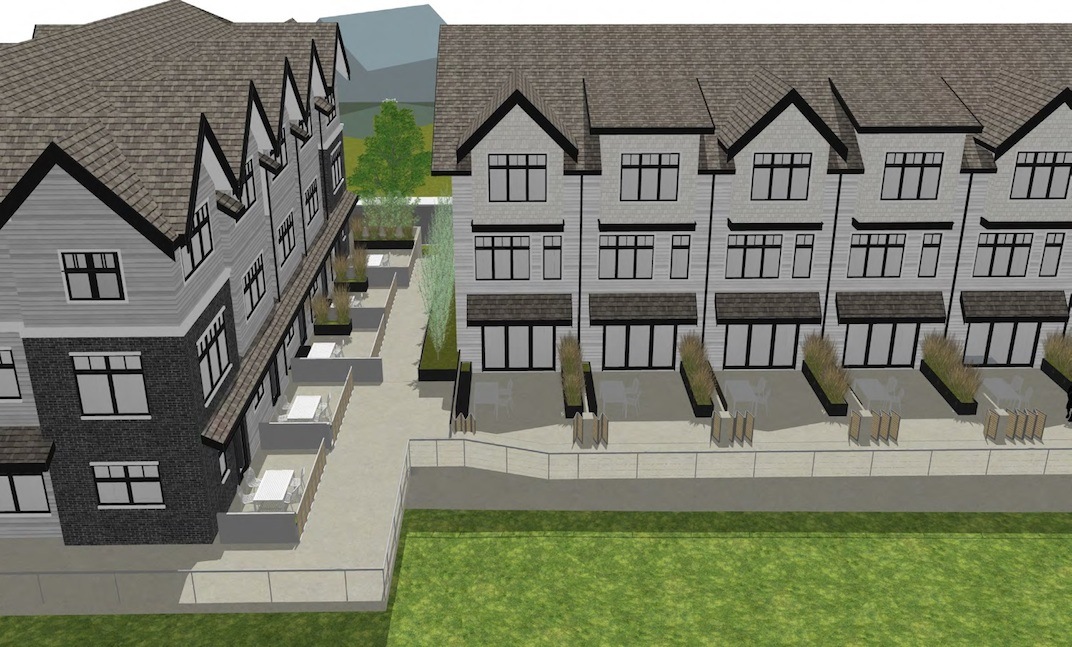 Four three-storey buildings containing 37 townhomes has been proposed for the north side of Belle Isle Park, replacing five single-family homes. It will have 76 underground parking spaces.

The development site is located just north of the under-construction LARCO mixed-use redevelopment with seven buildings reaching up to 18 storeys. 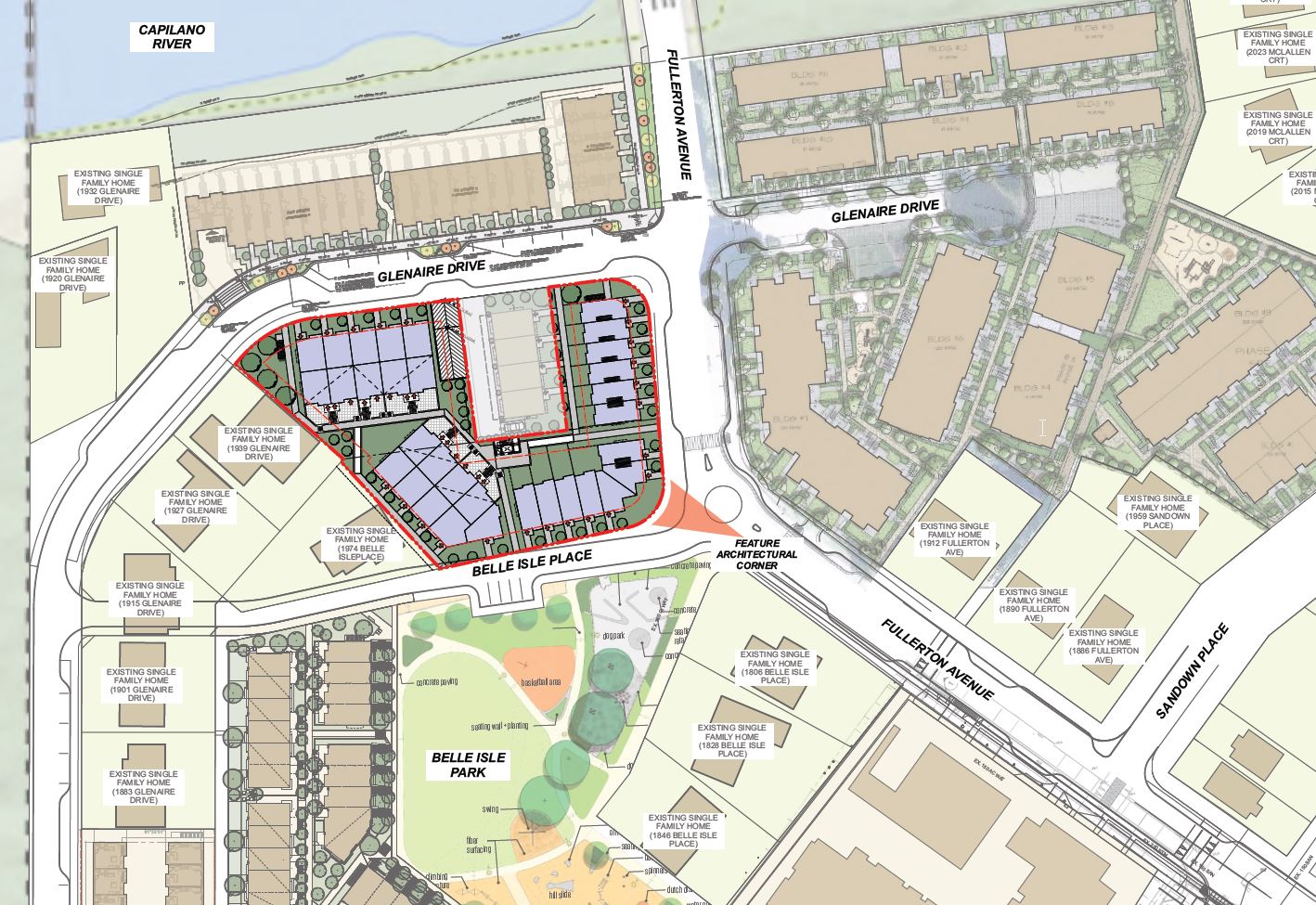 Even with all of these redevelopment projects, the neighbourhood still has large single-family residential lots that could be used for further townhouse projects, as prescribed by the District’s Official Community Plan.