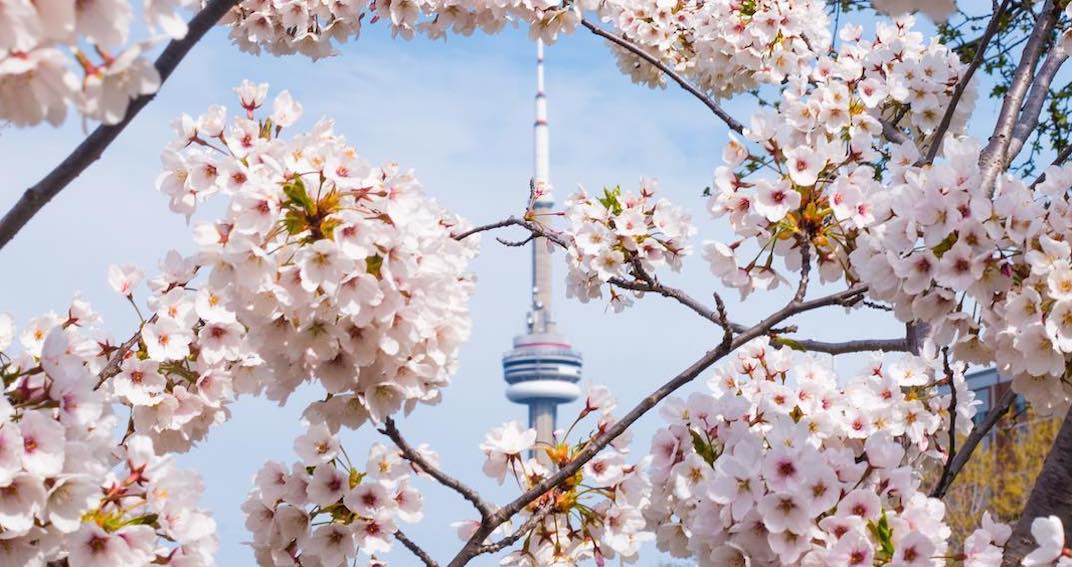 Visitors to Toronto’s cherry blossoms will be able to get a bit closer to the blooms this year as the barricades are coming down.

The City of Toronto erected fences around the Sakura trees in High Park as part of its pandemic protocol. Instead of allowing people to get close to the blossoms, they set up a live feed of the trees online.

In 2020, the City closed High Park during peak bloom season. In 2021, the City put up fences. Not surprisingly, erecting the fences wasn’t a very popular idea.

The City said the fences were a necessary public health measure, but many pointed out that it was relatively pointless. The fences were to limit crowding, but people crowded outside of the fences instead.

Now, finally, the fences have come down, and people will be able to view Toronto’s cherry blossoms without any barricades. The City’s Bloom Cam will still be in operation this year, so you can also check out the blossoms from home.

“When the peak bloom begins, I encourage you to rediscover the cherry blossoms in High Park and in cherry blossom locations across the city,” Mayor John Tory said in a press release.

The cherry blossoms are in the very early stages of blooming, and a peak is expected to be in late April or early May!