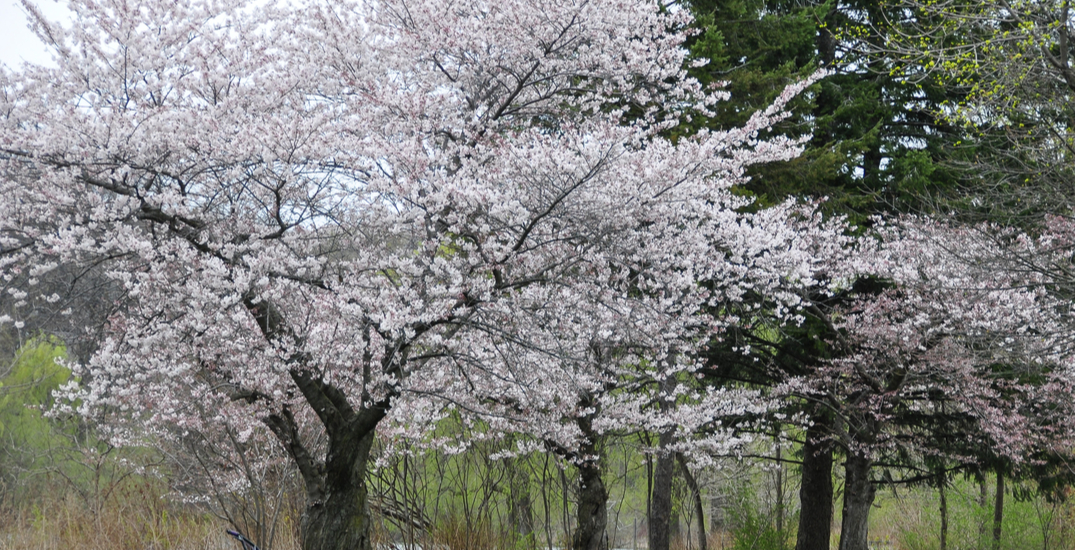 The spring season is officially here, and that means people are counting down the days until High Park’s cherry blossoms bloom.

It’s far too early in the season for a true prediction, but cherry blossom bloom predictor Sakura Steve, also known as Steve Joniak, is hopeful for a late April or early May bloom.

Sakura Steve maintains a website dedicated to the Sakura, or cherry blossoms, in High Park. He posts his predictions and keeps the website updated on the state of the blooms each season. While he hasn’t officially rung in the season on his website yet, he will be providing an update soon.

“The trees are still only in the early stages of bud development; I can estimate a timeframe of late April into early May,” he told Daily Hive in an email.

It likely won’t be until about mid-April until he’s able to make a solid prediction. With spring weather anticipated to be all over the place, it could muddle things further. Sakura Steve said it would take consecutive warm days to make the cherry blossoms bloom early, and so far, that doesn’t appear to be in the forecast.

“This winter, having one warm day followed by snow or plummeting temperatures the next do little to effect progress,” he added.

Unexpected cold days late in the blooming season could potentially harm the blossoms. If temperatures plummet a week or so before the blooms open, it could be harmful. However, it doesn’t mean there won’t be any blooms.

“That’s when the cold can damage the growth of the potential blossoms and shorten their viewing time as they would then fall much more quickly,” he said.