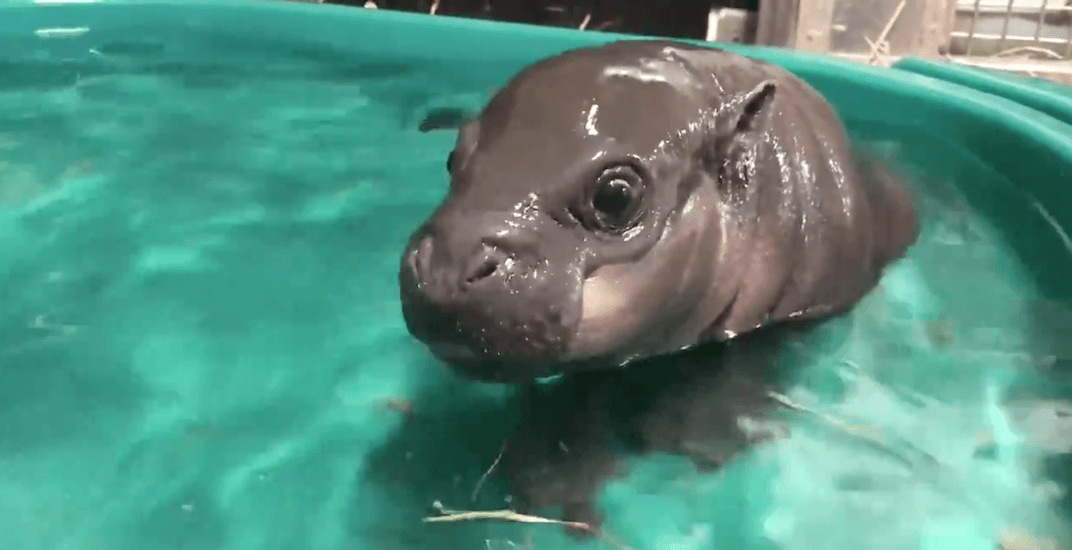 This was easily one of the hottest weeks of the summer.

In fact, it was so hot, Toronto broke a 73-year temperature record earlier this week, and it appears everyone was doing their best to keep cool, including the Toronto Zoo’s adorable new baby hippo.

On Friday morning, the zoo shared a video of the baby hippo splashing around in her “big girl pool” and she couldn’t look happier.

According to the zoo, she’ll continue to be offered larger pools as she gets older and more comfortable with swimming.

Good morning from our baby pygmy hippo. 👀 She has graduated to her big girl pool, and will continue to be offered larger pools as she gets older and more comfortable with swimming. She ❤’s the 💦 #BabyPygmyDiaries pic.twitter.com/MC33Us720q

On August 10, the 12-year-old female pygmy hippo Kindia and 23-year-old Harvey welcomed the birth of the adorable baby hippo.

This recent birth is very important for pygmy hippopotamus conservation as the species is currently listed as endangered on the International Union for Conservation of Nature (IUCN) Red List of Threatened Species.

Currently, there are only approximately 2,000 to 3,000 left in the wild in West Africa, with Liberia having the majority of the population.

This is the seventh birth of a pygmy hippopotamus in Toronto Zoo’s history, and the first pygmy hippo birth since 1999.