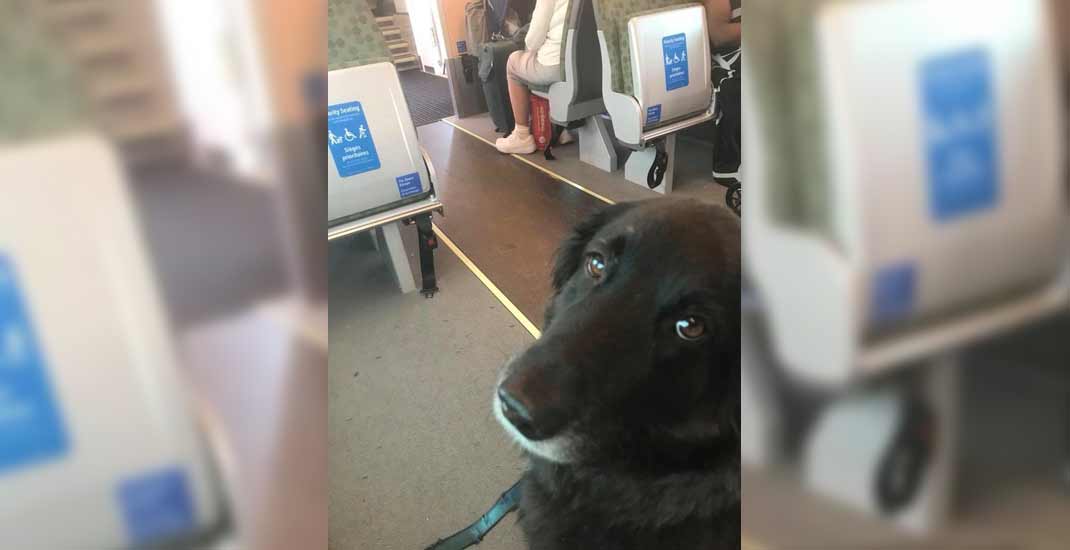 In today’s edition of the secret life of Toronto pets, a dog from Scarborough took a joyride on the GO train all the way from the Rouge Hill to Union Station.

Over the weekend, Marley, who also goes by Marbles, went on a bit of an adventure after escaping his house and hitching a ride on the westbound Lakeshore GO train to Union Station.

After only being gone from the house for ten minutes, the family received an unusual call from a conductor on the GO train.

“So the good news is we have your dog, but the bad news is he is headed to Union Station with us,” said the conductor.

In a Facebook post, Kia Andersen, Petersen’s daughter, thanked the staff for looking after Marley and getting him back to the family safely.

“Thankfully his cute face made him tons of friends on the train and at Union,” she wrote.

Metrolinx spokesperson Anne Marie Aikins said it appears Marley learned the GO train changed its dog policy, only he missed the part about needing to have your human with you.

Family lost their Marbles on a GO train.

Best story. Marley (aka Marbles) heard we changed our dog policy so hopped on a train at Rouge Station. He missed the part about needing to have your human with you. https://t.co/DnoVDpob95 pic.twitter.com/CxJddpG5X8

Aikins added that it is “a first” for the transit service’s lost and found department and that Marley is welcome back anytime with his family.

More on Marleys adventure on a GO train:@GOtransit Staff tell me customers were eager to dog sit offering first a tie as a leash & later a belt so Marley could get belly rubs from as many as possible. Lost & Found Staff say he was their first. pic.twitter.com/PTBl56J6fg

Everyone wanted their Marley and Me moment. ❤️

Marley is welcome back anytime. With his family that is… pic.twitter.com/l2FE9uL6HB