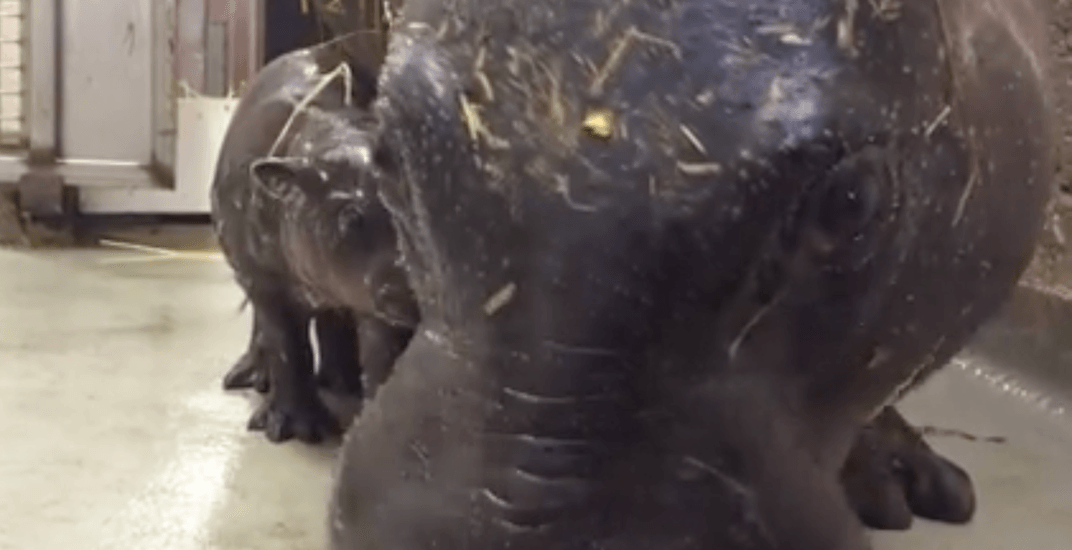 You now have another reason to pay the Toronto Zoo a visit this summer.

On August 10, the Zoo’s 12-year-old female pygmy hippopotamus Kindia and 23-year-old Harvey welcomed the birth of their adorable baby hippo.

And the recently released video of the newborn is seriously the cutest thing you’ll see all month.

We are excited to announce that Kindia, a 12-year-old female pygmy hippopotamus, gave birth to a female calf on Friday, August 10 at 10:52 pm 🦛 Details: https://t.co/qBaYKLV6rm #BabyPygmyDiaries pic.twitter.com/sNeBlLaGhh

While the calf appears healthy and is feeding well, the first thirty days will be critical for both Kindia and the calf. Toronto Zoo Wildlife Care staff will continue to closely monitor the pair in the maternity area, which is not visible to the public at this time.

This recent birth is very important for pygmy hippopotamus conservation as the species is currently listed as endangered on the International Union for Conservation of Nature (IUCN) Red List of Threatened Species.

Currently, there are only approximately 2,000 to 3,000 left in the wild in West Africa, with Liberia having the majority of the population.

This is the seventh birth of a pygmy hippopotamus in Toronto Zoo’s history, and the first pygmy hippo birth since 1999.