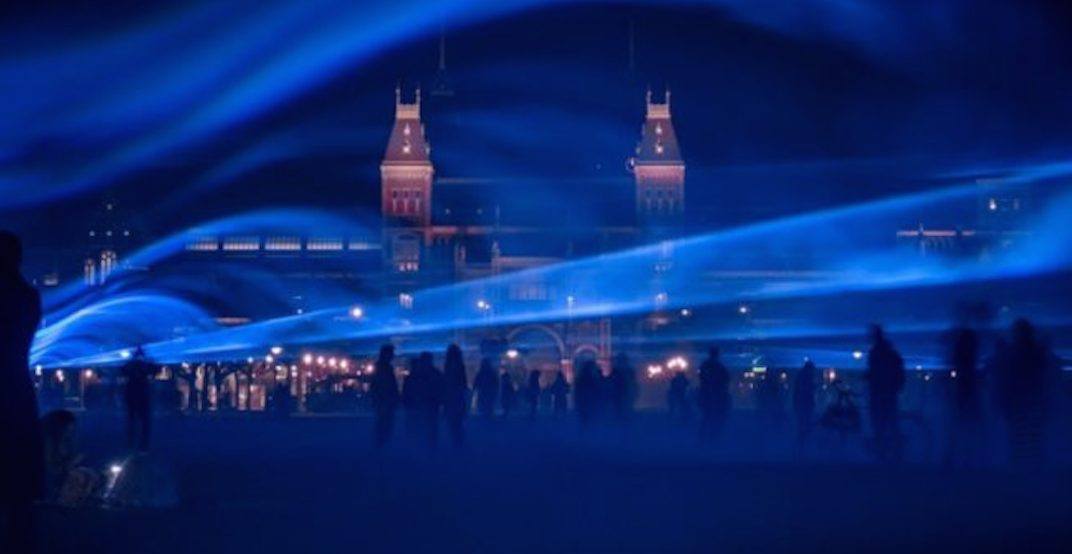 This weekend only, a monumental light installation, designed by acclaimed Dutch artist Daan Roosegaarde, will light up below the Gardiner Expressway.

Titled Waterlicht, the large-scale installation uses LEDs, special software, and lenses to create larger-than-life cascading waves of blue light that will soar under the Gardiner, simulating a virtual flood.

Intended to be a call to action, the installation calls attention to rising water levels along Toronto’s shoreline.

Additionally, there will also be audio recordings by prominent historical figures talking about Toronto’s waterfront throughout the exhibit.

Originally, Waterlicht was created for the Dutch District Water Board and has since become a travelling exhibition, with site-responsive versions staged in Amsterdam’s Museumplein, London’s Granary Square, and Paris’ Parc Clichy-Batignolle.

Starting this Friday, October 12, Waterlicht will make its Canadian premiere in Toronto at The Bentway, running until Sunday, October 14.

#WATERLICHT is a call back to our past (with #TOBentway following the original shoreline of Lake Ontario) but also a call to a potential future. https://t.co/njzAalgq1l pic.twitter.com/FFtFLs0sGR

Waterlicht at The Bentway