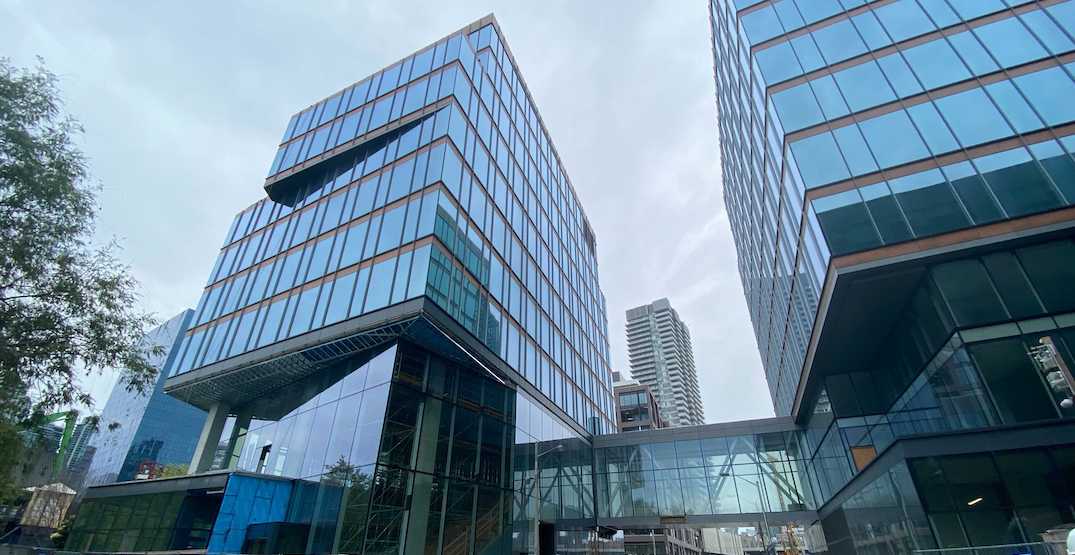 The Toronto waterfront is undergoing a massive redevelopment, and one part of it that’s already taking shape is the new Waterfront Innovation Centre near Sugar Beach.

The 350,000 sq ft, two-building development on Queen’s Quay is currently under construction, but once complete, it will be home to more than 2,000 employees and possibly a new waterfront restaurant. 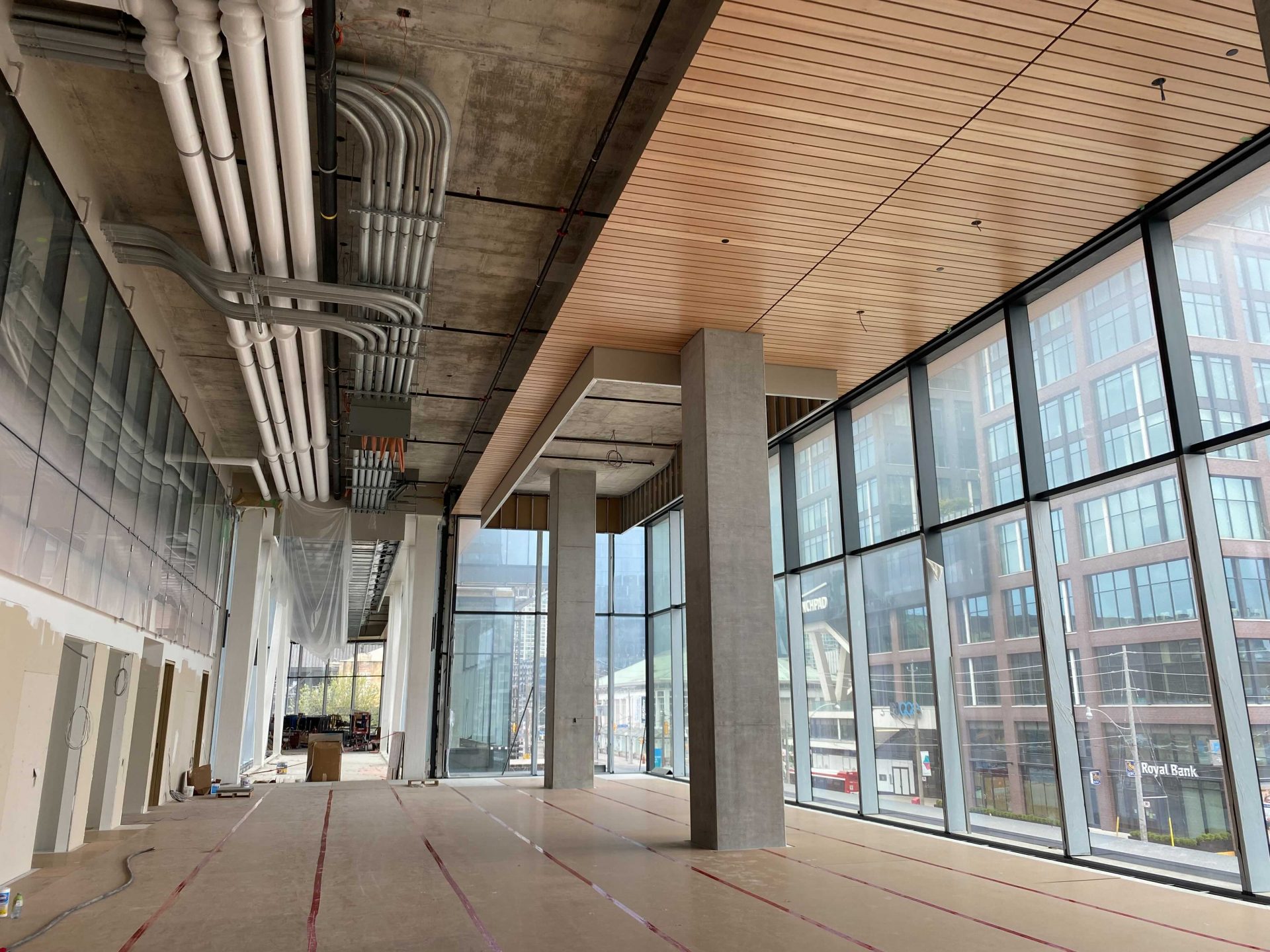 Developer Menkes is building the office space on city-owned land as part of Waterfront Toronto’s 2,000-acre redevelopment plan. A majority of the development has already been leased out to advertising agency WPP. But according to Menkes Vice President of Office and Retail Sean Menkes, they are still in the process of securing tenants for the rest of the office and retails space, including one area on the ground-floor that Menkes says would be a “great restaurant opportunity.” 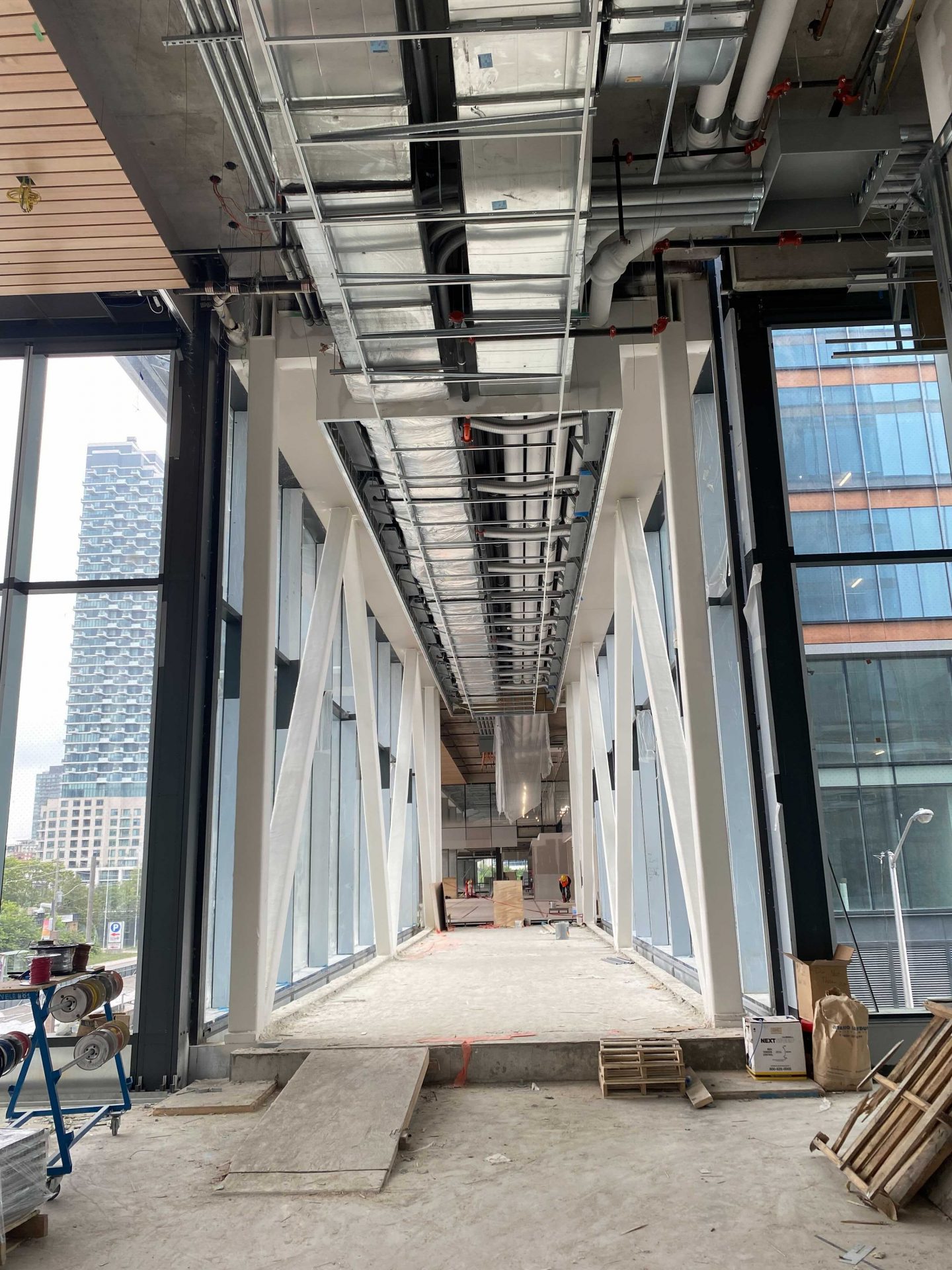 Construction crews are also in the process of adding in a number of high-tech, sustainable features to the development, including an energy efficient heating and cooling system and solar panels on the roof that will generate 5% of the building’s energy. 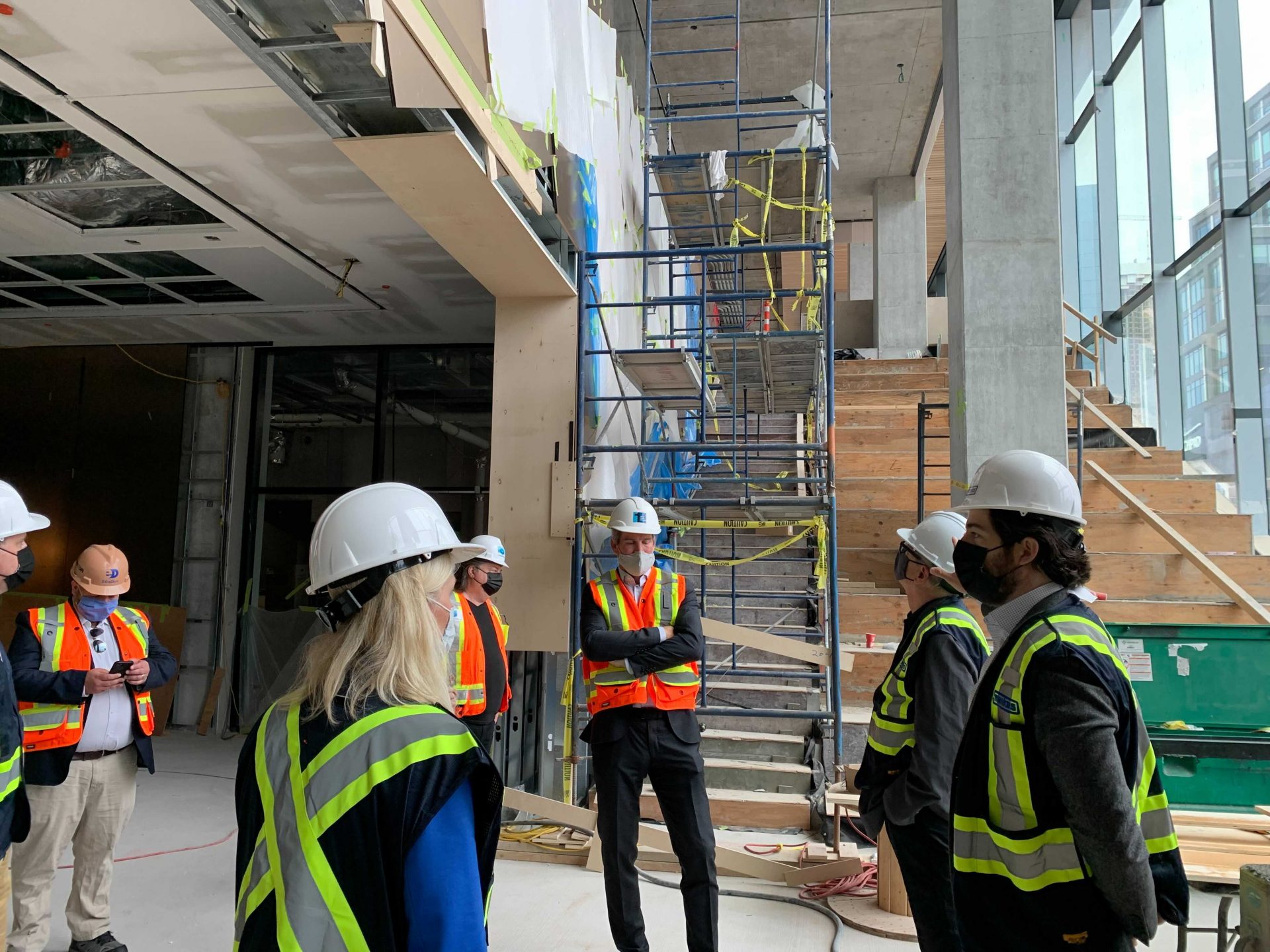 Minister of Infrastructure Catherine McKenna was on-site on Friday to get a first look at the new Toronto Waterfront Innovation Centre. McKenna, who has been a supporter of the waterfront redevelopment on a federal level, says that with city dwellers wanting more access to nature, developments like this that are revitalizing the water-front space are increasingly important.

“COVID has made us all recognize that we need more spaces that are outdoors, that are out in nature,” McKenna told Daily Hive. “That is good not only when you’re in COVID and need to social distance, but it’s [also] good for mental health, it’s good for plants and animals.

“It’s a gift for Toronto to have this waterfront because for a long time it wasn’t accessible. This project is amazing. What I love about it is sustainability is number one.” 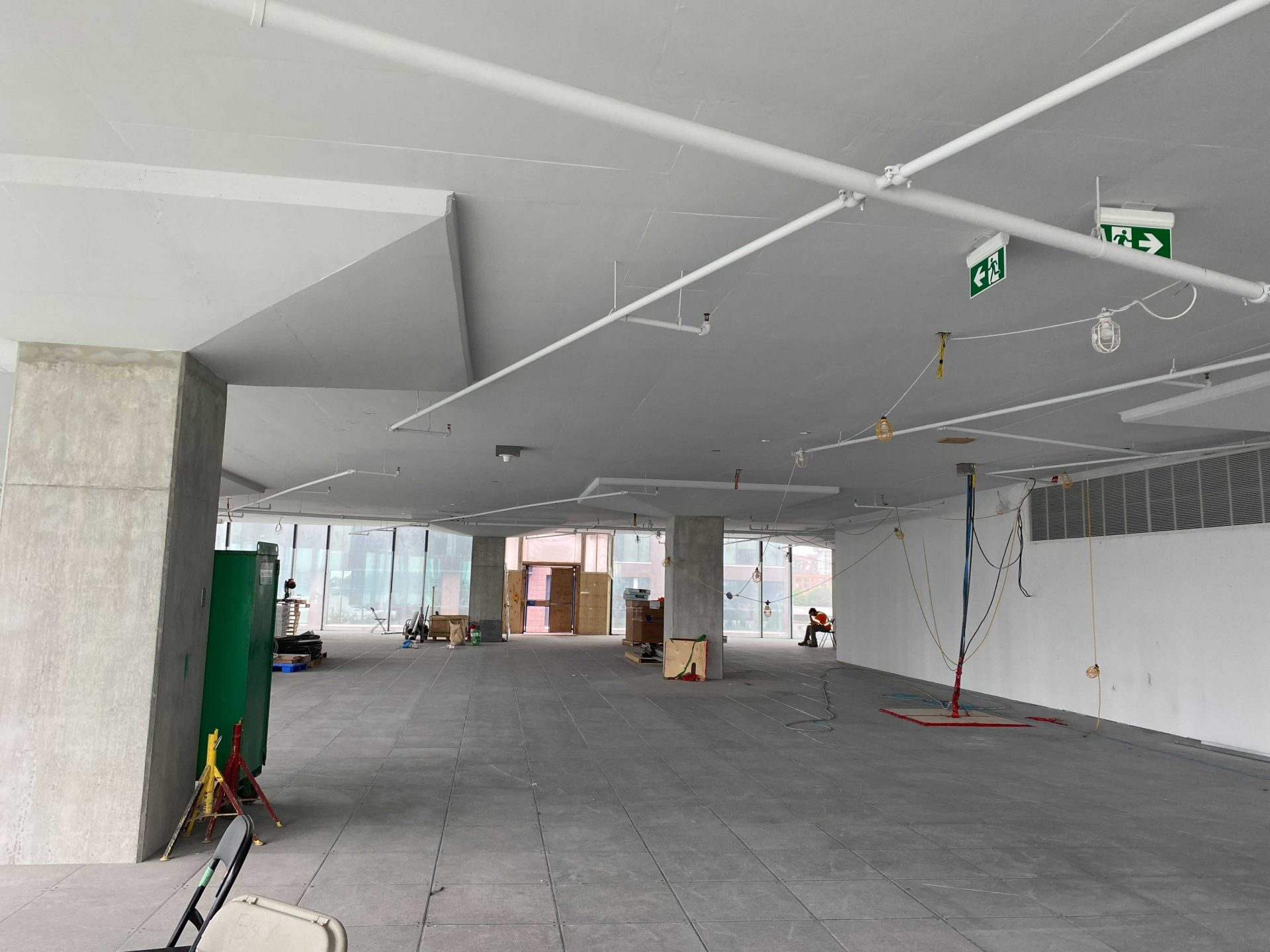 The waterfront redevelopment, which includes projects such as Parliament Slip, Villiers Island, and the new Port Lands river, is one of the largest of its kind in the world, McKenna says.

“With the Waterfront Toronto revitalization, people don’t understand how important it is — the scale of it,” McKenna said. “It’s one of the largest waterfront redevelopments in the world, and it’s really about how do you reimagine public space and how do you reclaim spaces in a way that’s consistent with the natural environment, but also links in with the vision for the city, because it’s growing.”