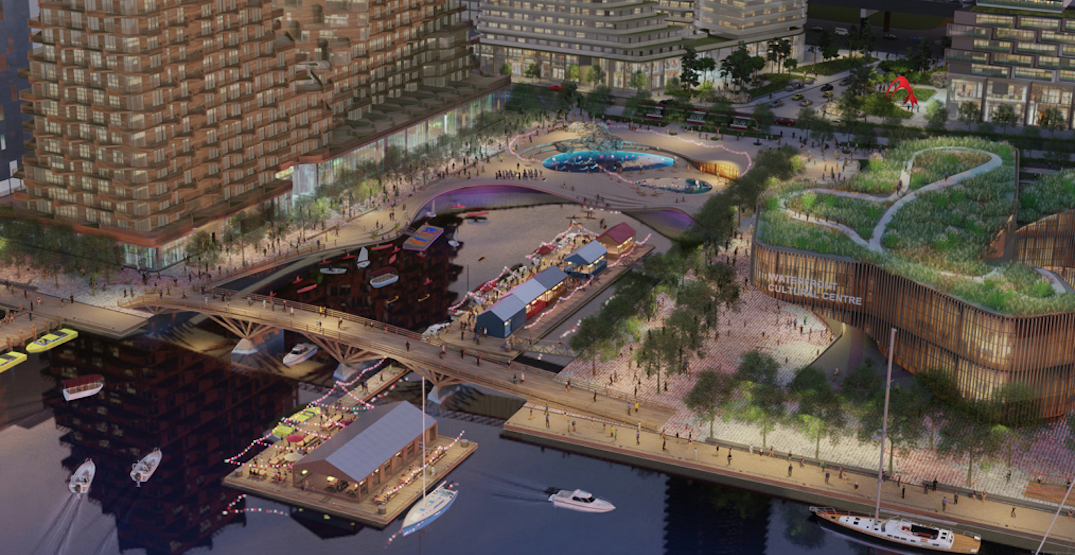 An underused waterfront slip at the base of Parliament street may soon become a hot Toronto destination.

The renderings show that where the slip meets the street, there will be a rock wall with a large outdoor pool just to the south of it. The public pool will also include either a small wading pool or a splash pad. 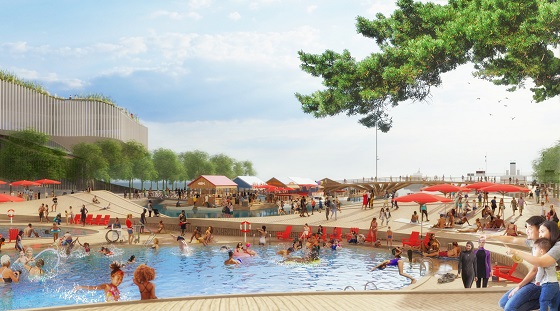 Moving towards the water, plans call for a WaveDeck to be built, which will also double as an amphitheatre with stepped seating. The WaveDeck will also have a canoe and kayak launch connected to it.

On the west side of the slip, stretching out into the lake will be a fixed pier that can accommodate water taxis or other future marine transportation. 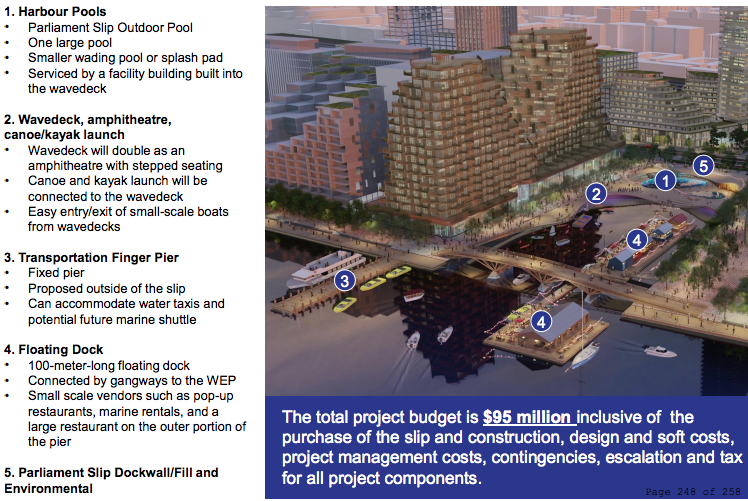 And on the east side, there will be a 100-metre-long floating dock featuring a large restaurant and a number of small-scale vendors, such as pop-up restaurants and marina rentals.

The entire project is expected to cost $95 million, including the purchase of the slip, design costs, and construction costs. It is currently in a preliminary design phase, but according to Waterfront Toronto, construction is expected to begin in September 2022, with completion estimated to happen in summer 2025.