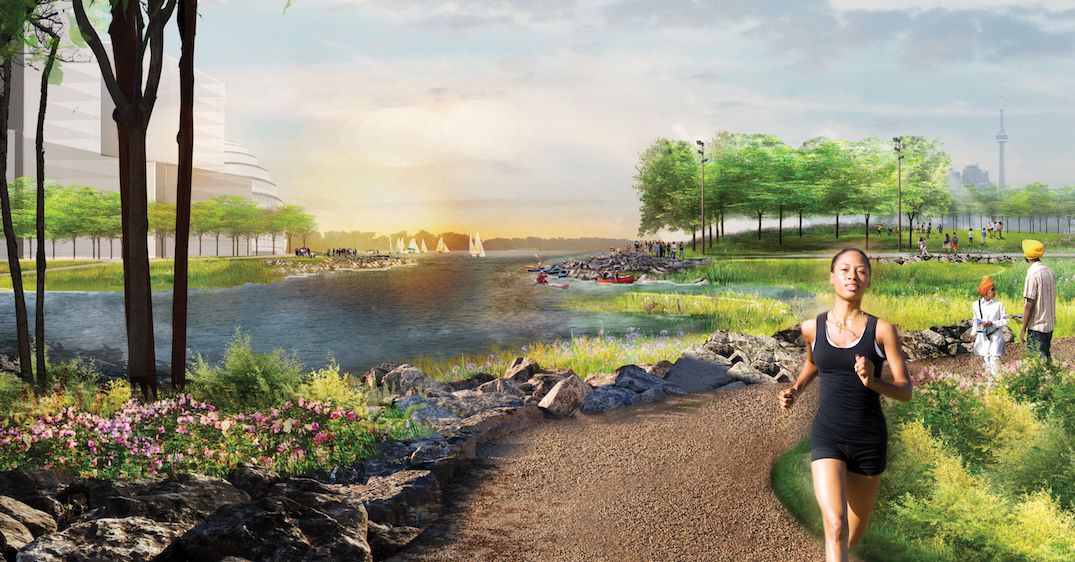 As the summer months get closer, Torontonians will be flocking to the Toronto Islands to enjoy a little escape from the city. But a development in the works will soon give the city a new island, and one that’s within walking distance from downtown.

The Villiers Island precinct development has been in the works for years. Formerly referred to as Cousins Quay, the Island will give Toronto a stunning new waterfront community, surrounded by water on all sides. 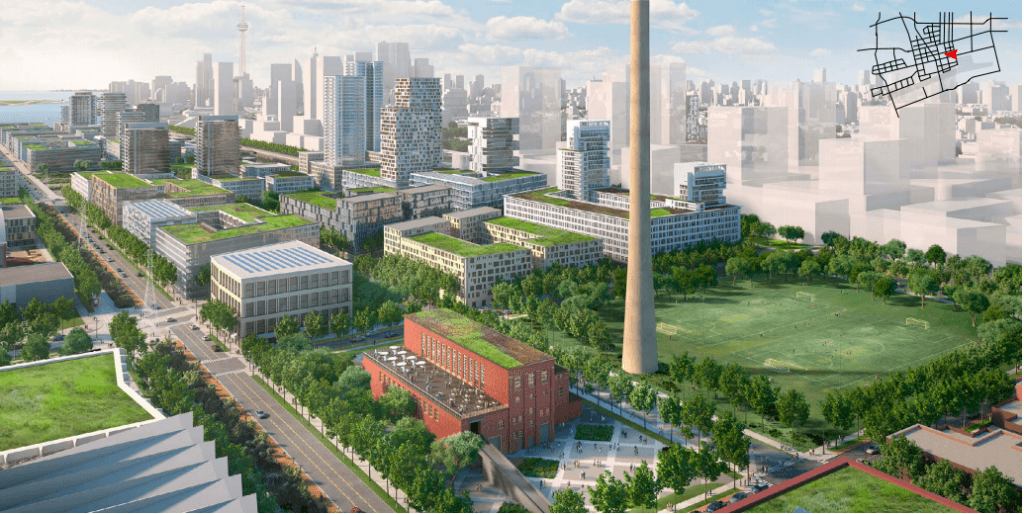 While it’s currently not an island, Villiers Island will be created when the new mouth of the Don River and flood protection features are built, according to Waterfront Toronto.

Bound by the Keating Channel to the north, Toronto’s Inner Harbour to the west, Polson Slip to the south and the Don Roadway to the east, the city’s new island will be approximately 88 acres in size, with a developable area of 54 acres.

Developers are planning parks and public spaces for the remaining 34 acres of space. 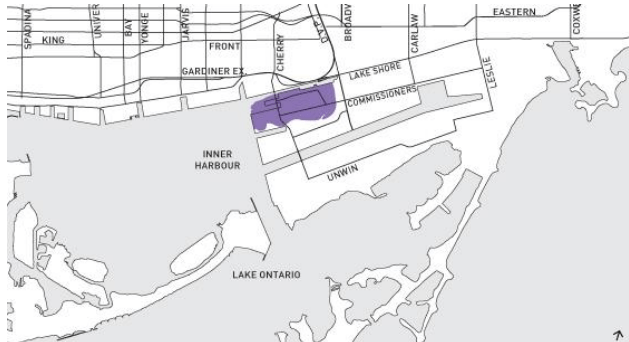 Last summer, the Federal Government announced funding that would go towards the Port Lands project, which includes Villiers Island. The joint funding, between the province, feds, and the city, will pump $1.185 billion into Waterfront Toronto, which lays the groundwork to transform the underused industrial area into “a vibrant and resilient downtown neighbourhood.”

Like the Toronto Islands, Villiers will provide views of Toronto’s Inner Harbour and the city’s skyline. According to Waterfront Toronto, during the initial development phases, “the island will be transformed from a commercial/industrial area to one that invites people to the water to enjoy a diverse range of activities and spectacular new parks and public spaces.” 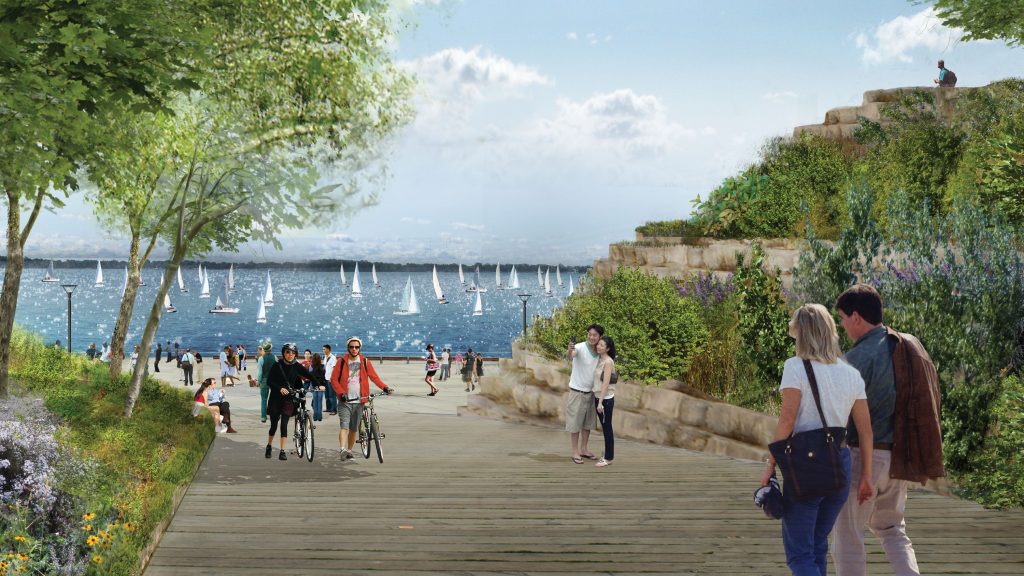 As development continues, this Island will be a mixed-use area. Villiers Island is being planned as Toronto’s first climate positive precinct, and will be developed as an innovative ‘climate positive’ community, with carbon reduction and sustainability built into its design.

To reduce emissions from transportation, the Island’s Precinct Plan states that “all transportation energy demand should be supplied with non-emitting renewable energy.”

To encourage sustainable transportation choices, the Island will empower residents and visitors to use low-carbon modes of transportation, such as “frequent and excellent public transit options, and proper active transportation infrastructure, including dedicated cycling routes on New Cherry Street, New Munition Street, and Villiers Street.”

As for public transit, there are two planned transit stops, one located at Centre Street and New Cherry Street, and the other at Commissioners Street and New Munition Street. These specific locations ensure the entire Villiers Island community will be within a 5 minute walking distance of transit.

Because it will be an island, the plan suggests that there is the potential to expand Toronto’s ferry service link to connect the Port Lands to other waterfront destinations. The western dock provides a potential location for ferry service connection to the Jack Layton Ferry Terminal.

There may also be a water taxi terminal, which would be a valuable addition to the overall transportation network. 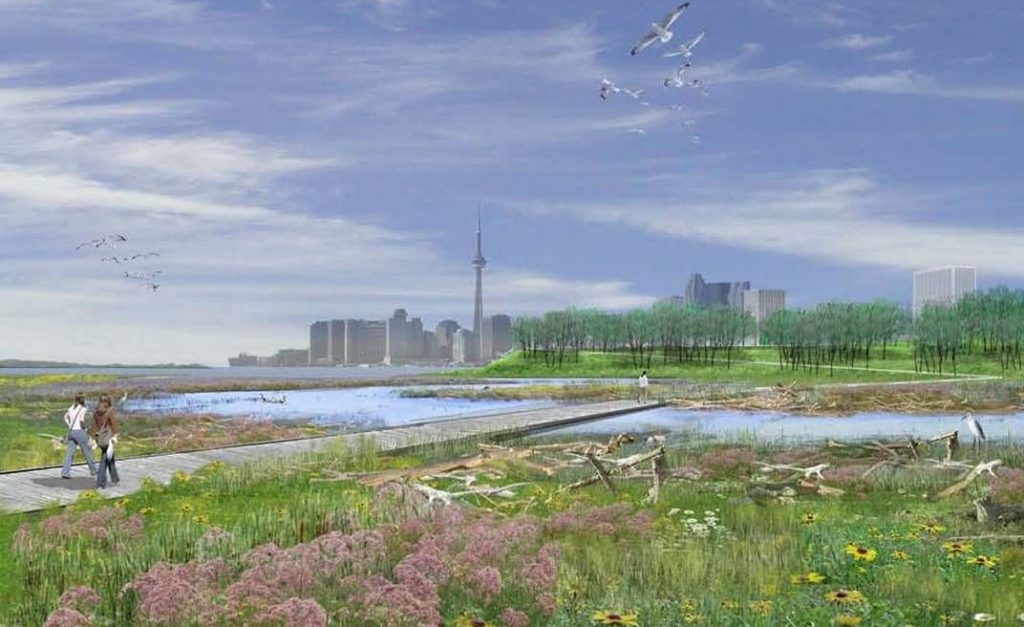 An island wouldn’t be complete without parks and public space, which is why the developers plan to incorporate a “comprehensive network” of both, focused on the waterside edges. Current plans for this include: Promontory Park, a large regional-scale destination and signature park overlooking the Inner Harbour; Villiers Park, a community-scale park, with active recreational amenities for the local community; The Keating Promenade, an urban and highly animated promenade along the historic Keating Channel, featuring a series of plazas including Silos Square; and River Park, a naturalized park with recreational trails and programming along the river valley. 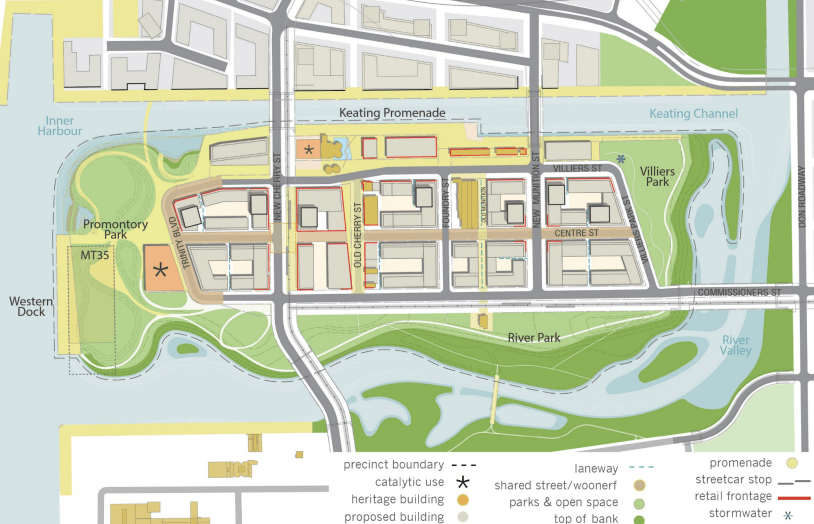 With the surrounding areas in the Port Lands substantially used for employment, Villiers Island will be a predominately residential community, complimented with a mix of retail, employment, recreational, and cultural uses. The inclusive communities at Villiers will support a mix of incomes, and affordable rental housing will comprise of 20% of all housing units.

The Island will also include a Community Centre, an elementary school, and a local fire station.

The Port Lands Flood Protection project will take approximately seven years to complete and will be delivered by Waterfront Toronto, who hold regular consultations and public meetings on the project.

Once the DMNP EA and LDL EA are complete, Villiers Island will be the first area in the Port Lands to undergo redevelopment.

We can’t wait to have another island getaway, right here in Toronto. 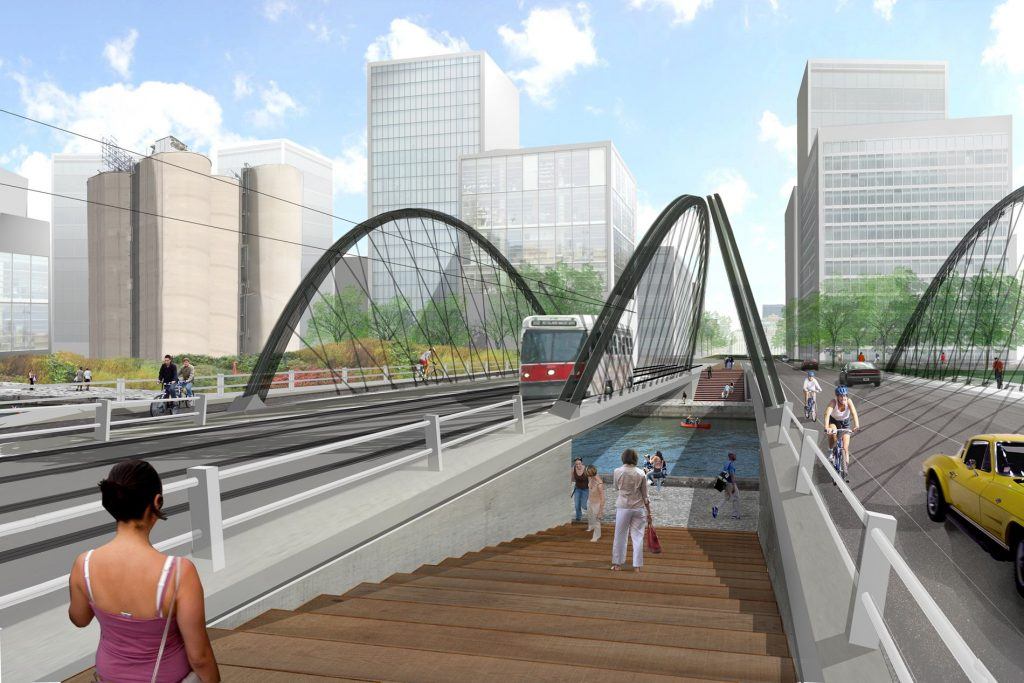 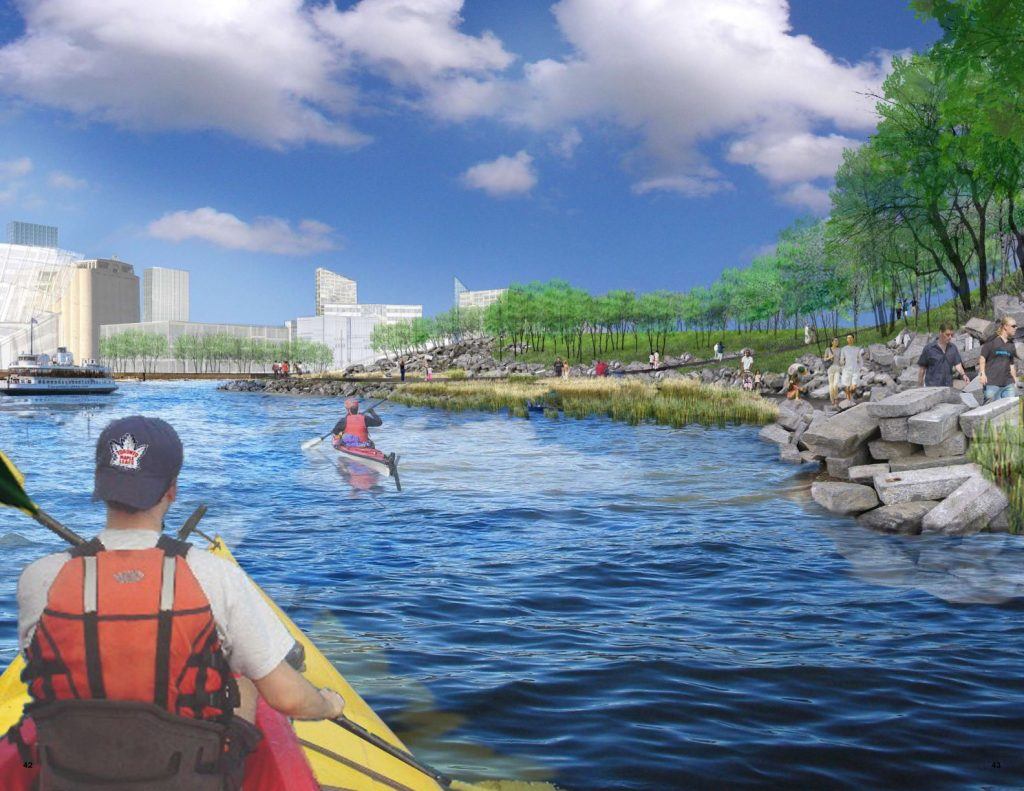 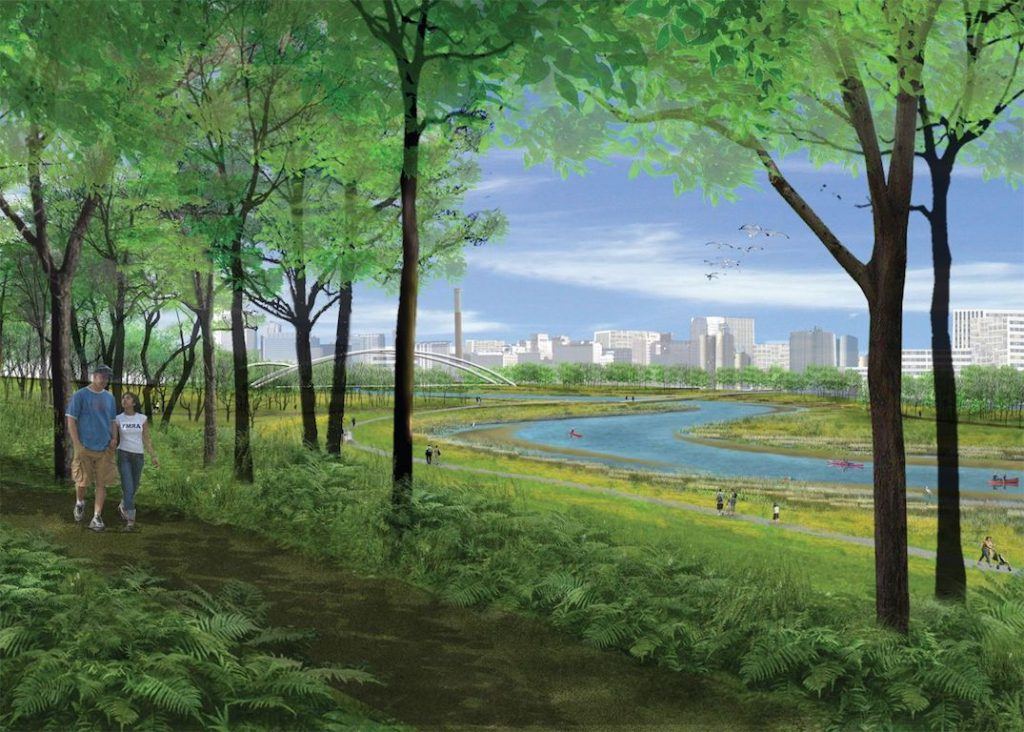