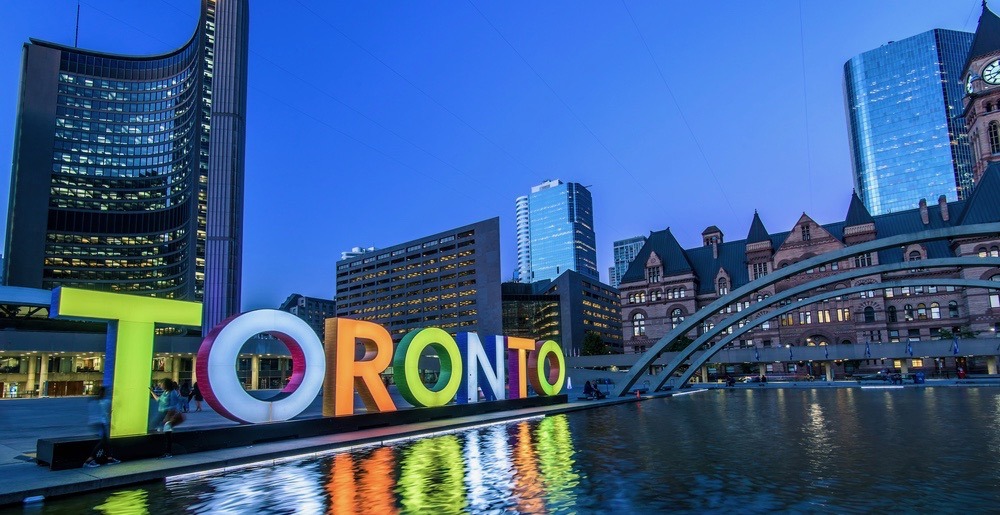 The city is officially looking to upgrade its iconic Toronto Sign at Nathan Phillips Square.

A Request for Proposal (RFP) will be issued next week, allowing the process of selecting a “new, more durable Toronto Sign” to take place.

The current Toronto Sign has been in place since July 2015, when it was introduced as a temporary attraction for the Pan American and Parapan American Games being held in the city. Built for short-term use, city staff has determined that it would be better to replace the four-year-old sign — now showing “significant wear and tear” — with a new edition that will be “be easier to clean, be made of waterproof material, and will have augmented lighting capacity and other creative features to support public engagement and interaction.”

The popular attraction plays host to millions of selfies and photographs every year, and has become a highly recognizable feature of Toronto. (The city claims that 122 million social media impressions were tracked for the sign within its first six months.)

“A city’s visual icons are vital in marketing a destination. The Toronto sign has quickly become one of Toronto’s most recognized landmarks and figures prominently in our marketing initiatives, as well as in the pictures shared by millions of visitors with their friends and families around the world.”
– Andrew Weir, Executive Vice President, Destination Development at Tourism Toronto

The new Toronto sign will keep its former design, including both its maple leaf and medicine wheel, and, according to the city, the goal is to have it installed by the end of 2019.

The city will use reserve funds to pay for the new sign.