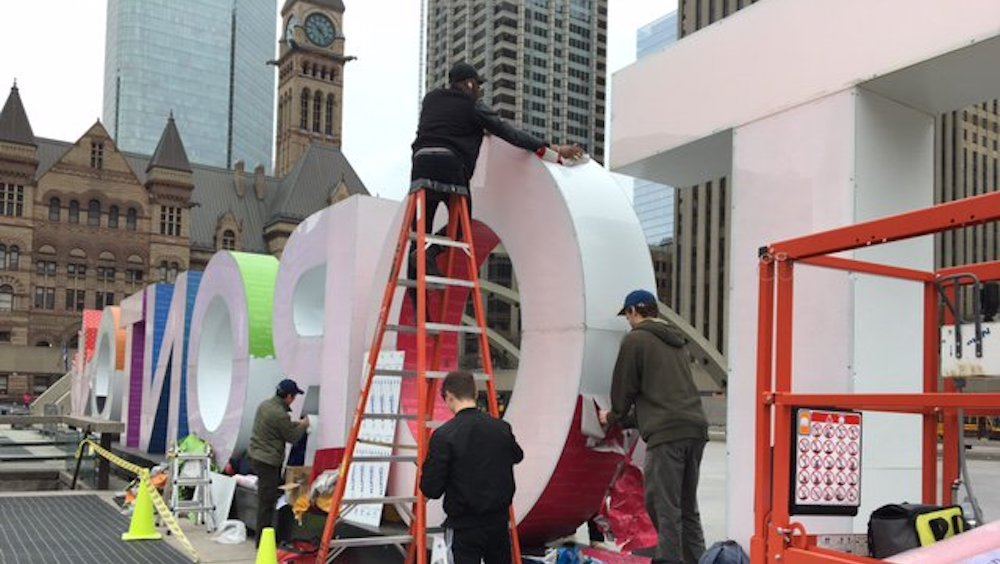 The sign was developed as part of the City of Toronto’s Host City Showcase Program to celebrate the 2015 Pan Am and Parapan Am Games.

It has since become a symbol for the city, and one of the most photographed landmarks. Naturally, the letters spelling out the name of our beloved city saw some wear and tear over the years.

So now, the City of Toronto is working on repairs and re-wrapping the sign, just in time for summer.

The City said the sign will be off-limits periodically until the repairs are complete.

Toronto Sign is currently undergoing a re-wrap. The sign will be off-limits periodically until further notice. More updates to come soon pic.twitter.com/7CSYcssO3Q