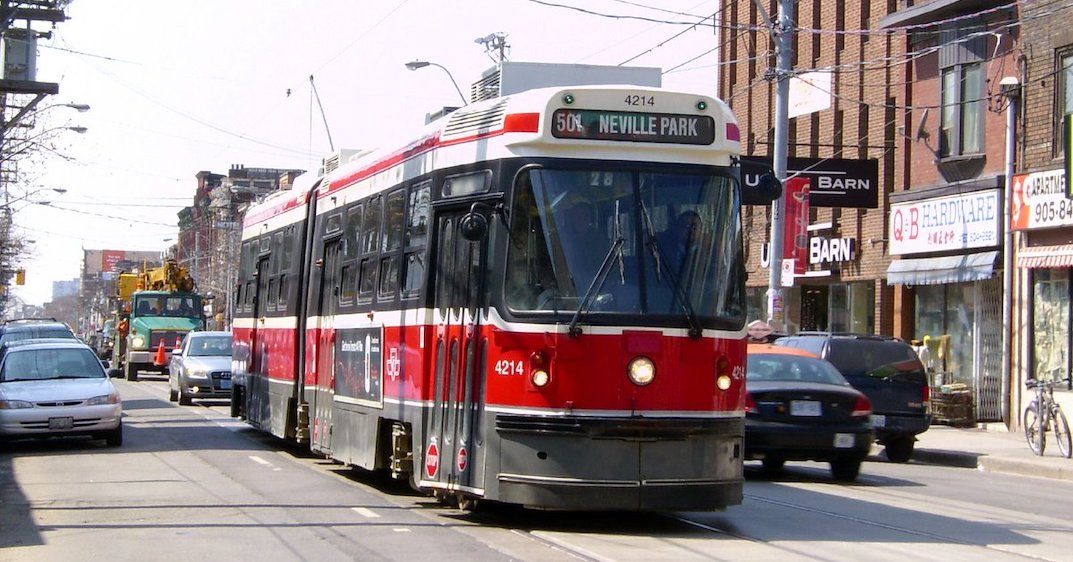 There are only a few more days to take a ride on one of the TTC’s oldest streetcars.

On Monday, September 2, the TTC is retiring its last two articulated light rail vehicle (ALRV) streetcars, which have been in service for over 30 years.

First introduced in 1988, the ALRV streetcars were considered a landmark achievement at the time, allowing the TTC to increase capacity on its busiest routes at a time ridership was increasing.

According to Jaye Robinson, Toronto City Councilor and TTC chair, both remaining vehicles will run on Queen Street from 2 pm until 5 pm on Labour Day.

And service on the two ALRVs will be free on their last day in commission.

The #TTC is officially retiring the ALRV streetcars! The remaining two cars will make their last journey on Monday September 2, 2019 and will provide #free service to riders. Look out for them along Queen Street from 2-5PM on Labour Day. 🚋

But don’t worry, the retiring streetcars won’t end up in the middle of an Ontario forest or anything like that. TTC spokesperson Stuart Green said the vehicles will be stripped of useable parts and the rest will be recycled by a contractor.

Once the fleet is retired, the TTC will retain and preserve one ALRV, joining other legacy vehicles.

And while Torontonians always love to hate on the TTC, it looks like some people are actually pretty sad about this model entering retirement.

😭😭😭 Iconic! Gonna miss the refreshing breeze from a open window on a hot summer day (or winter day when the heaters were a bit aggressive) after servicing a stop. It’s a miracle that a streetcar network still exists in a North American city. ❤️ #TTC ❤️ #Toronto #TOPoli #ONPoli pic.twitter.com/Kh1R9WHnRe

Their air conditioning was a highlight. Unlike the new ones, the driver was also in a good position to yell at various drunks and dismiss the disorderly from his ship.

So, if you want to be apart of TTC streetcar history, make sure to catch a ride on the last of the remaining ALRV streetcars this long weekend.