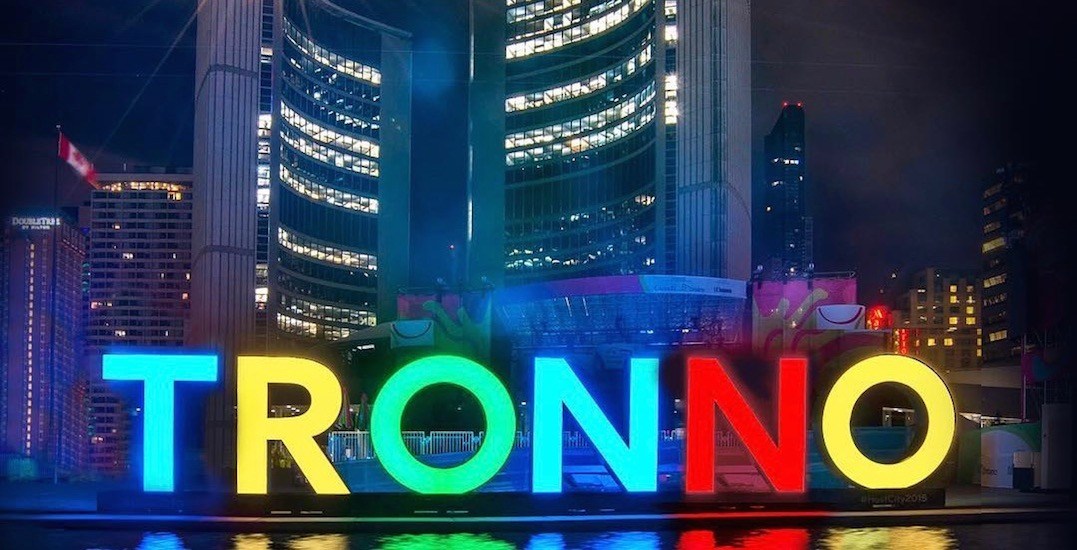 If one thing’s for certain, it’s that over the years people have given Toronto a number of interesting nicknames.

But what is easily the worst thing to do when naming our fair city is to butcher its name by overemphasizing the T’s and calling it “Tor-on-Toe”. As any local will tell you, the true pronunciation involves letting the letters roll off your tongue, ending up with something akin to ‘Tronno’, or ‘Turrono’.

Which is why the internet lost it when Reddit user laurenonizzle recently shared a photo of the city’s iconic Toronto sign at Nathan Phillips Square with a much-needed upgrade.

Anyone that’s visited the square over the last few years knows there’s a massive Toronto sign on display, that’s quickly become the ultimate place for tourists to stop and take pictures.

However, thanks to a creative Torontonian, the sign has received a clever update and now rightfully (in this photo at least) reads “Tronno”.

While we can only assume that this was a fun Photoshop project, maybe tourists will get the hint that they’re pronouncing Toronto all wrong.